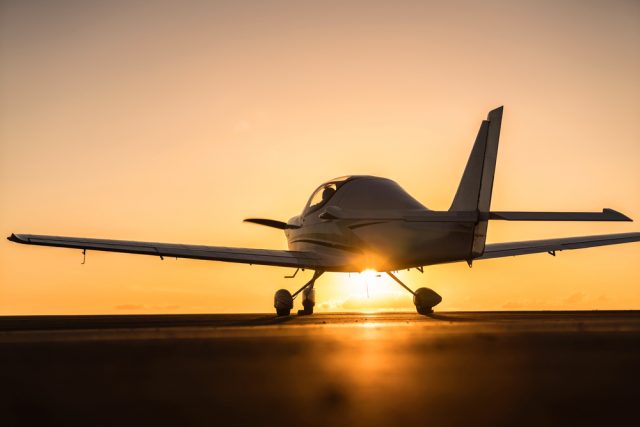 The aviation world is once again abuzz with the news that a very young person had successfully flown a small plane around the world. Once again, we won’t name that person or discuss the flight, though we are beyond relieved that no one was killed or injured in the record attempt. But, no, we are not reporting on it. In fact, it’s irresponsible for any media outlet to do so. Here’s why.

If you’re my age or older, you might remember a time when streaking, that is, stripping naked and sprinting though a gathering of people, was a popular… sport? It happened at the Academy Awards in 1974 and at countless sporting events. The phenomenon helped inspire the time-delay broadcast, whereby live television coverage is delayed by six or seven seconds so network censors can undo unsanctioned appearances. It also helped create a mutually agreed upon practice by television networks of turning their cameras away from the impromptu nude running event. These two practices have persisted to this day. The reason seems obvious. You don’t want to encourage crazies to make a major event all about them. The less they get covered the less return on their investment in clothes-free exercise. In today’s day of self-recorded video available on a hundred social media sites that exist to broadcast it, the practice of media limiting the exposure of people doing dangerous or overly provocative things continues, albeit with less uniformity among the media channels. But the principle is easy to grasp. If you don’t cover it, you won’t be helping to inspire the next ill-considered act, or the one after that. The act of not covering dangerous stunts saves lives.

In aviation, it’s a problem, stupid pilot tricks, though few of them get widespread coverage. The exception, albeit one that happens only every few years, is when someone attempts to become the youngest person to boldly fly some challenging mission. The around-the-world flight is the most popular.

It’s a terrible idea to establish records for the youngest person to do anything that has risk associated with it, and the major aviation record-keeping bodies purposely don’t recognize any age-related records. Good. By definition, a very young pilot is a pilot who’s just learning the ropes, but they are also learning critical cognitive skills, like risk assessment and risk mitigation. It’s truer in aviation perhaps than in any other discipline that people without much experience or expertise simply don’t know what they don’t know. And when it comes to flying, what you don’t know can kill you.

In 2014, a 17-year old American high school student Haris Suleman were killed during an attempted 30-day circumnavigation of the globe when the Beechcraft A36 he was flying crashed into the Pacific near Pago Pago, killing Suleman and his father, Babar, who was along on the flight but just to observe. If he had succeeded, the younger Suleman would have been the youngest pilot to ever do the round the world flight, and the flight would have been the fastest trip around the globe in a small plane ever. Haris Suleman would be 24 today, perhaps a recent college grad with friends and a love for aviation. But he will always be just a 17 year old who died trying to break an aviation record.

The most extreme example of this madness was the tragic tale of Jessica Dubroff, who at the age of seven died while attempting (with a flight instructor, of course) to be the youngest person ever to fly across the United States of America.

The idea that a seven-year-old is remotely capable of the kind of skill, judgment and presence of mind to do such a thing is ludicrous. No one was fooling themselves that it was the flight instructor, Joe Reid, who also died on the flight, who was in charge. Reid admitted that it was he who was handling the controls of the Cessna Cardinal they were flying in any time it was necessary to do so. He was also responsible, as far as aviation rules are concerned, for every aspect of the flight, because it was he, and not the little girl, who was pilot in command. A seven-year-old legally can’t exercise those privileges, thank goodness. So when the Cardinal encountered bad weather and crashed on departure from Cheyenne, Wyoming, under intense pressure to meet media obligations, it was Reid and not Jessica Dubroff who was responsible.

The girl was a victim of the charade, a victim of the media circus that was indistinguishable from the flight, a flight that was conducted for no other reason than to break a record, which, as I’ve made clear, was an absurdity. I leave it up to you to decide who’s to blame, but please let me single out the media as one of those parties. Many aviation outlets even covered the story. I had the option to do that at the time, as well, and I declined, a decision my boss fully supported.

Now, the tragedy of Jessica Dubroff is a very different story than that of the 19-year-old woman who’s training to attempt to be the youngest woman to fly around the world. Note, please, that I’m not identifying that person here, because even indirectly I don’t want to imply any kind of endorsement of the flight. In fact, you might be asking, since the person preparing for the around-the-world flight is a pilot and is of legal age to make such a flight, why would I be concerned? And let me add that after the Dubroff tragedy, we passed a law that prohibits anyone too young to have a pilot’s license from attempting a record flight. Legislating common sense seems a sad move, but sometimes it needs to be done.

But is it enough? Probably not, and here’s why.

For all I know, and I purposely don’t want to know anything beyond the bare outline of the story, the young woman who completed the flight was at the outset a remarkably precocious pilot, one who at 19 years of age had the kind of judgment and skill to conduct such a flight as safely as someone 10 or 20 years their senior. But even if it were the case, and it might just be, what’s the message that we’re sending? It’s that it’s a good idea for this 19-year-old to attempt to set an amazing new record. And, if she does it, what comes next? We all know what records are for; they’re for breaking, right? So if this young woman makes the flight successfully, then some younger woman would then try to break that record, and it’s anyone’s guess how good a pilot she would be. Or how good a pilot the even younger woman after that would be. Ultimately, the record would be set by a girl launching on the flight on her 17th birthday, the age at which a person can legally act as pilot in command. How many people would think that’s a good idea? And let me make clear, my opinion on this has nothing to do with gender. It’s a terrible idea for any young person.

If we think about it, the takeaway is clear. We in the aviation media should completely steer clear of covering any record attempts that are in any way age-related. And we’d be doing aviation a great service to spread the word to the mainstream media to do the same, in case they’ve forgotten the sad tales of Haris Suleman and Jessica Dubroff, and there’s every indication that they have.