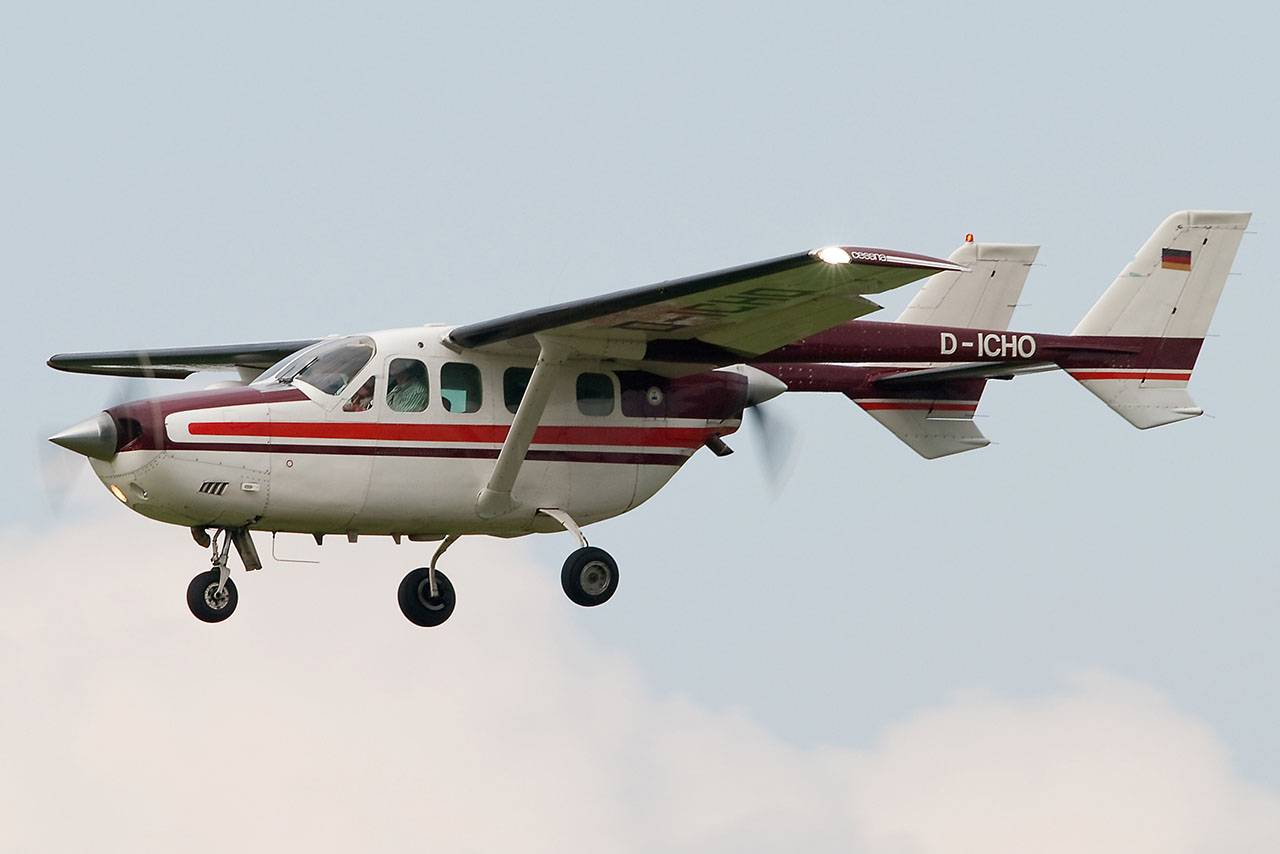 You’ve noticed that a lot of these planes were purpose-built, and this one is no exception. Except you probably know what that purpose was. The 337 SkyMaster was Cessna’s answer to the question, “How do you make a light twin that isn’t prone to loss of control following an engine failure on takeoff?” The answer was, put one motor on the front and one in the back. The Sky-Smasher had its strengths. It did what Cessna designers set out to accomplish. It wasn’t a lot safer than other twins, and it was loud. But all in all, it wasn’t a bad plane. It carries a good load, it’s a decent cruiser (around 160 knots for the non-pressurized version), and it does have that second engine. Cessna built almost 3,000 of the push-pull twins, and, if we’re being honest, it’s not as ugly as it might have been. So kudos to Cessna for that.

Granted, when its gear is extended, the SkyMaster has a lot, perhaps too much, going on. But when it’s all cleaned up and cruising along, the venerable Cessna push-pull twin is remarkably sleek and powerful looking.

Photo by bomberpilot via Wikipedia Commons