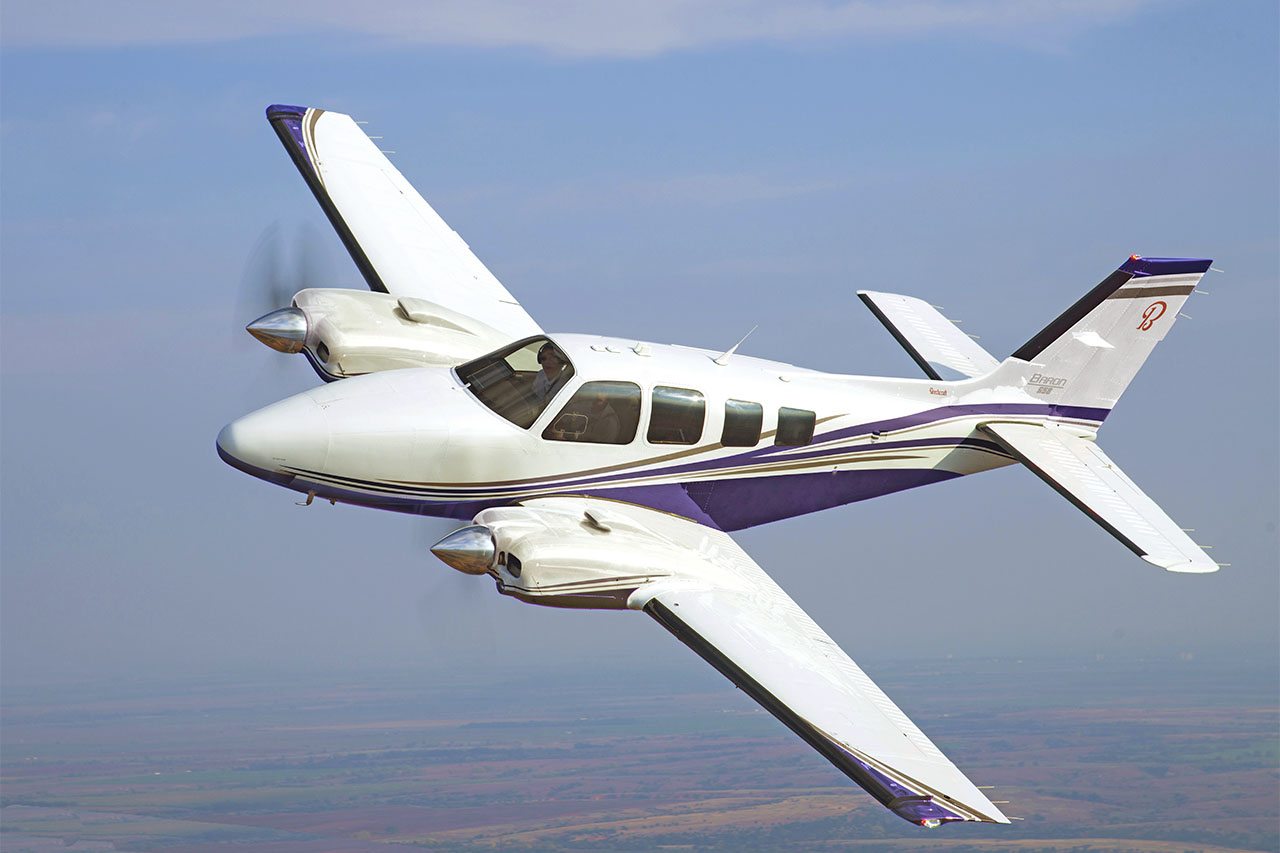 Textron Aviation’s Beech Baron has a long and distinguished history as the crown jewel among light twins. It seems counterintuitive that such a legacy design would still be among the top performing in its class, with a high-speed cruise of better than 200 knots, 1,480-nm range and a useful load of 1,559 pounds. That performance comes at a price, however. That price is both monetary (the most expensive twin on this list, by far) as well as in empty weight. With full fuel, the Baron is limited to two passengers’ worth of useful load.

All that is because the Baron in 2021 is still virtually hand-built with robust, expensive materials. Its timeless handling qualities came about as much by instinct as by slide-rule calculations, all springing from the original 1947 V-tail Bonanza, from which the basic wing and control geometry of the Baron is derived and remains unchanged.

With 21st-century Garmin G1000 NXi avionics and cabin amenities that would make a Lexus passenger feel right at home, Barons can keep up with the most advanced modern twins in mission flexibility and passenger comfort. The 300-hp Continentals on the wing burn a combined 36 gallons per hour at cruise for an endurance of around four and a half hours. And at the end of the flight, the rock-solid handling and pothole-proof landing gear give the well-practiced Baron pilot assurance of a safe, smooth arrival.

The Baron certainly isn’t the top option for all light-twin buyers, and with only eight delivered last year, one wonders how long the assembly line lights in Wichita will stay on. Other than Lufthansa in the 1970s and ’80s, they have probably never been used as trainers. But for the owner-pilot who savors flying hours like vintage wine, there is simply no substitute.