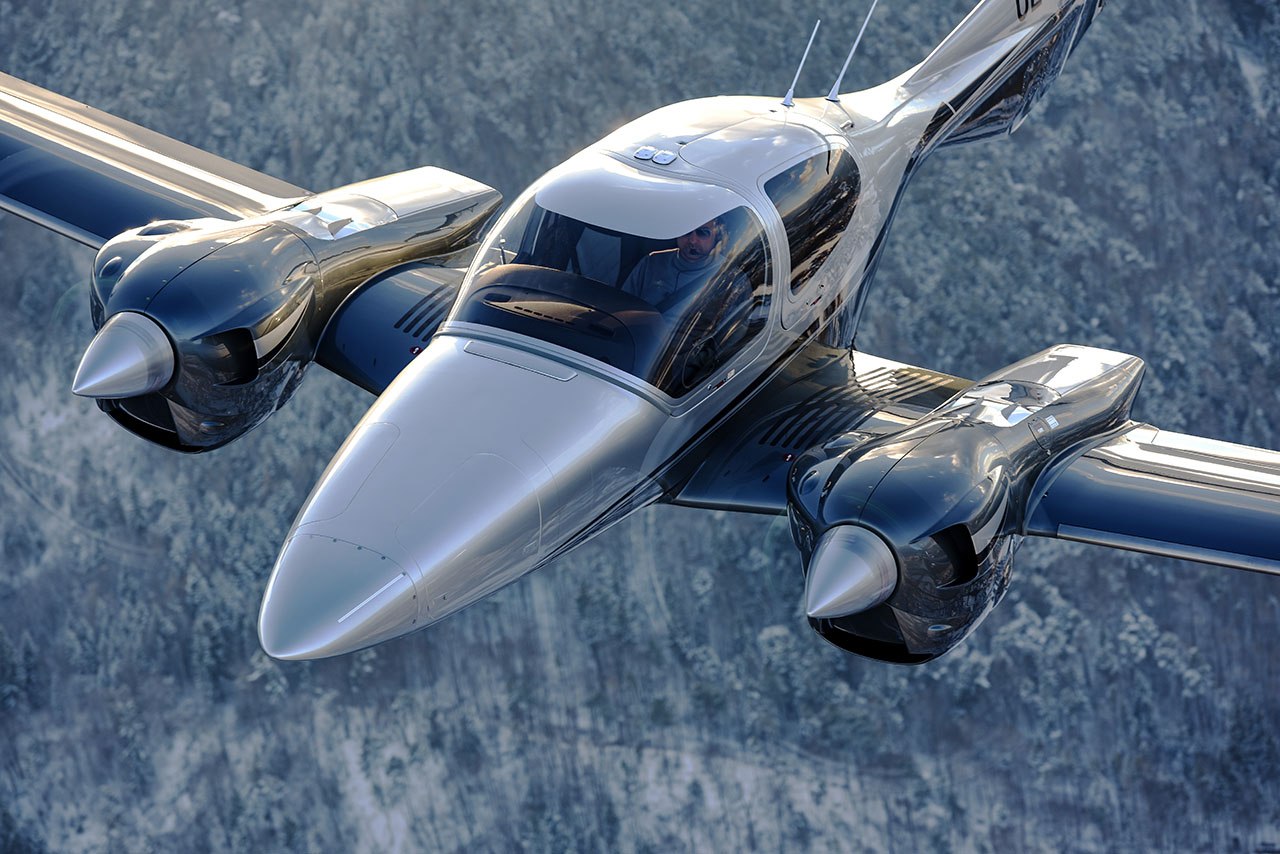 John Armstrong of LifeStyle Aviation, North America’s top dealer for Diamond Aircraft for the last four years, is a firm believer in strong-arming the general aviation industry in the direction of Jet A-burning piston engines. That includes the pair of 170-hp Austro AE300s occupying the aggressive-looking nacelles on the wings of the DA42. Austro engines that power Diamond aircraft not only burn universally available jet fuel, he says, but they do it more efficiently and with a lower carbon footprint than avgas-consuming engines.

“Why would anyone choose to fly behind a 1940s-tech engine with mechanical fuel injection and magnetos?” he asked. “The future of aero engines is in automotive-derived designs, and the FADEC-controlled Austro engines are 21st century tech, based on Mercedes car engines.”

Armstrong believes aircraft buyers are more attuned to this today than when Diamond first introduced the diesel engines. “Customers would ask us where would they get ‘diesel’ fuel. Now, most aircraft buyers understand that the fuel for our engines is much more available around the world than leaded avgas. Diamond has been focused on jet-fuel-burning engines for 14 years.”

Comparing Diamond’s line with the competition, Armstrong also notes the DA42’s high-aspect-ratio wing and composite construction as further examples of forward thinking from the Austrian-based OEM.

The four-place DA42 comes standard with Garmin G1000 NXi avionics, a three-axis GFC700 autopilot and a yaw damper. It also comes with a TKS anti-icing system and a high-end leather interior. Max cruise is 197 knots, and regular fuel burn is only 10.4 gph total. With the 74-gallon long-range tankage, the DA42 has 795 nm of range.

Also a darling of the flight-training community, the DA42 is widely used as a multi-engine trainer. Last year, Diamond delivered 62 overall. Armstrong sums up why he thinks that is: “You get the safety of a twin that burns less fuel than a single, and you can get fuel anywhere.”