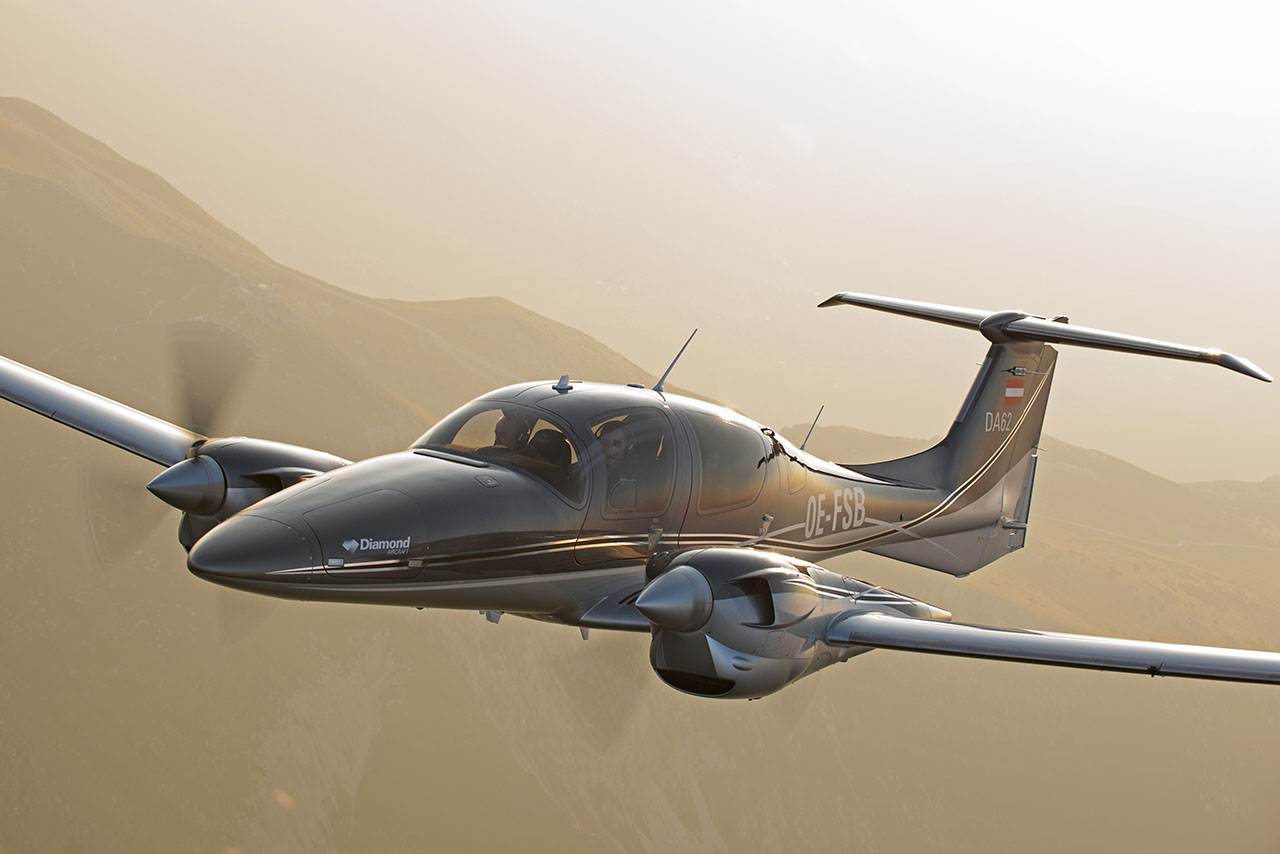 If the four-seat DA42 is the “sport model,” that puts the larger Diamond DA62 in the “flying SUV” category. The seven-place DA62 fills its nacelles with FADEC-controlled, turbocharged 180-hp AE330 engines burning 11.8 gallons per hour. They motivate the family-size twin to a 192-knot cruise speed for a range of 1,283 nautical miles. Useful load is 1,568 pounds.

The DA62 also features Garmin’s upgraded G1000 NXi avionics package, along with the same TKS ice protection system found on the DA42. Also as in the DA42, the interior is upholstered like a luxury sedan, with unique two-three-two seating for seven. Panoramic windows give all passengers a great view of the outside, which helps cut the risk of motion sickness.

Diamond offers a wide range of color schemes for the DA62, or buyers have the option of designing their own. Also, like all Diamond models, the DA62 is eligible for the company’s factory PistonPower hourly-cost maintenance program. A staple of the business jet industry, “power by the hour” programs provide budget predictability by charging a fixed rate per hour for maintenance coverage.