The true tests of any aircraft design are longevity, adaptability and iconic beauty. The Lockheed P-80 Shooting Star wins on all counts. While not the first U.S. jet fighter, it was developed in record time, becoming the first U.S. aircraft to exceed 500 mph in level flight, ultimately serving in various forms in the active U.S. military for over five decades. “Peter Eighty,” as a 1945 Army Air Force brochure dubbed it, remains a timeless beauty. And the XP-80 was the first official product of the famous Lockheed Skunk Works of U-2, SR-71 and F-117 fame.

The P-80 was born of a confluence of opportunity, which included emerging intelligence reports on the Messerschmitt Me 262 twinjet, the availability of the British Goblin Jet engine, and a talented team of engi- neers led by the legendary Kelly Johnson. Unlike today, when aircraft contracts take years to develop and contain thousands of specifications, the P-80 program started on a handshake. The Army Air Forces asked Lockheed to develop an operational jet fighter to com- bat the German jet menace. One month later, Johnson and his team delivered a proposal for a single-engine day fighter and got the green light. The prototype was completed in 143 days, seven less than the contract required. That government contract, by the way, did not arrive at Lockheed until October of 1943, fully four months after construction had begun.

As there was no space available at Lockheed’s Burbank plant, Johnson erected a temporary facility out of engine packing crates around an existing shack and rented a circus tent to cover it all. Dubbed the Skunk Works (the name of the secret moonshiners shed in the Li’l Abner comic strip), it provided a secure place to work. Simultaneous design, development and production created a beautiful plane, even despite its spinach-green paint. The XP-80 prototype was nick- named Lulu Belle. First flight took place at Muroc Dry Lake on Jan. 8, 1944.

The XP-80 was a clean single-engine jet with split air intakes located in each wing root. The wings owe much to the Lockheed L-133, a 1939 Lockheed seat canard jet fighter design. The nose, sporting multiple machine guns, bears a strong family resemblance to the famous Lockheed P-38 Lightning.

Unfortunately, the P-80 arrived too late to have an impact on the war in Europe. However, the Cold War and Korea were right around the corner. Over 1,700 P-80s were produced between 1945 and 1950. Although outclassed by the swept-wing MiG-15, the P-80 served as a very efficient ground attack aircraft and in the hands of U.S. pilots scored six MiG-15 kills.

Despite its laudable service in Korea, the P-80 is best known for its two-seat variant, the T-33 Shooting Star, which in that configuration served as the United States Air Force’s advanced jet trainer well into the 1960s. The last T-33 retired from USAF duty in 1997, and the Bolivian Air Force finally retired its last Shooting Star in 2017. Over 6,000 T-33s were built by Lockheed and other manufacturers under license and served all over the free world.

If you want to see this beauty at work today, the Shooting Star paces the Reno Air Races every year, keeping those unlimited thoroughbreds on a tight leash 77 years after its first flight. Lulu Belle is maintained by the National Air and Space Museum.

The P-80 Shooting Star is a story of urgency, ingenu- ity and a timeless design. The aircraft bridged the gap between pistons and jets. The T-33 gave pilots from around the world an education on high speed, high altitude and jet flight. And both met the spirit of Kelly Johnson’s notional 17th rule for the Skunk Works: “If it looks good, it will fly good!” PP 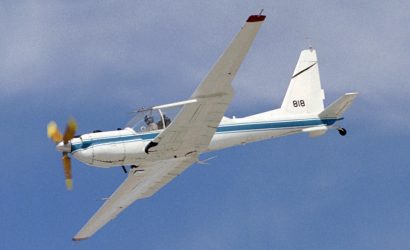 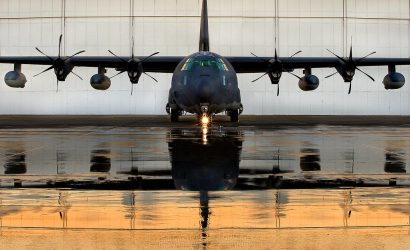