When you fly different-make and -model airplanes, it can be hard to keep them straight in your radio calls. I’ve called a TBM, flying at FL280, a Cirrus. I’ve called a Diamond Star a Cessna, and I’ve called a Warrior a Husky. Usually, I catch myself immediately and correct my call, but there are times in life when calling something, or someone, by the wrong name can be hazardous to one’s health. A radio call generally isn’t one of them. That’s why I’ve decided to call any airplane I’m pilot-testing, “Baby.” So last week, when I was just getting my feet wet with a 12-hour-old Columbia 400, after botching a few radio calls, the airplane thence became Baby N452BS, and that’s no bravo sierra.
To access this content, you must purchase Plane and Pilot Membership.
To access this content, you must purchase Plane and Pilot Membership.
By Douglas Colby, Photography by Paul Bowen

Any aircraft manufacturer who is serious about marketing big-bore singles for global application has got to at least consider turbocharging. There’s just too much of the world that lies a half-mile or more above sea level to ignore that market. Sale of successful heavy-breathers have proven that there’s money to be made in marketing for pilots who need to operate from the middle density altitudes, if not necessarily in the flight levels.
To access this content, you must purchase Plane and Pilot Membership.
By Douglas Colby, Photography by Paul Bowen
Advertisement
Advertisement 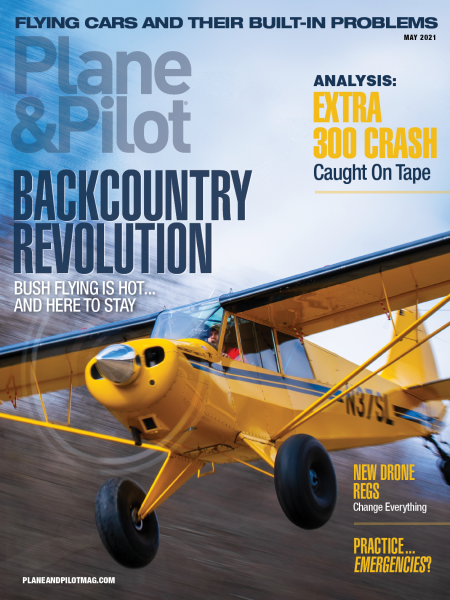