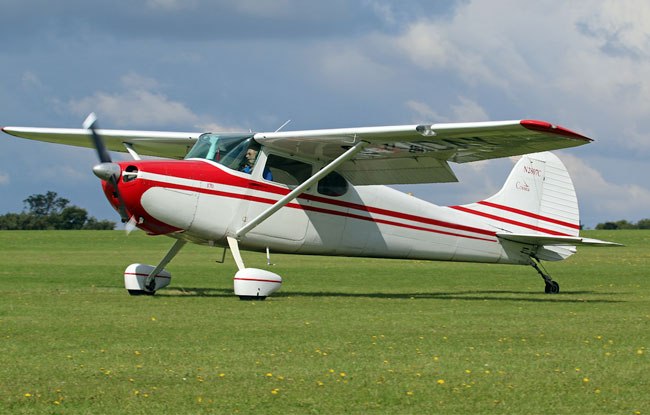 You might find it odd that we’re grouping these two classic Cessna singles, as the 170 is a taildragger and the 172 a tricycle gear plane, but the two share so much in common it’s fair to say that they are two sides of the same coin. The 170 is, of course, the immediate predecessor of the 172. That first tricycle gear plane was little more than a 170 with a nosegear bolted on. Still, despite the similarities, the personalities of the planes are very different.

One is a fun, sporty grass strip time traveler, and the other is a utilitarian jack-of-all-trades that’s equally at home as trainer, IFR platform, short-haul transportation plane or just a weekend fly-thing. Both have their limitations, but for pilots who don’t need more than they offer, it’s hard to beat the value of an all-metal (or in the case of early planes, mostly metal), proven, supremely easy-flying four-seater with great visibility and a heritage that would make any owner proud. Earlier 172s and all 170s came with a Continental six-cylinder engine, the O-300, up until 1968, when Cessna switched to Lycoming power.

Cessna discontinued the 170 in 1956, shortly after the introduction of the 172, which would go on to become the most-produced plane in aviation history with upwards of 50,000 built, mostly in Kansas. The 170 has soldiered on as a beautiful (its rounded vertical tail is pure flying perfection) alternative, one that borders on being an antique but still has a clean, modern look to it that attracted pilots 60-some-odd years ago. And both planes are quite affordable, in part because of their sheer numbers. You can find decent examples of either plane starting at around $27,000, a price that many owners in waiting can afford and that is sure to hold steady or increase in value over time even as you fly them, be it from a remote grass strip or the less-romantic-but-more-convenient paved runway of the local airport.

Read more about the Cessna 170