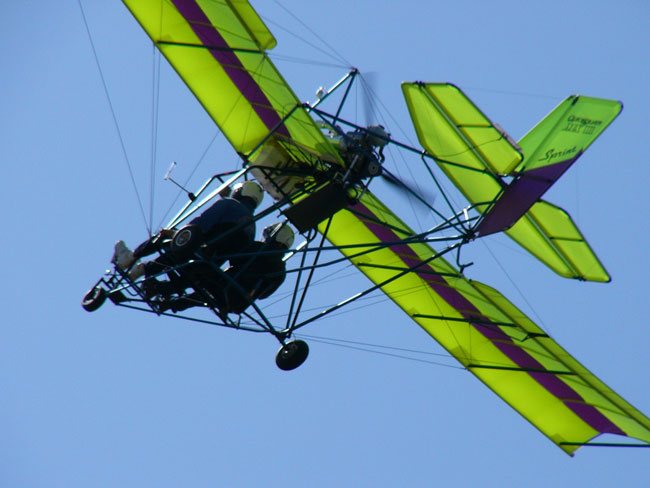 The term “ultralight” is shorthand for the FAA’s Part 103 Aerial Recreational Vehicle (ARV). True ultralights are single-place, very, very light planes that don’t need any kind of pilot’s license to fly or even any kind of certification. They are essentially unregulated. That said, almost every “ultralight” out there today isn’t really an ultralight at all. It’s either an Experimental Category plane that’s regulated the same as a Van’s RV is, or an E-LSA, which you can build and then get approved, just like a Zenair.

The Quicksilver we chose as the poster child for this segment is a two-seater, versions of which are LSA and even Primary Category certificated. The prototypical ultralight is an open aluminum tube fuselage, with the wing and tail structures covered by heavy-duty sailcloth. The planes are mostly powered by Rotax two-stroke engines, which have been around for decades and are well known and well supported.

Ultralight-style planes are fun to fly, and that’s an understatement. They aren’t fast, but, again, that’s precisely the point. Low, slow and out in the breeze is the name of the game. And the entry level is very affordable, with new ultralight-style planes available for $15,000 and up, and used planes in flyable condition for not much more than $5,000. Be sure to get an expert opinion before you buy and expert training before you fly, because little about these machines is intuitive to conventional heavier-metal pilots.