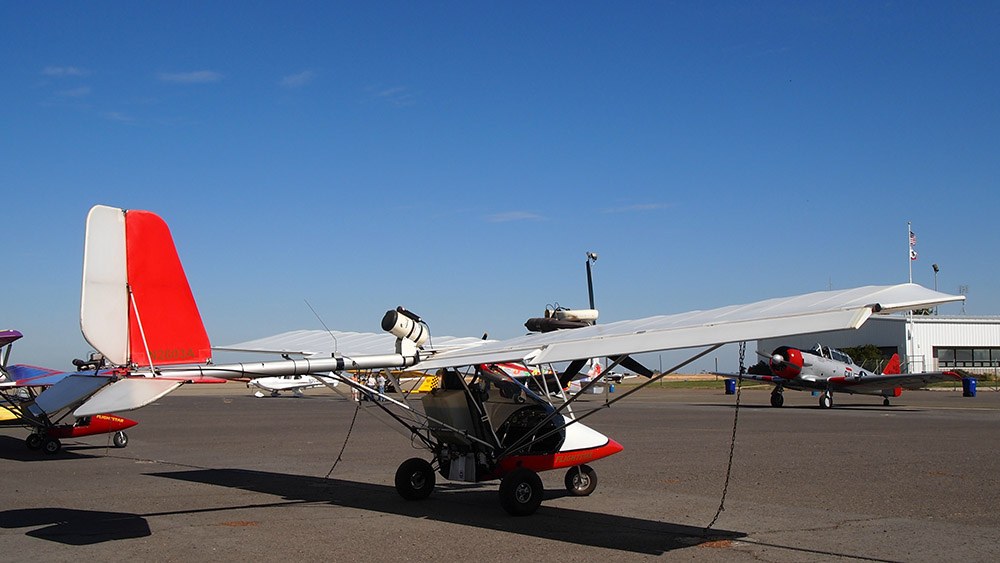 Even if you’re a longtime fixed-wing pilot, it’s possible you’ve never heard of the Flightstar line of ultralight and ultralight-style aircraft, but the company produced a lineup of light-sport planes for a couple of decades that’s among the best regarded in the very-light segment of sport aviation.

You can get Flightstars as single-seaters, true ultralights. In this case, you don’t need a pilot’s license, never mind a medical certificate, to fly it. The two-seat versions are Experimental airplanes, even though they’re built using conventional ultralight materials. The Flightstar IISC is as sophisticated an aluminum tube and sailcloth single-engine sport plane as you’ll find. Its enclosure keeps you out of the wind (largely, at least), and its simple construction and design (no flaps, for instance) means easy flying and reduced maintenance.

Regardless of which class of aircraft they fit into, Flightstars are built with aluminum tubing for the fuselage and wing structures, with the wings covered in sailcloth. These materials help create very, very light aircraft that are largely open to the elements. They are very slow—by law, ultralights can’t exceed 55 knots max straight and level speed, and the Experimental versions aren’t much faster. They also fly in a way, with much adverse yaw and sensitivity to gusts, that some describe as “kitey.”

The Flightstar II is like this to a degree. It’s not fast, and it has less-than-crisp handling characteristics, but because it’s outfitted with double-sided wings (meaning there’s both a top and a bottom surface), it has a stiffer, more responsive and less kitey feel than many comparable ultralight-style aircraft.

The most popular engines for ultralight-type birds are the Rotax lineup of two-cycle engines, which culminated in the Rotax 582, a liquid-cooled, two-stroke 65-hp engine with oil injection that weighs just 110 pounds dry. You can see the attraction. On some Flightstar IIs, you’ll find lower-hp engines, like the Rotax 503, which is less sophisticated but even lighter than the 582.

The Flightstar II comes standard with side-by-side seating with dual controls and three-axis flight controls. There are no flaps, which is okay, because the plane slips beautifully.

Planes like this aren’t for long cross-country flying. They’re slow, have limited range, and there are few creature comforts for the occupants. Instead, they excel at exactly what they were designed to do, go flying low and slow, the way all flying once was and the way, many feel, it’s best done to this day.

Flightstar Sportplanes delivered more than 300 two-place kits and planes over the years, and they do pop up for sale from time to time. Even the nicest ones can be had for around $15,000 with good sailcloth and low time, giving you a low initial investment, low maintenance costs and a sky-high fun factor.