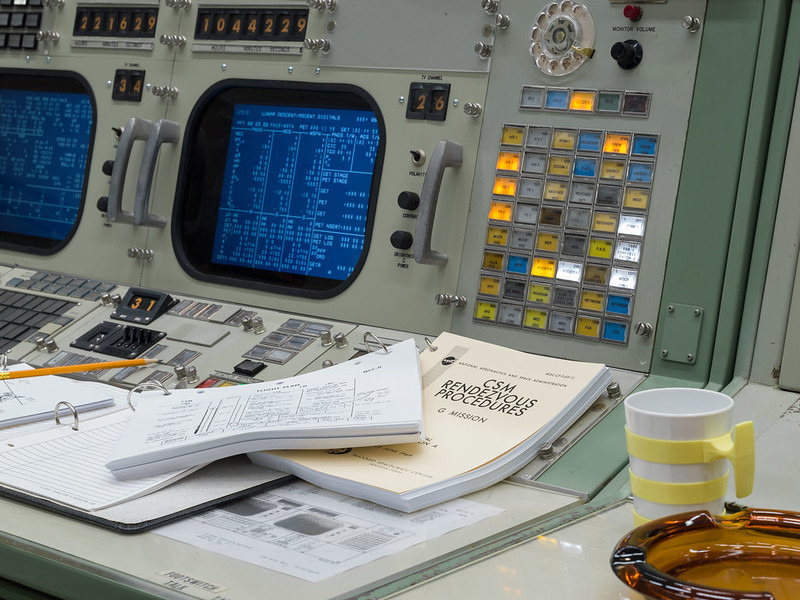 Oh yeah, there was a lot of coffee getting drunk back in the day, too. That much hasn't changed (though the coffee is better today). Photo by NASA