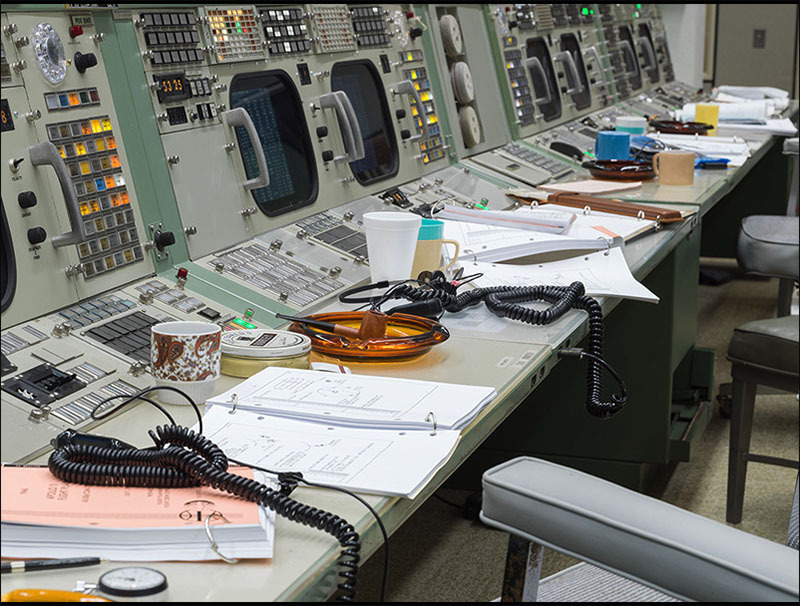 The recreation features the documents that the controllers would have had in front of them 50 years ago. Today, just about everything has been digitized, but there remains a lot of paper i the process. Photo by NASA