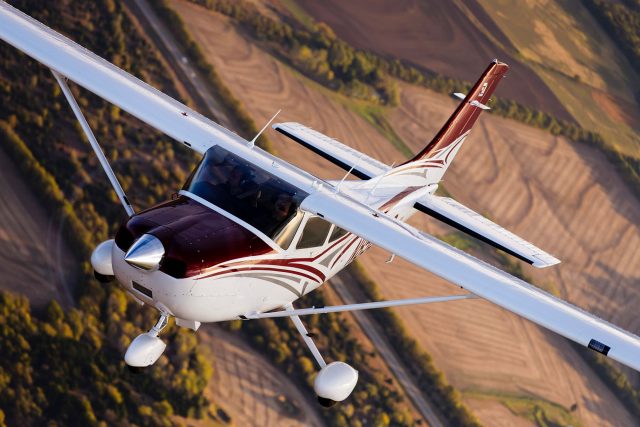 There is perhaps no more iconic four-seater than the Cessna 182 Skylane. With its all-metal, high-wing, fixed-gear configuration, this high-performance single filled a new and extremely attractive niche in the single-engine world when it was handed over to its first customer in 1956. The Skylane was the substantially more powerful step-up model to Cessna’s 172 Skyhawk, which was introduced around the same time. With around 25,000 Skylanes sold, it’s one of the most popular planes ever. There’s good reason for that, too. It’s a capable airplane, one that does everything pretty well, if not spectacularly. And today’s Skylane has added on to that distinction, with better speed, safety and comfort. Today’s Skylane boasts the Lycoming IO-540 rated at 230 hp. The six-cylinder engine swings a three-blade constant-speed McCauley prop. While not blazingly fast, the 182 is a decent cross-country airplane, with enough speed and range to make it possible to connect the dots in style while carrying a big load. With the new Garmin G1000 NXi panel, it boasts impressive avionics with a slew of features.

Niche: Fixed-gear high-performance/utility seater.
Bragging Points: Great useful load, advanced electronics, short- and rough-strip friendly, terrific safety record.
Tradeoffs: Moderate cruise speeds, a bit heavy in pitch handling.
Base Price: $480,000
Competitors: Maule MX-7 235
Fun Fact: Derived from the iconic Cessna 180 taildragger, the 182 went on to inspire several subsequent Cessna classics: the 210, 205, 206 and the 207, as well as the 182RG. The 206 and the 182 are still in production. 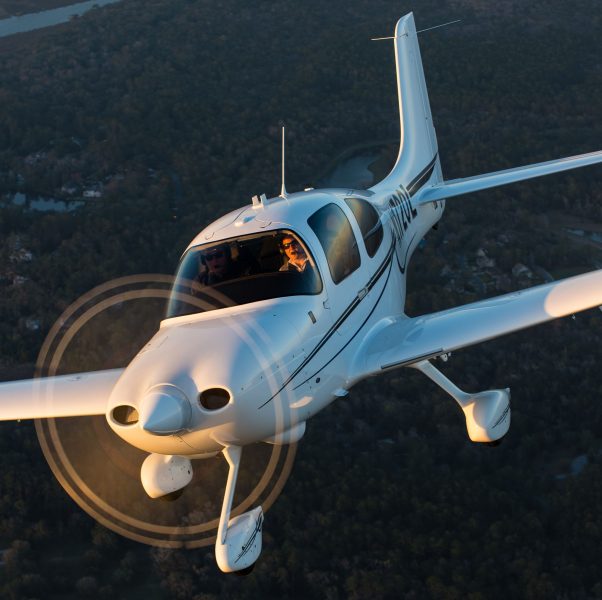 While not as popular as its more famous hangar mate the SR22, the Cirrus SR20 is pretty much the same airplane with less power and no turbo option. While Cirrus has sold a substantial number of SR20s as training aircraft, its competition in that arena is stiff, and it has never gained a lot of traction there. In 2017, the SR20 got a new engine when Cirrus swapped out the original Continental IO-360 210-hp six-cylinder model for a 215 hp Lycoming IO-390 four-cylinder engine. At the same time, the SR20 got a boost in useful load of 150 lbs. The rest of its performance remained close to its previous marks. The SR20’s cruise speed of 155 knots makes it a good cross-country plane. While its short-field performance isn’t close to that of the Cessna 182, it still doesn’t need a lot of runway to do its thing. In most other regards, the SR20 is a compelling product. Like the SR22, it boasts a whole-airplane recovery parachute system, the excellent Perspective+ avionics system by Garmin, ESP envelope protection and ADS-B In and Out, all on top of a beautiful design with great creature comforts.