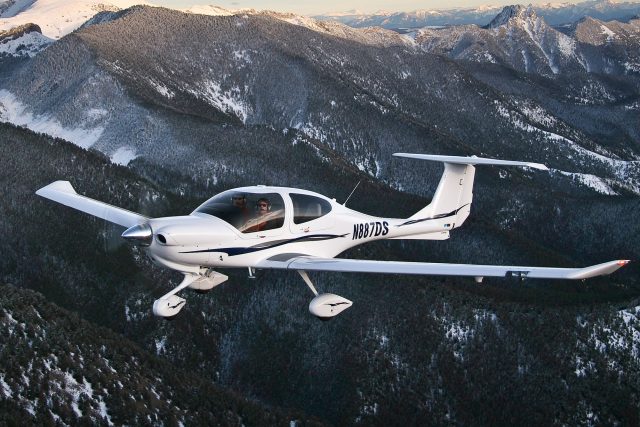 If you’re a bit confused by the various Diamond DA40 models, you can be forgiven. There have been around 10 versions, though the basic airframe configuration hasn’t changed much—which is a good thing. The XLT is the latest piston model and the most direct descendant of the original DA40, which set itself apart with a long, sailplane-like wing, sticks instead of yokes and an unusual door arrangement that includes a pilot’s-side rear gullwing hatch for loading one or both rear-seat passengers. The all-composite DA40 climbs well, and with its 145-knot cruise speed, it’s competitively fast. Like nearly every plane in this lineup, it’s outfitted with the Garmin G1000 NXi. It’s a good cross-country and IFR machine and, importantly, it boasts one of the best safety records in the segment. Plus, its 600-pound full-fuel payload offers pilots good loading options. 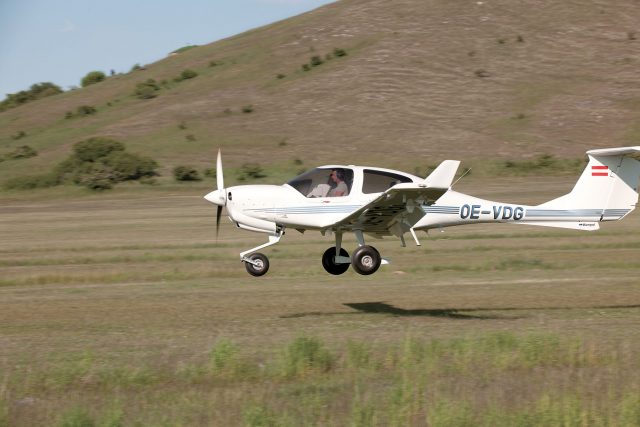 Diamond offers a couple of diesel-powered versions of the DA40: the Jet-A-burning NG and the backcountry-ready Tundra.

The DA40NG might be the DA40 model that goes the distance. Outfitted with wingtips and a slightly shorter wing—for an easier fit into standard hangars—and an Austro turbodiesel engine, the NG offers performance and economy that’s better than that of the gas piston model in most respects. With a fuel flow at max continuous power of around 8.5 gph and an economy fuel burn of around 5 gph at 10,000 feet, where it still makes full-rated power, the NG can do better than 150 knots and fly for nearly a thousand miles. For shorter hops, which statistically, most missions will be, it can do nearly 160 knots while sipping at the Jet A.

Another DA40 model, the Tundra is also Austro-diesel powered. It’s outfitted with beefed-up gear and big tires; who needs wheel pants? Designed for rough-field operations, the Tundra still gives its owners a comfy and beautiful interior and flat-panel avionics goodness even if its exterior looks the rugged part. 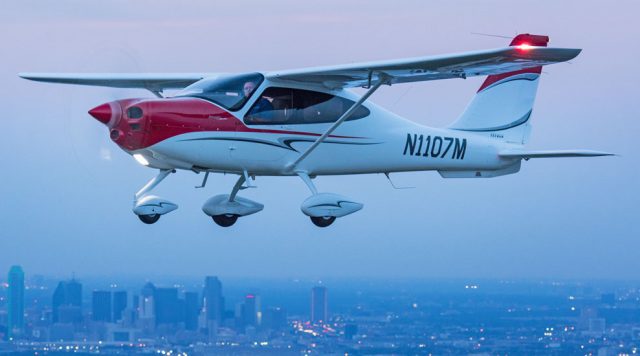 The Tecnam P2010 is one of the prettiest planes in this lineup, or in any lineup, really. A four-seat, fixed-gear general-purpose single, the P2010 features a design with a mix of materials. The fuselage is of carbon fiber for great aerodynamics and smooth lines, and the wings are made of metal in the conventional Cessna/Piper way. With great ramp presence, terrific cabin size, the best high-wing visibility in its class, good load-carrying capacity and a good selection of instrument panel options, including Garmin G1000NXi, the P2010 has a lot to offer. And unlike most competing models, it gives its prospective owners a lot of choice in the matter. To whit, the P2010 MkII is outfitted with a 215 hp Lycoming IO-390 four-cylinder fuel-injected engine. The boost in power over the Lycoming IO-360 in the standard model increases the climb rate while keeping the plane right around its 600 nm range. Added together, those numbers, along with the P2010’s excellent useful load of better than 900 pounds, make the P2010 a competitor more of the Cessna 182 than the 172.