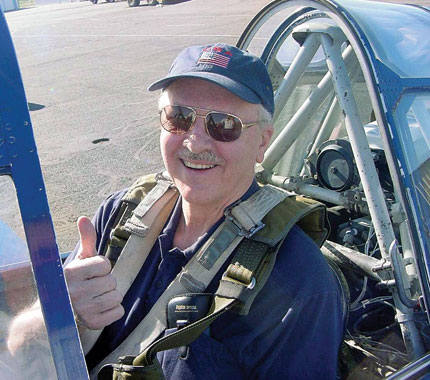 I’m 77 and hold a commercial pilot license and an instrument rating. I’ve filled four logbooks. As a child, I made balsa-wood and tissue-paper airplanes. As a teen, I made gas U-Control model airplanes, and I used to ride my bike to the airport regularly. During the Korean War, I served in the Air Force. All in all, I guess that I’m an aviation enthusiast.

In June 1956, my young wife and I set out on a vacation flight from Salt Lake City, Utah, to Denver, Colo., in my Luscombe 8E. When measured on a map, Denver seems a short 360 miles away from Salt Lake, but this is deceiving because of the intervening Wasatch Mountains and also the high peaks of the Rocky Mountains west of Denver. The plan was to fly a circuitous route through Emigration Canyon, east of Salt Lake, and make a gas stop at Rawlins, Wyo. After Rawlins, a right-hand course was to be flown around Medicine Bow Peak. We’d then fly south above the plains east of the Rockies, some 70 miles past Fort Collins and Longmont, before landing at Denver’s Stapleton Airport.

As with many planned trips, this one wasn’t without its pitfalls. The first occurred when I was barely into Wyoming, when my low-frequency two-way Harvey Wells radio quit working. That meant there would be no more flying “the beam” on the airways in Wyoming and Colorado. And how was I to land at Stapleton without a radio? I still had my compass, my world air charts and the landmarks below. I had flown using dead reckoning and pilotage as a matter of course in those days, so that part seemed to be no problem.

Landing at Rawlins Airport can be a challenge on many fronts. It’s at 7,000 feet, high on the Wyoming plains, and in the summer, the density altitude would put a strain on my airplane with a mere 85 hp to lift it into the thin air. The Rawlins runway isn’t level, and I was cautioned to land uphill and takeoff downhill no matter what the wind conditions were. After landing, it was obvious that this was good advice: In the dirt was an Air Force C-82 Packet that had landed downhill and rolled past the runway’s end. 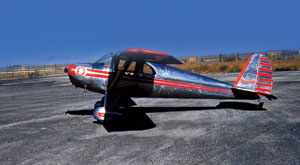 My airplane was gassed up and as it sat on the Rawlins ramp, I noticed fuel running out of the air vents on the gas caps on top of the wings. The cool gas was being heated by the summer sun; as it expanded, it overflowed out of the tanks and dripped off the wings. This would lead to make a mistake near Medicine Bow Peak that would have my legs shaking well into the Colorado plains.

After a takeoff and slow climb out, we were high above the Rockies. Remembering how the fuel had run out of the gas caps, I thought it might be a good idea to switch from the left-wing tank to the right-wing one. This was flawed thinking, and what I did next, I’ll never forget. Below the center of the instrument panel was a selector switch that read “left,” “right” and “off”; because I thought I was on the left tank, I turned the switch to the right. Turns out, however, that I was on the right tank, and I had inadvertantly turned the gas off. The ensuing silence was stunning. In a millisecond, I had the switch turned back to the right tank, and the engine started again. Below were rocks and trees, and the thought of ending up there gave me heart palpitations and weak knees.

I elected to land at an uncontrolled airport called Sky Ranch in the suburbs of Denver, and phoned Stapleton for permission to land there. I explained my radio situation to the airport manager, and he allowed me to land with light signals. Right away, as I entered the downwind leg at Stapleton, an alternating red-green signal was given to me for caution. Upon turning on the base leg, a green light was given to me and I was cleared to land.
Stapleton Airport was a different place back then. In 1951, I changed planes there, when I was assigned overseas during the Korean War. There was one terminal building, probably built in the 1930s. We boarded a DC-4 from an outdoor chain-link-fence area with a numbered gate. An agent at the gate checked our tickets, and boarding was done via a roll-up staircase.

The trip home from our vacation in Denver was routine and uneventful. But the trip to get there is still clear in my mind 53 years later.

This is your column! We’d like to hear from you about your unforgettable flights. Please send your stories and photos to [email protected]