Like many pilots who have been flying for a few years and have had the benefit of operating a variety of machines, I’ve zeroed in on a few as my personal favorites. Though I don’t have any great number of hours or ratings, I’ve been granted the privilege of operating a wide variety of airplanes in conjunction with ferry flying and my work evaluating different models for the aviation magazines.

I don’t count myself an expert on any of them, as my exposure varies from a two-hour evaluation and an air-to-air session to several hundred hours of ferry flying, but either way, I’m granted an interesting frame of reference.

By some measure, I’ve flown 311 different types, depending on how you count them. (For instance, how many different types are included in the following list of PA-28s, Piper Cherokee 140, 150, 160, 180, 235, Warrior, Archer, Arrow, Turbo Arrow? I count three.) My buddy Barry Schiff with AOPA has a few more than that—about 320 as I remember—and he has the advantage of having flown more airline types. I like to think I may have the edge in general-aviation airplanes.

And, of course, there may be some other pilots who have more than either of us. In any event, I long ago settled on the two types, single and twin, that consistently ring my bell. These aren’t magnificent warbirds such as the P-51 Mustang (who wouldn’t want one of those?) or a P-38 Lightning. Nor are they high-ticket dream machines such as the Cessna Mustang jet or the TBM-850.

Instead, my short list consists of reasonably attainable airplanes, well used and generally priced under $300,000. Before you ask, no, I don’t have an extra 300 grand lying around, and I probably never will, so I’ll have to live with my present Mooney unless I win a medium-sized lotto.

The point is that these are both attainable machines, readily available on the used market, not impossible to maintain and still enjoying some level of factory support. Better still, they’ve both been around for a while, so you can buy either of them for half that $300,000 figure.

Single-Engine: Beech 36 Bonanza
I’ve never bought into the superiority complex some pilots automatically associate with anything Beechcraft, but I have to admit to a love affair with the straight-tail Bonanza. I’ve logged my share of happy hours in 33 and 36 models, and I’ve come to love the type. A few readers may know I fly a 200 hp Mooney (my second-brand M), and I’m continuously impressed with the efficiency of the type in general, and the 200 hp models in particular, but if I could afford a 36 Bonanza, I’d have one in my hangar in a California minute.

To my mind, the A36 incorporates most of the best features many pilots associate with the ideal general-aviation airplane. There are six seats in case you need them. Hardly anyone does, but the extra buckets can come in handy, even for travel with three or four occupants. The aft right cargo door makes boarding a pleasure in back, and you can offer four folks some of the most comfortable travel in the sky.

The A36’s handling is among the best in the business, with crisp aileron response, a quick elevator and reasonable rudders. The later models fly behind Continental’s 300 hp IO-550B at gross weights as high as 3,650 pounds. They offer typical cruise speeds of 165-170 knots, climb rates of 1,200 fpm and a payload of 850 pounds or more. The earlier A36s make do with the 285 hp IO-520 engine and lose a little performance in the process.

The airplanes are practically ideal for a family man with a couple of kids or an occasional need to travel on business with two or three associates. While there’s no baggage compartment in the 36 Bonanza, you can pile bags on the rear two seats or in the space between the first and second row.

These are both attainale machines, readily availble on the used market, not impossible to maintain and still enjoying some level of factory support.

The model 36 isn’t plagued with the CG problems of the 33 and 35 (departing inside the CG and having it shift aft as you burn off fuel), but it does suffer from short range. Seventy-four gallons just isn’t enough fuel for decent range. It’s about 3.5 hours’ worth, or 600 nm at high cruise.

I have to admit there’s just something about a straight-tailed Bonanza.

Multi-Engine: Piper Aerostar
The Aerostar is the most exciting twin-engine airplane I’ve flown. Ted Smith’s little Learjet with props may not have been the perfect twin, but it went a long way toward achieving that ideal.

In any iteration, the Aerostar is the fastest piston-powered production machine in the sky. They’re even reasonably comfortable. There’s room for six folks in the tubular fuselage (though many of the type are configured for five), and the 5.5 psi pressurization system allows an 8,000-foot cabin at 25,000 feet.

The cabin has one double-clamshell entry door for everyone, and it’s located next to the left-front seat, so the pilot is the only one who can close it. Cabin comfort is good, if a little compact, and everyone has an excellent view of the world outside, despite the short, mid-wing design.

Practically every system on the Aerostar is electric, even the fuel selectors, but the latter normally isn’t a problem as long as you turn both fuel supplies to “on” and leave them there.

Most production Aerostars were born with 290 hp Lycoming TIO-540s in either normally aspirated or turbocharged mode, but the last Piper 700Ps and the popular Machen conversions feature counterrotating, heavy-breathing, 350 hp Lycs. Only 25 of the last Piper 700Ps were built, but Machen has been successful in converting much of the rest of the fleet to the big engines.

Even with the standard unblown 290 hp engines, the airplane can climb at 1,700 fpm and race along at 200-210 knots, and the turbocharged models can turn in 225-230 knots five miles above the sea. If you opt for one of the King Kong 700 models, either a production Piper or Machen conversion, you can sometimes see 250 knots, enough to keep pace with a King Air C90B.

Aerostars have been out of production for nearly 30 years, but Aerostar Aircraft of Coeur d’Alene, Idaho, still supports the type with parts and service. Aerostar executive vice president Jim Christy proudly claims he had no airplanes AOG at this writing.

Piston twins aren’t much in favor lately with the price of avgas spiraling above $6/gallon, but if I needed to fly around the Mountain West or over water on a regular basis, an Aerostar would be my choice for the ideal piston twin. 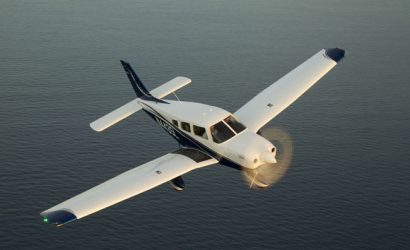 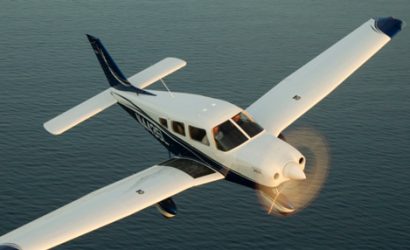 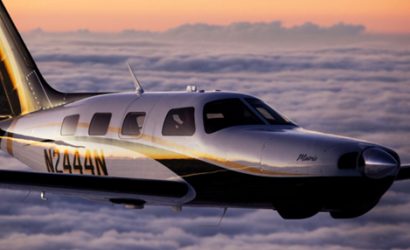