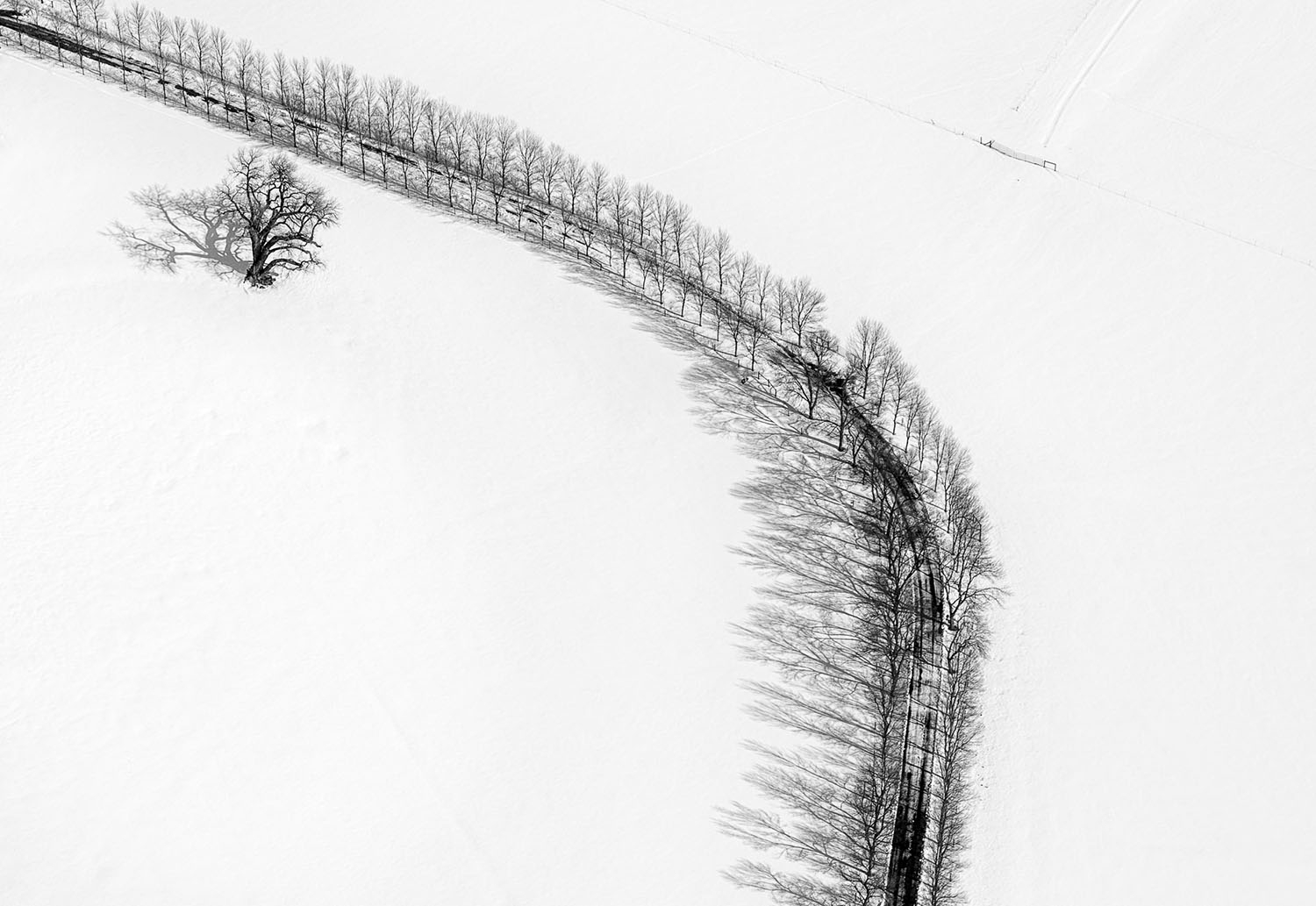 A narrow roadway makes a dramatic line after a heavy Colorado snowfall. Photo by Steve Zimmermann