In each issue of Plane & Pilot magazine, we share a handful of gear for pilots that we feel pilots and aviation enthusiasts would love to have.

The round-up in our January/February 2020 issue includes an ADS-B Receiver, a flashlight from Smith & Wesson, a GoPro camera, and more. Click through the gallery below to view all of the items. 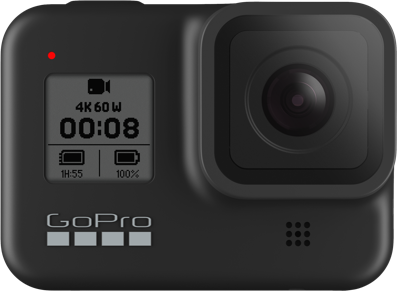 GoPro’s latest iteration in its wildly successful camera line brings a host of advantages for those looking to capture their flying adventures on film. The HERO8 captures incredibly stable footage thanks to the company’s use of Hypersmooth 2.0 technology, a follow-on to the original Hypersmooth feature GoPro introduced with the HERO7. While the original Hypersmooth was a big advance in and of itself, the stabilization the company brings in the HERO8 with 2.0 is truly remarkable, automatically eliminating horizontal jerks and making for a very smooth final product.

Another key feature of the HERO8 that separates it from previous versions is its built-in mount, which can be accessed at the bottom of the camera. Users no longer have to use a cage for their camera and can instead mount the HERO8 as-is using this new feature. The company has also consolidated access to the memory card and battery, which can now be opened via a single-access door as opposed to multiple doors in different locations.

GoPro is selling the camera alone for $399.99, but it is also offering a wide variety of mods that users can add on to provide further functionality, such as a lighting mod and a front-facing screen mod, among others.