1 Makers of the world’s largest cargo aircraft, the AN-225

11 Some FADEC planes have just one

18 Word before jets and after cargo

32 According to Gemini astronauts, what spam goes in

33 What the laser did to the cockpit

34 Modernized with the latest features

1 Aircraft radio navigation system that senses and indicates the direction of a ground transmitter, abbr.

13 Sense that “seat of the pants” describes

14 Technically, not the conventional type

15 Pilots say “affirmative” instead of this

21 What you need to do when the controller says “immediately”

22 Short for an IFR go-around 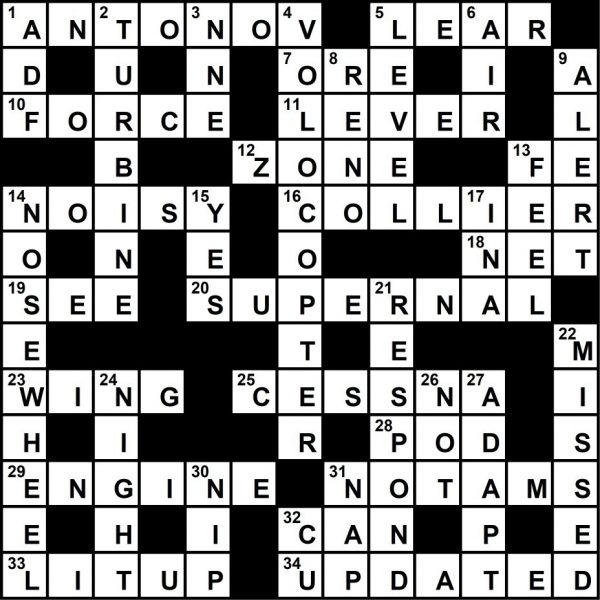