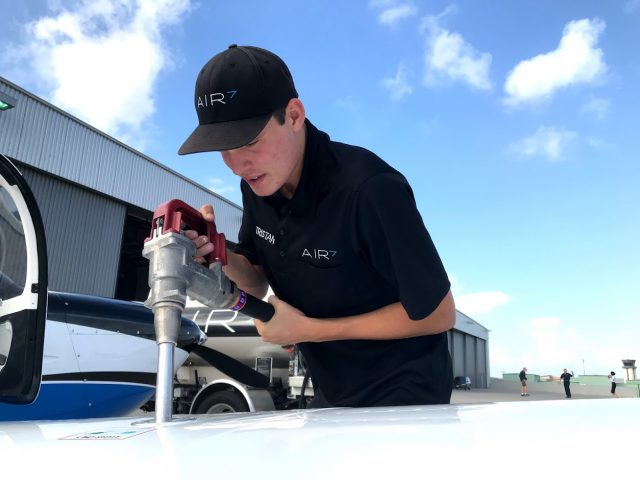 With the cratering price of a barrel of crude oil and impossibly low worldwide demand for gasoline and petroleum-based fuels of all kinds, the price of gas in the United States and elsewhere is going way, way down. The average price of a gallon of unleaded gas is under $1.70 nationwide, and it shows no sign of spiking again any time soon.

But what about 100LL, the avgas we pilots of gas piston planes depend upon? That’s a whole different story.

The oil supply, as you might have been reading, has become an almost surreal buyers’ market. Why that is so isn’t as complicated as you might imagine. A combination of competition between Middle East oil suppliers and Russia, combined with record-low fossil fuel consumption as a result of coronavirus-related social distancing practices, have left the world’s oil supply in an unprecedented state. Briefly, the cost of a barrel of crude oil was negative, meaning that the suppliers would pay you to take it. The problem is, nobody seems to have any place to put the oil.

The price of auto fuel is low, though it’s not unprecedented in recent times. Two other times, immediately following the market crash in 2008 and in 2016 following President Trump’s inauguration, the price of a gallon of unleaded fuel hit around the same average price as it is today, around $1.70 a gallon. (Remember that those average prices are higher in general today as taxes tacked on to gas prices are more prevalent and higher as a percentage than they were, say, in the 1970s.)

So we see big peaks and low, low valleys in the price of auto fuel. Shouldn’t there be a commensurate rise and fall for 100LL? You’d think so, but the peaks and valleys are subtle. It’s hard to find historical pricing information on 100LL, but using an internet archive, Plane & Pilot researchers found that data. It’s a little shocking. Today the average price of a gallon of 100LL in the Northeast United States (data is by region) is $5.26. In December, before oil prices hit the bottom of the barrel, the price of that same gallon of avgas in the same region was $5.49 per gallon, or twenty-three cents more per gallon. Going back a year from today, to take into account seasonal effects, the average price of avgas in the northeast was $5.48.

There are good reasons for this steady price history. Fuel is usually purchased far ahead of time, so the price you pay at the pump reflects when it was purchased, not what it would cost now. And because avgas has lead in it, unlike any other kind of commercially available fuel, there are added costs of blending, and distribution, as well.

The high price of avgas is one of the biggest reasons pilots cite for not being able to fly more, or fly at all, for that matter. But in this case, if you were hoping for 100LL prices to come down sharply, as we were, well, it hasn’t happened yet. And historical data shows that it often doesn’t happen at all.