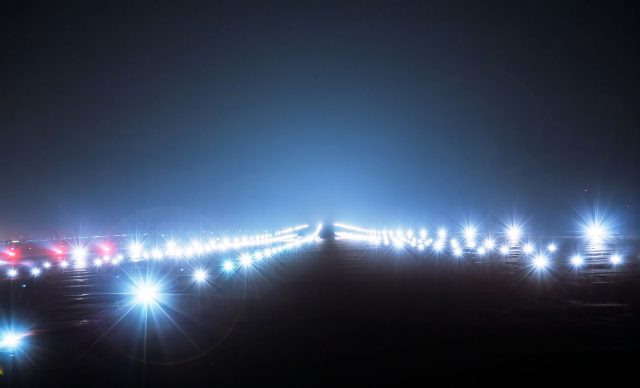 My plan to fly my Mooney from Sacramento, California (SAC), to Kerrville, Texas (ERV), was ready for action. The plane was due for its annual inspection in six weeks’ time, so I decided to have the annual performed before my trip to Texas to avoid any maintenance issues while en route.

Still, after the inspection was done, the Mooney Service Center informed me that the annual was complete and my plane was ready for my Texas destination, I still spent over an hour doing a preflight inspection. I needed to be sure that everything was working. I test-flew the airplane during daylight hours and everything seemed to be in order. A late-afternoon departure was planned, so I tested all strobes, position lights and the landing lights. I didn’t test my instrument panel lights. I planned to install a glass panel primary display during the coming winter months, but at the time of the flight, I had a standard six pack.

With my good friend Chuck, who’s retired from the United States Air Force, I departed from SAC for ERV on an IFR flight plan. Our plan was to spend the night in Tucson (TUS), with an ETA of about 7 p.m. (1900 Zulu). As we passed Gila Bend, the sun began to set. Ten minutes prior to landing, I attempted to turn on the panel lights. Nothing happened! During the annual, work had been done behind the panel. Conditions were marginal VFR. The Mooney M20K has a string of “lightning” lights on the trailing edge of the glare shield. These lights are very bright and are intended to be used after you have been blinded by a flash of lightning. TUS was cloaked in darkness. I turned up the bright lightning lights to enable visualization of my instrument panel. It worked, but in the process, I destroyed my night vision. Neither Chuck nor I could visually identify the field.

I shared my predicament with the tower. There were no other aircraft in the pattern. I was given vectors as I circled. I had now minimized my lightning lights. In time, with the airport lights at max intensity, the field came into view. I made a successful landing on runway 21.

However, my vision was still compromised. As there was no other traffic, I shut down on the runway and notified the tower of my situation. By the time a brightly lit truck had arrived, my night vision had returned, and I was able to make out our predicament. The blades of my propeller were less than 3 feet from a runway light. I followed the truck to parking.

Normal Perception Of Black And White

In order for us to transform from day to night vision, we must undergo what’s known as “dark adaptation.” It’s a process we’re all familiar with. Think of a time when during daylight hours you entered a movie theater. Your night vision was compromised as you tried to find a seat.

Here’s how it works. The pigment in the rod cells is called “visual purple” or “rhodopsin.” When the cells are exposed to bright light, visual purple immediately photo-bleaches, resulting in night blindness—the inability to see things in low light. Visual purple in humans will then take from 20 to 30 minutes to regenerate, after which the rods are then more sensitive. Dark adaptation is quicker and deeper in young people than in older ones.

All isn’t lost. If you lose night adaptation, you can coax it back with the use of red light. The use of red light to accelerate night vision adaptation has been known since the early 20th century. Red-adaptation goggles, used by radiologists, date back to 1916. Sailors on the bridge of naval vessels and in submarines prior to surfacing use them as well. The uptake for aviation is that we should use a red light source at night to protect night vision.

Many of us use either an iPad or iPhone in the cockpit, which is problematic at night. The intensity of the light emitted from these devices has the potential for destroying our night vision. I tried to bring an approach plate up on my iPad at night, and it was as if someone was blinding me with a bright light.

Many available aviation apps have a dimming feature, but even these are too bright on most devices. The iPad has a very useful, built-in feature that permits you to invert the colors. Several aviation apps have this same feature, or some version of it, some of which just provide a shortcut to Apple’s “invert colors” feature.

Less known is that the iPhone has a hidden red screen. This red screen enables the “Color Tint” option. To enable “Color Tint,” go to Settings. Then General, Accessibility, Display and then Accommodations. Here you’ll find the new location of the Auto-Brightness toggle as of iOS 11 and higher. For the Red Tint, select “Color Filters” option. You next enable “Color Filters” with the switch at the top of the screen. Next select “Color Tint” as your filter. Scroll down and use the Intensity and Hue sliders to make the screen as red as you like. For maximum redness, they should both be all the way to the right.

You can speed switching from the regular color to red by enabling a shortcut. Go to Settings, then General, then Accessibility. At the bottom, select Accessibility Shortcut. Select “Color Filters.” Now all you need to do is triple-click the home button to switch between the normal screen and red tint. The red tint will preserve your night vision. If at night you find yourself in a situation where you must use a white light, close one eye to unilaterally (one side) protect your night vision.

After the M20K I flew to Kerrville, my next airplane was a Mooney M20M Bravo. I installed a complete Aspen glass panel. I then had the luxury of a primary flight display, multi-function display and angle-of-attack indicator. As the light diminished with the onset of the sun setting, the display automatically diminished in intensity. This auto-dimming feature is true of almost all of the portable and in-panel displays. If you aren’t satisfied with the amount of dimming, go to back-light settings and program the brightness of the display you desire. You also have the option of installing a knob to control the brightness of the panel.

Laser light, or other very bright lights (spotlights, search lights), can cause flash blindness when directed toward an aircraft. The bright light causes photo bleaching of the visual purple in the retina. The pilot can be distracted or experience temporary flash blindness. This could cause loss of control of the aircraft, especially during a critical phase of flight such as landing or takeoff. Pointing a laser toward an aircraft is hazardous and has resulted in arrests, trials and jail sentences.

We are all human, and mistakes do happen. Your annual inspection is designed to identify and fix any squawks that might exist. As PIC, it was my responsibility to make sure that my panel lights were operating. Knowing that I might be airborne after dark, I should have tested my panel lighting within the confines of my hangar. I now carry two flashlights with red lenses when I fly at night. And, by the way, I always have a doctor on board.