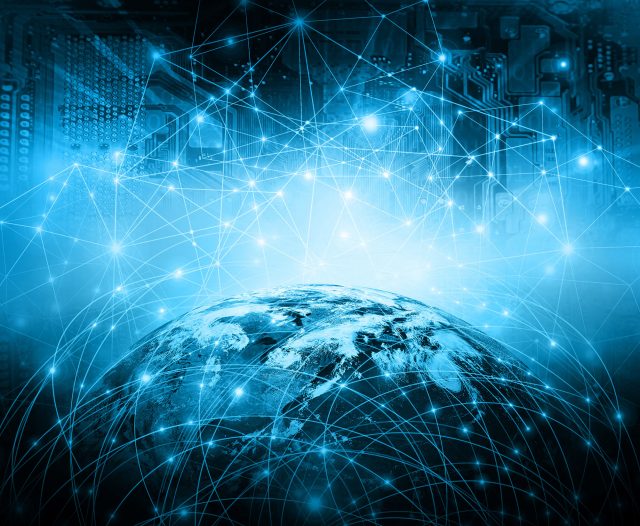 Like most cities built on the edge of a large body of water, in this case the Cook Inlet, Anchorage, the town where I grew up had a warmer climate than much of the rest of the U.S. We often had brilliant night skies with the moon and a full panoply of stars, including Polaris, the North Star.

As we all learned in survival training, the North Star is directly aligned with the Earth’s vertical axis, so Polaris is always true north.

That meant if you could find Polaris, you could sometimes make a reasonable approximation of a course for home. It got tougher when you needed to fly straight south, and obviously impossible if there was an overcast.

That’s probably the most primitive form of celestial navigation, but it doesn’t provide a clue as to where you are, how fast you’re flying and how long it will take to get to where you want to be.

Enter Major Jim Forestal, stationed at nearby Elmendorf AFB outside Anchorage. The Major was billeted in government barracks a block from my house, he loved kids and he was patient enough to show me how to use a sextant for real celestial navigation.

No, wait, don’t turn the page. I’m not about to try to explain celestial nav. First, I’m not smart enough. Major Forestal didn’t succeed in my celestial training, but Lord knows, he tried. The major had been flying heavy iron for the USAF longer than I’d been alive (I was 14 at the time), and he was well versed in all aspects of navigation. He was also more than a little bemused that a junior high kid would have any interest in such an exotic art as celestial navigation. At the time, I was a fledgling pseudo-aviator at CAP, too young to legally log hours but proud of my occasional opportunities to fly in Stinsons, Cessnas, Pipers and even an occasional Navion on search and rescue missions. I was determined to some day make my mark as a professional pilot. (Of course, I didn’t tell my friends about my interest in celestial navigation. Didn’t want to be perceived as a nerd.)

Major Forestal had an old, beat-up, military-surplus sextant that only worked on alternate Thursdays when the moon was full, but it served as an adequate preliminary trainer for a wannabe pilot with more enthusiasm than brains.

To my dismay, I learned rather quickly that celestial navigation was well beyond my talent and comprehension at the time. I never really conquered the concept. It was enough that I understood the basics. If navigating by Polaris was a relative snap, flying by star shots seemed a little like herding cats. It was a highly complex process and subject to huge errors if you didn’t get it right in both time and angle.

(One of the best books ever written about celestial navigation—and other aspects of flying—is Guy Murchie’s “Song of the Sky.” Murchie was a professional navigator who could use a sextant like Itzhak Perlman plays a Stradivarius. Murchie was also a diligent student of meteorology and all other things aviation.)

In those days, a satellite navigation system was little more than a science fiction writer’s dream and not even imagined by folks such as Gary Burrell and Min Kao (GAR-MIN).

There have been multiple attempts at developing land-based, long-range navigation systems for both maritime and aviation use during the last half of the 20th century, though with mixed success.

Non-directional beacons were an early attempt at transmitting a signal that a ship or aircraft could home on to reach a waypoint or destination, sometimes across an ocean. When atmospherics were good, NDBs had outstanding range, on the order of 2,500 miles.

Many years later, when I took my first ferry flight in a new Piper Seneca from Florida to Paris to display at the 1977 Paris Airshow, I used NDBs whenever possible. On the long, trans-oceanic leg from Gander, Newfoundland, to Shannon, Ireland, I’d planned to fly by simple dead reckoning, but when I fired up the ADF in Gander and dialed up the frequency for BBC Radio 2 a few miles on the opposite side of Shannon, the needle flickered, then gradually rolled around to point at the heading for Ireland. Shannon was about 1,800 miles away at the time.

Ten hours later and theoretically 80 miles out from Ireland (I hoped), I dialed up Shannon approach and checked in, hoping I wasn’t about to make landfall someplace in northern France or southern Norway. Shannon came in strong and advised I was 78 miles out and about five miles south of flight plan track. (Damn, it worked.)

I’d flown my dead reckoning flight plan across the ocean, but the ADF needle never varied more than about five degrees from my calculated headings.

Briefly, LORAN (an acronym cleverly assembled from “Long Range Navigation”) premiered in the early 1940s. It was intended to assist in the war effort in both Europe and the Pacific. LORAN operated from chains of stations, most located along America’s coasts, to offer position information to ships. LORAN accuracy in its original iteration was about one to five miles. If that seems poor positioning, consider that most ships struggled across the ocean at 10-15 knots, so five-mile accuracy wasn’t that bad. LORAN’s accuracy improved dramatically as the system evolved through LORAN-A to LORAN-C.

LORAN chains were eventually established all across the US and around the world, intended to service aircraft as well as ships at sea. LORAN became wildly popular in general aviation aircraft in the 1980s.

I flew behind an ARNAV LORAN C system in my Mooney that could track two chains at once, and it offered accuracy down to less than a quarter mile when conditions were favorable.

The successful launch of the Russian Sputnik satellite in 1957 and the resulting study of Doppler shift by U.S. Navy scientists created the first space-based navigation system to help locate, track and communicate with submarines. It was named TRANSIT, and it began military service in 1959 with only six satellites, later expanded to 10.

With such a small universe in orbit, it often took a while to realize the geometry necessary for a reliable fix. The system was initially classified top secret for years, but a semi-portable unit, descriptively known as SATNAV, was introduced several years later and worked when God was smiling.

A friend and former ferry pilot had one of those early portable, post-TRANSIT SATNAV systems for long-distance flying, and he loaned it to me for an A36 Bonanza delivery to Cape Town, South Africa, in the early ‘80s. It didn’t work that well because the satellite universe was still spotty, but I did receive several position fixes over the North Atlantic and the Sahara Desert that proved reasonably accurate.

At the time, there were few radio navaids in Africa that worked consistently, so I pretty much stuck to my dead reckoning flight log and used SATNAV to help verify what I’d already calculated on my reliable old E6B.

As most pilots know, space-based GPS was the ultimate application of non-Earth-based navigation, but it took a while to reach its potential. It was initiated in the early 1980s and came into full service in 1995.

The Navstar system, what we call “GPS,” was initially conceived for hyper-accurate targeting, stuffing a missile into a particular window in a specific building. The military originally degraded the quality of the signal to prevent our foes from using it against us, a feature called “selective availability.”

And so the 21st-century variation on celestial navigation is a computer-related method of determining position that can pinpoint your location above (or on) Earth to a few feet. Along the way, GPS can answer practically every question related to speed, time en route, ETA, altitude and any other navigation challenge you wish to throw at it.

GPS transmits its position data at the speed of light, 300,000 kilometers/second (that’s about 186,000 miles/second for the metrically challenged), so any delay in the readout is related to atmospheric distortion and the processing speed of the receiver, not the speed of the Navstar signal.

The original 1995 Navstar constellation consisted of 24 satellites plus several backups in case one or more failed. Today, the universe has expanded to 32 “birds,” and all are on duty full time.

The Navstar satellites circle the planet 12,500 miles out in space at 4.9 miles/second (17,500 mph). This means each satellite has just over half the Earth’s surface in view at a time, from horizon to horizon (though most GPS receivers can only track 12 satellites simultaneously).

These middle-Earth-orbit satellites provide nothing more than their position, not yours. A GPS receiver does all the heavy lifting by calculating its position using multiple triangulations, determined by plotting the time difference between as many as 12 satellites. Each satellite in the Navstar universe orbits so that there will always be at least four satellites in view above every point on Earth.

With the full Navstar universe in service, GPS applications have become myriad and universal. In fact, there’s a white Siberian Husky in Southern California that heartily approved this column, and he is happily wearing a GPS tracking device on his collar.