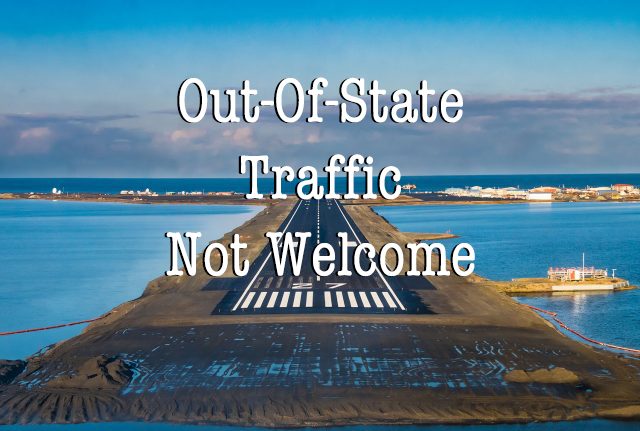 To state the obvious, pilots use airplanes to go places. And even though our mobility in some places in the United States (and elsewhere) is somewhat restricted these days, in many places, those restrictions don’t really prevent someone driving to the airport, gassing up the plane and heading out to parts unknown.

It’s that last part, however—the destination—that almost no one in aviation has written about, but it’s important for pilots traveling across state lines to realize that many states, the majority of them in fact, have restrictions and mandated quarantines for pilots flying in from out of state.

It can be hard to track the states restrictions down, but luckily for us, Julia Thompson, a reporter for USAToday, did the footwork for us, compiling a list of states’ regulations regarding travel (usually) by air and what restrictions apply. And if you’re wondering if Thompson’s article took into account that there are people (pilots and their passengers) who travel state-to-state in small planes, well, it didn’t. Then again, neither did any of the states’ restrictions. One might argue that the regulations were written to control the spread of disease from arriving passengers in commercial airliners, but there’s nothing to prevent someone in a small plane from being sick (whether they know it or not) and still traveling. The type of plane or its destination don’t matter much except in degree.

And the restrictions are just about everywhere, too. Thompson identifies 32 states that have published restrictions on travel into their state from out of state. In some cases, those restrictions are limited to people arriving from cities or regions with many cases—New York City, arguably the worst hot spot in the world, is the one most often named—but many states take a blanket approach to arrivals. In Alaska’s mandatory isolation order, state officials make no bones about the requirement:

“In an abundance of caution and to assist in flattening the curve regarding the spread of COVID-19 in Alaska, the State of Alaska, under its authority to protect the public health, is implementing advanced protocols to ensure all travelers arriving in Alaska participate in 14 consecutive days of self-quarantine to begin immediately upon arrival, allowing for travel from an airport or portage to the designated quarantine location.”

The most common requirement for passengers arriving in from out of state is that they self-quarantine away from others not in their group for 14 days or the length of the stay, whichever is longer, which would put a damper on anyone’s weeklong dream Disneyland vacation, that is if Disneyland were open, which it’s not.

Some states exempt pilots and other flight crew from quarantine, though the wording on those orders varies from state to state. Some use the term flight crew, others use the term “airline pilot” and still others fail to exempt pilots at all, though in practice, pilots arriving at airports with commercial service are exempted from mandatory isolation in every state. The same might not be true for pilots arriving to small airports. In any case, the passengers on a non-commercial flight wouldn’t be exempt in states with such orders, so if you’re taking along passengers, be aware that they might be subject to quarantine even if you, the pilot, were arguably not subjected to isolation.

So, what’s a pilot to do? Well, if you’re planning a trip to another state, even if it’s a short hop, carefully research that state’s restrictions on entry by air. (Some states regulate auto traffic, as well.) And talk to other pilots who are based at the destination airport. They might have useful information on how such arrivals are regulated or enforced, or even if they are. And if you’re traveling into a state, like Alaska, where the orders are clear and very restrictive, our advice would be not to go until the restrictions have been lifted or reduced.

Another word of caution: These restrictions are changing, especially with many states talking about lifting restrictions on travel and commerce in a tiered manner, so just as you would check the weather, do so repeatedly with travel restrictions, right up until you’re ready to fire it up.