Does new photographic and forensic evidence answer the question of what happened to the pair of aviators, who disappeared in 1937 while on an around the world flight? 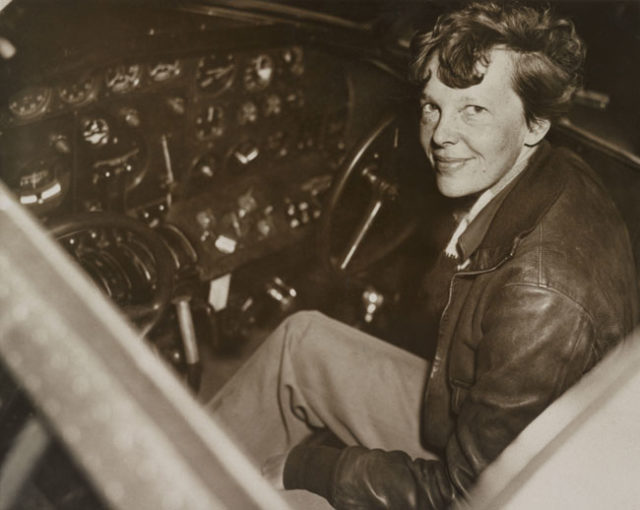 When we last wrote about the mystery of what happened to Amelia Earhart and Fred Noonan after they failed to arrive at tiny Howland Island in the middle of the vast South Pacific on the penultimate leg of their around the world flight, there remained, in our estimation anyways, no credible evidence that the pair survived that final day. But recently a couple of new developments have cropped up that have rekindled interest in the mystery, so we wanted to consider those and address the question, “Has evidence of Amelia having survived the initial crash/ditching really come to light?”

The disappearance of Amelia and Fred was international news in 1937 and it continues to hold the attention of the world today.

The study of the bones is particularly questionable because the remains were found in a place that by 1940 was inhabited. Not to mention that the original examiner found them to be from a male. Moreover, the software results that investigators touted in their new analysis were far from conclusive. With that software, called FORDISC, the results of a perfect match look identical to an unlikely match that just happened to be FORDISC’s best guess. So what was learned was merely that the bones found in 1940 and soon thereafter discarded might have belonged to a tallish woman of European descent, but maybe not.

The photographic evidence, on the other hand, isn’t a possible clue at all. A Japanese researcher uncovered the exact same photograph in a book published in Japan two years before the Earhart flight, a fact that even the most imaginative conspiracy theorist would have a hard time explaining. Even before it had been discredited as a clue, the photograph was blurry and showed the woman who was supposedly Earhart from the back from a distance with her sitting facing away from the camera.

The purported finger bone, on the other hand, is different from just about any other piece of evidence so far discovered, in that it can be tested. If the analysis is successful, that would change everything. But being successful is far from a given. Scientists will need to be able to extract DNA from the bone and then, if it even turns out to be human and if it winds up being from Earhart or Noonan, before they can reach any credible conclusion. And those are all big “ifs.”

Until that time, the most likely explanation remains that the flight crashed in open ocean and immediately began sinking to the very deep bottom of the sea. Much of that stretch of ocean has been searched with submersibles looking for any sign of the plane, but so far, none has turned up. Our best guess is that if searchers ever find the true fate of Amelia and Fred, it will be from an anomalous shape on a sonar screen of the wreckage of a plane more than 10,000 feet below the surface. Then the search will get really interesting.