It was a chilly, spring morning in Barcelona. There had been some light rain the night before, and although the sun had broken out, the air was still humid when 4 crew members and 146 passengers—among them 16 exchange students, two of their teachers, two opera stars, reporters, and three generations of the same family, boarded an Airbus A320 on their way to Dusseldorf, Germany.

The flight should have lasted just under two hours, but it ended 30 minutes later when the co-pilot locked the captain out of the cockpit and flew the airliner into the ground, killing all aboard.

For pilots, who are sons, daughters, mothers and fathers themselves and entrusted with the safety of their passengers, it is unfathomable to intentionally plow an airplane with 150 souls onboard into the ground. But some humans do what “ain’t human,” as musician John Prine says, and in order to prevent such tragedies, it behooves us all to attempt to fathom the unfathomable.

As a psychologist and pilot, I bristled when I first heard the reports that the Germanwings co-pilot had a history of depression. Severe depression certainly can lead to suicide, but this was much worse than a single person choosing to end his or her life. It was also a mass murder, and this is not the kind of thing that depressed people typically do. My first thoughts were that depression, a common malady, would be linked with this unspeakably egregious act, and push the powers that be to screen and then yank pilots wholesale from their cockpits. Depression, when severe, can certainly lead to suicide, but because it is essentially a form of “turning inward,” it is rarely associated with violence against others.

Fortunately, cooler heads prevailed, and the final report from the BEA—the French agency charged with investigating the disaster—took a well-reasoned stance, their final recommendations focusing on supporting pilots who report their depression rather than punishing them.

Depression is a pervasive feeling of emptiness and hopelessness, in which life’s usual pleasures seem inaccessible. It is often accompanied by significant changes in weight and sleep, and excessive fatigue. Depression can affect the ability to concentrate and there may also be thoughts of death or suicide. Different from sadness, which is a normal, healthy reaction to a sad event, depression occurs as a result of detaching and shutting down, and not allowing ourselves to feel the wide range of feelings that each situation dictates. 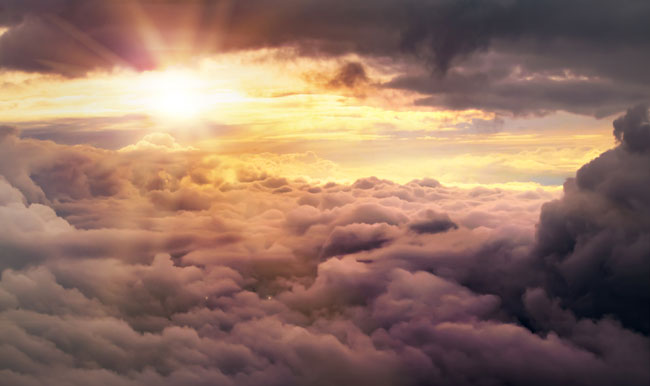 In a recent study in which nearly 2,000 commercial pilots were polled anonymously, more than 12% reported symptoms of clinical depression, and roughly 4% of them had suicidal thoughts within the two weeks prior to the study. These numbers are concerning, because it is almost double the percentage of those reporting symptoms of depression in the general population. While some GA pilots see commercial pilots as having cushy jobs (after all, they mostly push buttons and program computers), commercial pilots lead stressful lives, with constantly shifting schedules, low pay, long hours away from family, claustrophobic conditions and massive responsibility.

When it comes to suicide, pilots have an extremely lethal tool at their disposal—their aircraft. Of the 2,758 fatal aviation accidents in the decade between 2003 and 2012, “aircraft-assisted suicide” occurred only 8 times, making it an exquisitely rare phenomenon (less than half a percent), and in only one case someone beside the pilot was onboard. But while suicide by airplane is extremely rare, pilots aren’t always in their airplanes.

Over the years, I have lost count of the number of theories advanced in an attempt to explain how depression comes about. They include learned helplessness, cognitive distortion, anger turned inwards, too much or too little neurotransmitters, genetics, attachment disorders, trauma of many varieties, failure to grieve, multigenerational transmission, and so on. In The Noonday Demon, the brilliant author Andrew Solomon stated that no one with whom he ever had spoken who suffers from a deep depression doesn’t in one way or another feel trapped. I like to think about it as a state of feeling trapped in a box canyon.

Once we are launched from the protective atmosphere of our families, we cruise through our lives before eventually turning final. We hope the cruise phase of our lives is filled with adventure, wonderful sights and meaningful experiences along the way. Each time we venture away from familiar terrain, we find ourselves in new situations, often without a map to guide us. And, sometimes, that terrain seems to rise around us.

Those of us blessed with powerful enough aircraft (i.e., good upbringing, genetics, etc.) can often out-climb the mountains, as long as we don’t sink too low or the mountains aren’t too high. When we find ourselves boxed in on three sides, with not enough room to turn around, we become trapped in a proverbial box canyon. We look all around, but see no way out. Even worse, at times, the weather seems to close in on us, and even the tops of the mountains become obscured.

For pilots who may feel hopelessly trapped in a box canyon, unable to climb or turn back, it might be helpful to take a cold, hard look at the terrain around them. Identify what is behind the feeling of being trapped, and if they seem unable to make the changes required to cope then perhaps a refresher course in which new coping skills are taught may be in order.

That can take the form of reading a self-help book or even a course of brief therapy, in which self-defeating thinking patterns are identified and new ones are learned. Exercise and diet can be helpful, as well as a medical exam to rule out potentially treatable medical conditions that might masquerade as depression.

Contrary to many pilots’ fears, depression doesn’t signal an end to a flying career. Neither depression, suicide attempts, nor suicidal thoughts automatically disqualify a pilot from flying. (One study found that in the U.S. Air Force, four out of five military pilots who attempted suicide returned to flying duties after an aeromedical assessment.) And, ever since 2010, the FAA has approved the use of certain antidepressants.

The final report of the BEA suggested the co-pilot suffered from a “psychotic depressive episode” that began a few months earlier and lasted until the day of the accident, and that “other forms of mental ill-health” could not be excluded. “Psychotic” simply means that a person loses touch with reality; in this case that could potentially have been caused either by an extremely severe depression or by another form of mental “ill-health” altogether.

There can be little comfort to the families who lost loved ones in the Germanwings disaster, but for the rest of us, it can be an opportunity to remind ourselves of the need to watch for an impending box canyon, and do what we can to see our way clear of the potential danger.