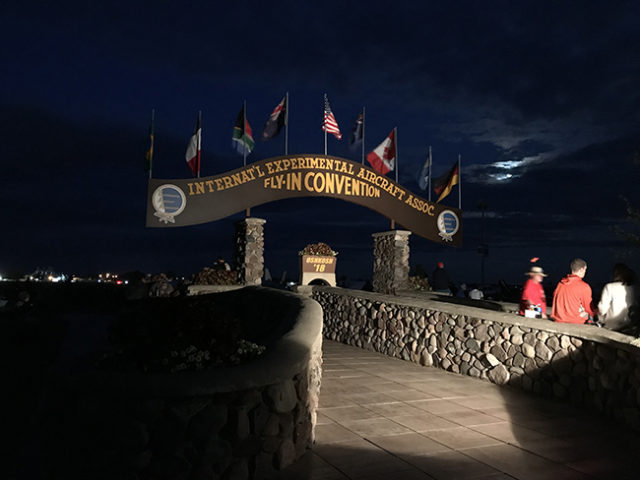 EAA said it perfectly in its comments on the conclusion of the world’s greatest airshow:

“A ‘perfect’ event may be unattainable, but AirVenture 2018 came about as close as one could imagine. The combination of outstanding programs, aircraft variety, a robust economy, and good weather combined to complement the efforts of our staff and 5,000 volunteers throughout the grounds. The week was upbeat, exciting, and filled with many ‘Only at Oshkosh’ moments.”

And the numbers were stupendous. While it’s hard to compare historic EAA Oshkosh shows, the last couple of years have been simply outstanding in terms of participation, engagement, attendance and spectacle. According to EAA, attendance was “approximately 601,000, nearly two percent above of 2017’s record total.”  EAA President Jack Pelton, added that “EAA members and aviation enthusiasts attended in large numbers, even without the presence of a military jet team as we had in 2017. Our efforts to create unique attractions and aviation highlights across the grounds were incredibly successful. Attendance on opening day was the best in our history, as the vast majority of our guests came to Oshkosh early and stayed throughout the week.”

And lest you think 2018 will be the climax of great Oshkosh adventures (and AirVentures), next year promises to be extra special, as it will mark the 50th EAA event in the fair Wisconsin city of Oshkosh! The event runs from July 22-28, 2019. We’ll be there next year for sure!

Jet-Powered Human, Ground Launched And Landed! You Will Not Believe What You’re Seeing