It wasn’t the news that Epic Aircraft had hoped to share at Oshkosh 2019, but it was still really good news.

The Oregon-based airplane maker, which has copious production capabilities, has made great progress toward FAA certification, which will, of course, lead to the company beginning production and sales of its super sleek Epic E1000. The six-seat Pratt & Whitney powered pressurized single has now completed all company flight testing and has been granted FAA TIA approval for it to begin working the FAA on the agency’s flight test program. Essentially, Epic has advanced to the point where it has shown its plane will hit the FAA’s flight test targets. That FAA program is expected to last one to two months, paving the way for type certification by the third or fourth quarter of this year.

Sign up for our newsletter to get the latest news, notes, and information from Oshkosh 2019!

Epic president Doug King told reporters on Monday at Oshkosh AirVenture that the plane was consistently hitting 333 knots in cruise, a number that puts it in some very exclusive company among single-engine aircraft. At a price of under $3 million, the E1000 is about a million dollars less expensive than the Daher TBM 930 while boasting comparable capabilities. In addition to its high cruise speeds and low fuel burns, the E1000 will have a ceiling of 34,000 feet, the highest of any single-engine civil airplane we know of. And it’ll get to that rarified air quickly too, with an initial climb rate of 4,000 fpm, it can get to its ceiling in an estimated 15 minutes.

Look for news on the E1000 here and for a flight report on the plane in a coming issue of Plane & Pilot.

Check out photos from opening day at EAA AirVenture Oshkosh 2019! 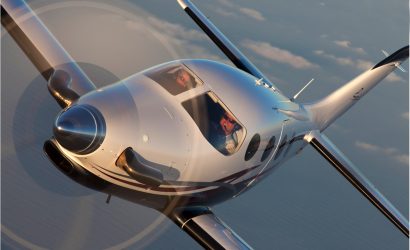