Blackhawk Modifications CEO Jim Allmon posted on his Facebook page earlier this week that the company was closing in on certification of its Blackhawk King Air 350 that boosted the plane’s performance to levels he’d never seen in an King Air mod, and his company has done hundreds of them over the years. The King Air 350 is the big kahuna of the model, a more powerful, stretched version that typically does an optimistic advertised maximum cruise of 310 knots true with its Pratt & Whitney PT6A-60A engines, each putting out 1,050 shaft horsepower. 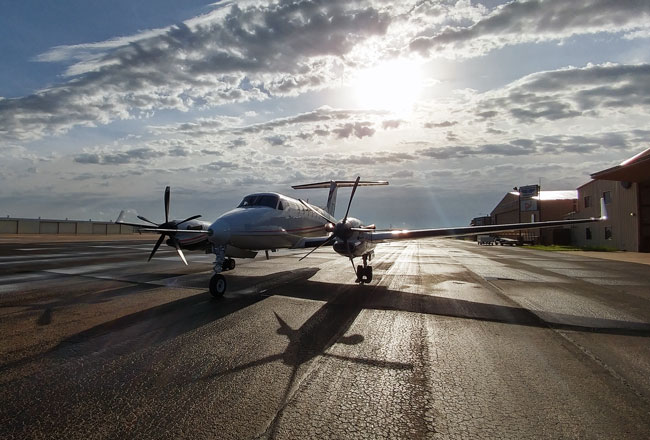 Blackhawk creates its King Air 350 by swapping those engines for PT6A-67A models, that put out 1,300 SHP. With the upgrade, Allmon said, the Blackhawk 350 trues out at up to 335 knots (or perhaps faster). Beechcraft offers the -67A engines as a factory option, though, Allmon wrote, the modifications necessary to make it work are extensive. Blackhawk, on the other hand, was able to reuse everything except the prop and the engines in its mod program, making for a  much faster turnaround time on the mod, not to mention a more cost effective one, too.

In addition to the light-jet-like speeds of the Blackhawk King Air 350, the upgraded engines give the plane better hauling ability and better hot and high performance as well. Allmon said that the company hopes to have an STC in hand later this summer.