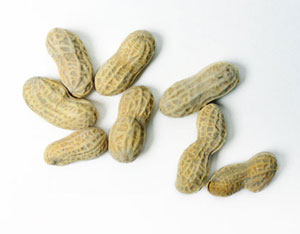 I have a good friend in the music business who has always shown an interest in flying. He seems to have plenty of time, drives a two-year-old Volvo wagon, owns a home in Long Beach, Calif., and has inquired several times about the cost of learning to fly. He’s not intimidated by the price of lessons, but he isn’t enthusiastic about having to rent someone else’s airplane once he’s rated.

Accordingly, he has also asked about the cost to acquire and operate a used Mooney, Arrow or Skylane. Each time I’ve outlined the realistic expenses, he has simply shaken his head and said he isn’t in that financial bracket.

That’s a common affliction of both licensed aviators and wannabes. Although they may regard the price of admission to the pilot club as high, but acceptable, they’re totally turned off by the cost of aircraft ownership. We all suffer from the same syndrome. It’s called shooting high.

The fact is, it’s possible to own and operate a general-aviation airplane, even a few four-seaters, for much less than you might imagine. Okay, so you’ll need to settle for an older machine, sometimes much older, and yes, you’ll probably fly with an old-fashioned tailwheel rather than a more modern nosewheel. Regardless, you can acquire, own and operate some of these aircraft for a minimal investment.

We had three of our principle writers compile a list of 10 airplanes you can fly for relative peanuts, less than what you’d pay for a mountain or seashore time-share, a midlife-crisis, used sports car or even a nicely remodeled kitchen. All the airplanes listed below have fixed gear and a fixed-pitch prop and fly with 150 hp or less, but they’re generally easy to find, inexpensive to buy and relatively cheap to operate and maintain.

We also used the ABPD for our cruise and climb specs, and some of those late ’40s and early ’50s manufacturers’ specs are almost hilariously exaggerated. For purposes of consistency, fuel burn for 75% cruise is calculated at a specific fuel consumption of .45 pounds per hp per hour. When there was a choice of power in a given model, we chose the most popular variant. All speeds are listed in knots, although general-aviation airspeed indicators of the era were universally calibrated in mph.

1) AERONCA CHAMP/CHIEF
When the Aeronca Champ was introduced at the close of WWII, it represented one of the ultimate entry-level airplanes, and the basic machine has endured, although in dramatically modified form, to this day. In fact, there were two models of the same design, the tandem-seating Champ and the side-by-side Chief. Both used the 65-hp Continental engine initially and later upgraded to the 85-hp Continental.

Performance wasn’t exactly stellar, but either model could climb at 500 fpm and cruise better than 65 knots. Perhaps because of its narrower fuselage, the Champ was slightly faster than the Chief. It spawned the Citabria line and, later, the current American Champion airplanes.—Bill Cox

2) ERCOUPE 415
Ercoupes are unusual in that they took the concept of safety and simplicity to a whole new level. A low-wing two-seater with a twin tail and a sliding hatch, the Ercoupe eliminated the rudder pedals and coordinated rudders automatically with an aileron interconnect. Designer Fred Weick also limited elevator up-travel to make stalls and spins unlikely, if not impossible.

With 85 or 90 hp out front, the airplane offered nearly 90 knots cruise, and 24 gallons of fuel provided an easy 300-mile range. The Ercoupe also utilized an automotive-style wheel rather than a stick, and it was directly connected to the nosewheel for automotive-style steering on the ground.—Douglas Colby

3) LUSCOMBE 8A/F
Don Luscombe’s remarkable little side-by-side, high-wing design was one of the most agile of post-war two-seaters, with fast ailerons and a quick elevator. The Luscombe Silvaire 8A was alleged to be aerobatic, although with its 85- to 90-hp Continental engine, vertical maneuvers relied more on momentum than power. Stall was billed at only 34 knots and cruise at 105 knots, but even if more realistic numbers were 40 and 100, respectively, the Luscombe offered better performance than anything else in its horsepower class. Luscombes were built by various companies through 1960, but many pilots feel the all-metal airplanes built immediately following WWII were the easiest and least expensive to maintain and, by far, the best of the type.—Bill Cox

4) TAYLORCRAFT F-19
C.G. Taylor is perhaps best known as the designer of the famous Piper Cub. Less well known were Taylor’s later airplanes designed for his own company. There were a variety of two- and four-seat models, but the best of the two-seaters were perhaps the last versions built by Taylorcraft Aviation of Alliance, Ohio.

Power started at 50 hp and evolved to 65, 85 and eventually 100 hp. The Taylorcrafts had little resemblance to the Cubs, but they were equally economical and offered slightly better performance. Climb at the F-19’s 1,500-pound gross was an easy 750 fpm, and cruise on the final version approached 100 knots.
—Bud Corban

5) CESSNA 120/140/A
The first of the post-war Cessna side-by-side two-seaters was the C-120/140, introduced in 1946. The airplanes were similar in power and configuration, although the C-140 was the “luxury model,” blessed with an electrical system, flaps, two aft-side windows and a few other accoutrements. Cessna’s first C-140s were fabric-covered, but later versions utilized all-metal skins.

By far, the best buys were the later, full-metal-jacket C-140s with the single struts (rather than the V-struts). Cruise was alleged to be in excess of 110 knots, but real-world numbers were more like 95 to 100 knots. With a low 45-knot stall, the 140 was a good short-field airplane, easily capable of operating from 1,000-foot strips.—Bill Cox

6) PIPER PACER
Technically, Piper’s happy little Pacer was produced for only five years, 1950 through 1954, but the predecessor Clipper was introduced a year earlier. (Pan Am insisted that Piper cease and desist on the Clipper name.) Technically, Pacers were four-seaters, although their original 115-hp Lycoming engines were hardly up to the job of lifting four souls. As a result, later airplanes were upgraded to 125 and, later, 135 hp.

Typical payload was on the order of 500 pounds, just as well, since climb at gross was barely 600 fpm. With full fuel and the more typical two folks plus baggage, the Pacer offered four hours endurance plus reserve, allowing the Pacer to span nearly 400 nm in the process.—Douglas Colby

7) PIPER TRI-PACER/COLT
I’ve always had a soft spot for Piper Colts. A fairly decrepit one served as my primary trainer leventy seven years ago, along with a similarly ratty Champion Tri-Traveler and a new Piper Cherokee 140. The Colt was an interim trainer built for only three years, and it was essentially a Tri-Pacer from the firewall aft, but with only two seats and two side windows. Power was supplied by a 108-hp Lycoming O-235.

For a few dollars more, you can add up to 42 more horses and own a Tri-Pacer. Both the PA-22-108 and PA-22-150 are easy-flying airplanes and make decent trainers, although the short wings minimize power-off glide. Stall on the Colt is 47 knots and has a cruise of only 90 knots or so, plenty for a trainer that didn’t need to go anywhere. Even today, many pilots find Colts and Tri-Pacers to be attractive first aircraft with years of useful life remaining.—Bill Cox

8) CESSNA 150
Most Cessna 150s on the market have been ridden hard and put away wet, but
you can sometimes find one that has been totally reanimated. The type can serve well as an entry-level super-saver, and many of the retired trainers find homes with first-time aircraft owners looking to save a few bucks. The model’s O-200 Continental pumps out 100 hp, enough to push the little Cessna along at about 95 knots while sipping fuel at less than 6 gph. Accommodations weren’t exactly spacious, with a cabin only 39 inches across at its widest point, but a little baggage compartment behind the seats allowed carrying modest suitcases or even a small child in an optional mini-seat.

Perhaps the C-150’s best feature was simply its durability. The design proved itself highly resistant, if not totally immune, to student abuse. Such a tough personality helps qualify the C-150 as an excellent, personal flying machine.—Bud Corban

9) PIPER CHEROKEE 140
Of all the aircraft featured in this article, the Cherokee 140 is probably the easiest to fly and the simplest. Fitted with manual flaps, a virtually indestructible Lycoming O-320 engine and tough oleo gear, the 140 is one of the most popular four-seat designs in the sky (although some models were fitted with only two seats).

Like the majority of other Cherokees, the 140 manifested the most docile stall of any trainer, a tame nose-bobbing accompanied by a gentle mush downhill and hardly any tendency to drop a wing. Landings were the next thing to automatic, so simple that some instructors felt the Cherokee was too easy to fly. Many 140s served their time as trainers, and today, thousands of the type help introduce new pilots to aircraft ownership.—Douglas Colby

10) CESSNA 170
Predecessor to the world’s most popular airplane, the Cessna 170 was itself a popular machine. Some traditionalists even prefer the C-170 over the later C-172. The earlier airplane was a stretched and powered-up version of the C-140, and some 5,200 of the type were built in the late ’40s and early ’50s.

With 145 hp under the bonnet, the C-170 was granted a 2,200-pound gross weight against 1,300 pounds empty. The airplane sported a theoretical 600-pound payload, and if you needed to carry a two-plus-two passenger load, the C-170 could do it, although with minimum enthusiasm. Climb at gross was a realistic 600 fpm to a little over 13,000 feet, so the C-170 wasn’t suited for high altitude. It still represents a reasonable investment for pilots searching for an inexpensive, fun people mover that isn’t picky about runway length or condition.—Bud Corban