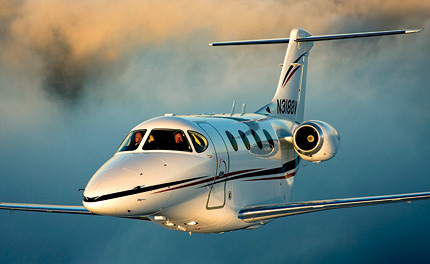 Thirty years ago, in what turned out to be a career mistake, I abandoned objective journalism and essentially sold out (for a pile of money, a big expense account and a twin-engine company airplane) to edit a group of corporate magazines for a major aircraft manufacturer. Nothing wrong with its products; nothing wrong with corporate magazines—just not the right decision for me.

Two years later, I corrected my mistake by forsaking caviar and filet in favor of hot dogs and beans. In other words, I returned to freelancing. I was once again free to do what I wanted: fly and write about it for this and other magazines.

One positive aspect of my brief investigation of subjective journalism was that I interviewed a number of very affluent owners of turbine aircraft. Almost without exception, they were all brilliant, driven individuals who had worked hard to achieve their financial station, were proud of their accomplishments and could make convincing arguments that a corporate aircraft was the only way to get the job done. 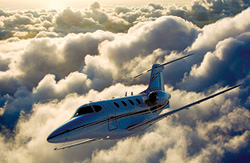 The Premier was introduced in 2001 as a competitor for Cessna’s very successful Citation CJ series (at the time, the CJ1 and CJ2 models; since then, joined by the CJ3). From the beginning, Beech’s concept was to create the most comfortable single-pilot-certified airplane in its class.

In this respect, Beech relied in part on research from the Starship project of the 1980s. Though the Starship wasn’t successful, it did allow Beech to explore new avenues of composite construction and to certify an airplane unlike anything built before. Composite technology has been used extensively in military and commercial airline aircraft for the last two decades. The Hawker Beechcraft Premier 1A incorporates many of the technologies from that project.

Beech elected to construct the fuselage out of carbon-fiber/epoxy honeycomb composites (again, direct fallout of technology gleaned from the Starship). That’s at least partially because composites are 20% lighter and three times stronger than aluminum. Because of their light weight and economical construction, the fuselage structure benefits from 13% more volume. Though the wing itself is conventional aluminum, the ailerons, flaps and horizontal stabilizer also are composite (also for additional strength).

In fact, if you hadn’t guessed from the airplane’s generous cross section, the Premier’s cabin is by far the largest in its class, essentially a tube measuring 5.5 feet in diameter. That’s nearly stand-up headroom for some folks and eight to nine inches larger than the fuselage of the Cessna CJ series or Lear 31A, the Premier’s closest competitors back in 2001. The first four seats are fully articulating, and the Premier’s interior redefines first-class. Pressurization is 8.4 psi, allowing an 8,000-foot cabin at the airplane’s certified maximum altitude of 41,000 feet.

Up front in the office, the Rockwell Collins Pro Line 21 digital integrated avionics suite incorporates every input and readout with maximum logic and minimum effort. All inputs are through a keyboard rather than twisting knobs. The Rockwell Collins Integrated Flight Information System is standard with electronic charts, airport displays, XM satellite graphical weather and map-overlay capabilities.

The Premier is blessed with a pair of Williams FJ44-2A turbofans, rated for 2,300 pounds of thrust per side, and that makes it an instant winner in all the performance parameters that count. It leaps off the ground in less than 3,800 horizontal feet at sea level, climbs at an initial 4,000 fpm and can level at FL410 in less than 23 minutes.

I talked to a half-dozen Premier owners, and all suggested that they enjoy the airplane’s remarkable ability to leap tall heights in a single bound. One said, “I typically climb out at 250 knots below 10,000 feet, then transition to about Mach 0.65 for the remainder of the climb. I’ve had several instances when ATC needed me to slow down during climb, as I was climbing faster than some other jets were cruising.”

Owners also suggested it didn’t make much sense to fly a fast jet slowly unless there was a range issue, and most said once they reached cruise altitude, they operated at max Mach virtually all the time, typically flying as high as ATC would allow. Max cruise is about Mach 0.80, which equates to about 450 knots at optimum altitude. Perhaps more than coincidentally, this is exactly the typical cruise speed of most airliners. (Perversely, the fastest airliner is also the largest: the Boeing 747, which reaches Mach 0.85. Unlike the big Boeing, however, the Premier doesn’t burn one gallon per second.)

Editor Jessica Ambats and I flew the Premier 1A demonstrator with a team of sales and demo pilots from Hawker Beechcraft: Product Manager Joe Grubiak, Chief Demo Pilot Peter Kennedy and consultant Robert “Hoot” Gibson, a former Navy F-14 pilot who saw combat in Southeast Asia during the closing years of the Vietnam War. After his Navy experience, Gibson was selected as an astronaut and logged some 36 days in space, flying five missions on the shuttle in the ’80s and ’90s. He served as Chief of the Astronaut Office in the early ’90s. Gibson is also a world-record holder in the Premier 1A, with three city-to-city records: Seattle to Las Vegas at 426 knots (490 mph), Las Vegas to Wichita at 470 knots (540 mph) and Chester, England, to Geneva, Switzerland, at 445 knots (512 mph).

We met the Beech team at Santa Monica Airport and walked out to the airplane after a briefing on the why and wherefore of the Premier 1A. From the moment you see it, the Beech Model 390 is one of those designs that you somehow know you’re going to love. Even parked on the ramp, it has a different look than most other business jets: visibly taller and wider with an elegant wing sweep and an area-rule fuselage concaved at the aft engine station.

The airstair door folds down with one hand, opening into the kind of cabin you might expect of a Beech turbine product. The interior is impeccably furnished—a typical comment in several of the owner interviews.

With 12,500 pounds to lift and 4,600 pounds of thrust to do it, the 1A has to gather itself for takeoff, but once the power kicks in, there’s no question you’re leaving. We hopped out to the former George Air Force Base, now known as Southern California Logistics Airport, in Victorville, Calif., for a series of touch-and-gos and some climb/cruise checks.

To no one’s surprise, the Premier 1A did exactly what it was supposed to, climbing as if something bigger was chasing it and scoring an easy 445 knots at max cruise and FL330. Despite its speed up high, the airplane proved almost ridiculously easy to fly in the pattern, always the acid test for jets, especially those certified for single-pilot operation. Demo pilot Peter Kennedy kept me honest during the approaches, using a modest 120 knots down short final. The Premier proved friendly in all regimes.

Three years ago, when I went back to Wichita to fly the Cessna Mustang, I was impressed with how simple the airplane was to operate. The Premier was similarly easy to handle, a tribute to uncomplicated design that’s specifically targeted at single-pilot certification. Kennedy even allowed me to fly the Premier 1A into the stick shaker, and the airplane manifested no unusual characteristics at super-low airspeed.

In fact, the Premier’s docile manners and high performance may be the keys to its attraction. By the time you read this, there will be probably 270 of the type flying. At $6.4 million per copy, that represents a significant endorsement by some knowledgeable pilots who aren’t afraid to tell the world they fly business jets.