Even as airlines park their planes and cancel big percentages of their flights with the COVID-19 pandemic, they are also looking forward to put themselves in the best place possible when business does return. Here’s how they’re doing that.

Most pilots at airlines in the United States are unionized, represented by the Air Line Pilots Association (ALPA), or other smaller associations that are often carrier-specific, such as at American or Southwest. Pilots work under Collective Bargaining Agreements (often just referred to as the CBA or contract) negotiated between their association and the company. These agreements often take years to create and amend, but situations like the industry’s current challenge demand a different solution.

Letters of Agreement (LOAs) for various Leaves of Absence (Also LOAs) are being crafted at many carriers as a rapid response to changing market forces in the industry. These agreements are between the company and union leaders, and do not require the vote of the pilot body.

Job preservation is a key concern for union leaders and adapting ways of keeping pilots out of the flight deck while keeping them on the payroll is a common theme at most carriers right now. United led the way with an offering for pilots to stay home for the month while being paid a reduced monthly guarantee. Pilots holding a regular line are guaranteed 70 hours of credit (pay) a month; almost immediately the company offered long-haul pilots 50 hours a month to stay home.

Similar agreements at other carriers quickly fell into place, which allowed companies to push their bidding cycles later into the month as forecast flying continued to be drawn down. For pilots who are financially secure and/or who have vulnerable family members, these options made all sorts of sense. “Incentive lines” to stay home went very senior across the entire fleet at one carrier.  More traditional short-term unpaid leaves of absence have also been offered.

These efforts to keep pilots on the payroll are made with the aim to keep from having to furlough pilots. Furlough is the F-word that pilots don’t want to speak, much less experience. Unlike the furloughs experienced in education and government shutdowns, it’s not just a couple of days at home without pay. It’s an indefinite layoff, albeit with a seniority number for recall when the company’s situation improves. Pilots are an expensive labor group to keep trained and current. Once past 90 days out of the seat, “three bounces” in the sim are required, and if they miss their recurrent training due date, the amount of training goes up exponentially. Many carriers cite a two-year furlough as the shortest time that makes economic sense, hence the creative solutions with short term leave and paying pilots to stay home.

Many pilots in the career have ridden out a furlough and view it as a rite of passage. Current airline pilots have experienced a couple of significant downturns that involved furloughs, including the years after 9/11, and the industry’s downturn in 2009 as oil spiked and pilot retirements paused because of the age 65 retirement rule. Many downplay their furlough as a character-building event, but that stoicism comes with time. Being sent home from a career that many have chased as a lifelong passion is a painful experience pilots will often go great lengths to avoid. In general aviation circles the “those who have and those who will” adage is oft applied to ground loops and gear-up landings; in airline circles, the fight is strong to keep from adding furloughs to that list.

Plane & Pilot Photo Of The Week From Jackie Steiner 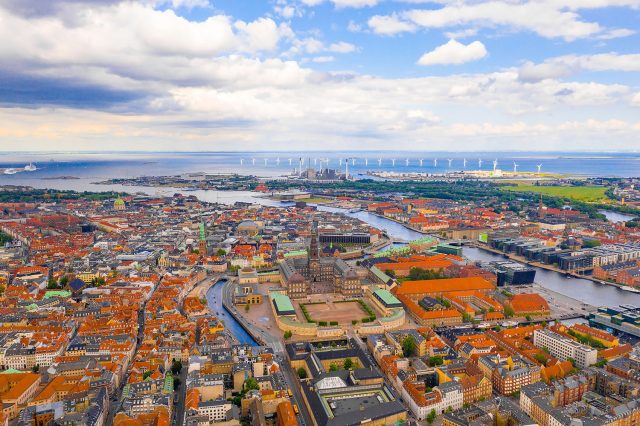 A Ferry Flight To And From Copenhagen