It is impossible to get from the bedroom to the bathroom in my house without stumbling across the word “mindfulness” on some book or magazine cover, which is an extraordinary feat because the bedroom and bathroom are connected. It seems as though you can do anything from making your bed to flying an airplane with this mindfulness thing, which, I guess, is the whole point.

In the plainest English, mindfulness refers to the idea of being in the present moment, the “here and now” as we said there and then, with some kindness and compassion thrown in, to boot.  Sounds simple, doesn’t it?

I have an aversion to anything that looks or smells like a fad. Then the better part of me remembers that sterile surgery was once a fad (truly), one that thankfully caught on. And having gone to a couple of meditation lectures back in the day, and then studying meditation from a research perspective, I confess that I actively meditated twice a day for over a year, and back then I believed that it helped me to sleep better, feel more organized so that I accomplished more, and feel more relaxed and in charge of my life.

But did it? There’s a growing body of evidence that when practiced regularly, mindfulness techniques do indeed help people lead healthier, happier and more effective lives. They’re hardly the only way to reach those ends, though. Mindfulness meditation is certainly not everyone’s cup of tea. For many, engaging in hobbies, listening to music, doing yoga or exercising can work just as well and surely beat some attempts at stress reduction, like drinking, which can work to some degree, but when habit becomes addiction it can be expensive in more ways than one. Learning time management strategies, seeing a kick-ass therapist from time to time or spending time with a pet can also do the trick.

I stopped meditating years ago because my early professional career was so filled with disparate things to do that meditation eventually gave way to the everyday demands of life. Only in the last couple of years, when I decided to use my meditation chops to quiet my body through the torturous ordeal of being snapped down to a radiation table during cancer treatment, did I begin to meditate again, and though difficult, I already see the benefits adding up. 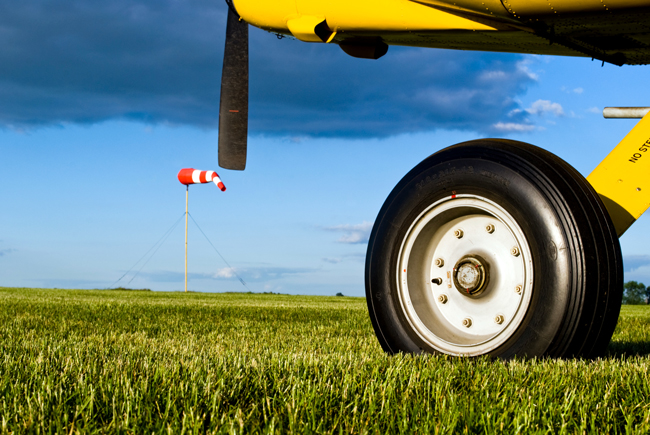 Pilots might think of it as another part of the preflight process. Before takeoff, we remove the pitot tube cover and gust lock, drain our sumps and even waggle the ailerons to make sure no one swapped cables on us when we weren’t looking. Mindfulness is geared to train ourselves to look where few pilots dare to go: inside ourselves. While it’s difficult for many pilots to accept, we’re human, get tired, troubled and sometimes ill. Some of us even fight with our spouses and pay taxes. Although most pilots I know believe they’re superhuman and immune to the effects of stress, situations can and do arise in which the demands of flying can quickly become overwhelming. In those situations, having practiced meditation at home can transfer to the cockpit as the pilot learns to pair invasive thoughts with calming down. And because meditation enhances the ability to stay in the moment, advocates say that meditation can even improve situational awareness.

A group of researchers working with the Royal Norwegian Air Force (the same folks whose exiled squadron had the highest success rate in defending London during the Second World War, co-founded NATO and is actively engaged in Afghanistan) found that after a 12-month period of mindfulness training, combat pilots reported better control of their attention and their states of arousal. The researchers didn’t measure whether the pilots were any better at being pilots, but it isn’t much of a leap to suppose so. In a second study, the same researchers trained a group of highly stressed military helicopter pilots in mindfulness meditation. The authors concluded that the training helped the pilots to relax under pressure and think more flexibly, and made them less vulnerable to habitual responding.

Meditation is a simple procedure, but getting better at it requires time and practice, so that when things get hectic you’re able to easily and automatically transfer your practice at home to the cockpit. Reams of research over the last several decades tell us that the particular brand of meditation you choose is less important than practicing regularly. Nearly every community offers courses in meditation, and books, websites and apps abound.

Most forms of meditation require sitting still in a comfortable chair for a definite period, say, 20 minutes twice a day, closing your eyes and letting whatever thoughts come to mind enter your awareness, and then letting those thoughts leave as easily as they came. It’s not the time to solve problems, but instead to sit quietly with whatever thoughts come and go.  If you find yourself lingering on a thought, gently bring your focus back to the breath.

Flying mindfully suggests being actively engaged in all of the various aspects of flying that are occurring in the moment and not drifting off into thoughts of the past or worries about the future. I would argue that pilots who remain actively engaged in all the various aspects of flying the airplane are better, safer pilots. They’re not thinking about what’s going on in family life, where to have dinner later on or how much work they have waiting at the end of the flight. They can be more fully engaged in flying the airplane.

“When all is said and done, flying well is itself a form of mindful meditation, in that it forces us to stay focused and attentive in the present moment.”

Mindfulness meditation not only teaches how to stay present in the moment, but it pairs that with a state of relaxation and acceptance. By training ourselves to accept our thoughts simply as thoughts while relaxing and breathing softly, we’re better able to react calmly in the face of stress and calamity.

I like to think of stress as having two vectors, like points on a compass. In my metaphor, the north-south vector is temporal: Due north represents acute stress, and due south is unrelenting, chronic stress. The east-west vector represents the type of stress. Eustress is the kind of positive stress that accompanies things such as job promotions, marriages and writing for a major aviation magazine. The opposite end is distress, which is the result of aversive events, such as the upcoming annual, the cost of ADS-B and alimony payments. In this metaphor, short distances from the stress center indicates a good day, but traveling any length from the center can be so taxing as to overwhelm even the most capable person.

In my compass analogy, both eustress and distress in their extremes can be bad for you, because stress is basically one’s response to an unaccustomed or repetitive event, even good ones. La mort d’amour may be preferable to a midair collision, but they will both activate your life insurance policy.

When all is said and done, flying well is itself a form of mindful meditation, in that it forces us to stay focused and attentive in the present moment. Pilots who live long enough to talk about it with their grandchildren know that flying is inherently dangerous, and have managed to meet those challenges head-on. I don’t think a good pilot ever wants to be surprised in the cockpit, but the best pilots are trained to expect the unexpected. And the fact remains that the more one flies, the more surprises do happen—an instrument that goes haywire, a plane that pops out of a cloud unannounced and passes by your wing, an engine that sputters, a throttle control that suddenly gets hard to move. Pilots who fly frequently are constantly adjusting to the (hopefully) small surprises that the complexity of our modern carriages present. As we calmly respond and solve these inherent problems, we find ourselves pleasantly energized at the end of a safely completed flight.

Mindfulness meditation can also help student pilots who fail to make progress either because they’re so critical of their obvious mistakes that they believe they just can’t get the hang of it, or those who are so oblivious to their mistakes and lacking in self-criticism that they repeat their mistakes and only learn to fly in spite of themselves. For students in the former category, learning to pair self-critical thoughts with an accepting attitude can go a long way, while learning to listen to one’s own thoughts can help develop the insight needed for those in the latter category.

Now, as I mentioned, I’m not a big fan of fads, but meditation has been around for millennia, and there are now decades’ worth of research supporting its benefits for all sorts of folks in all sorts of places. Research into its effects on pilots is nascent, but it’s probably a no-brainer that anything that helps situational awareness, flexible thinking and staying calm in the face of multiple demands is a good thing for those of us who fly.