Meet the Vashon Ranger, a new LSA that’s ready to roll after years in top-secret development. The airplane is the pet project of Dynon Avionics owner John Torode, who has a liking for all-metal planes with high wings—he’s got a Beaver and a 185 on floats. Five years ago, Torode hired aircraft developer Ken Kruger, who’d previously worked at Van’s Aircraft and, so, knew a thing or two about metal airplanes.

The Ranger is an all-metal two-seat side-by-side high winger powered by a Continental O-200D engine. It has a castoring nosewheel, a cantilever wing for what looks to be great visibility, and what the company is calling “beefy” landing gear to absorb the punishment that student pilots (and the rest of us) can occasionally dole out. The Ranger is intended to be a thoroughly conventional new trainer—the strutless wing is a nice upgrade from the norm. 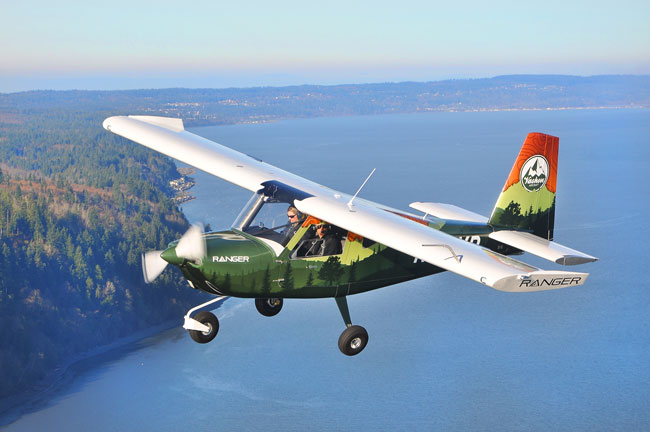 The Ranger is intended for the training market, but the company plans to deploy it slowly at first, renting it to schools in the Seattle area, where Vashon is based, before opening up the market over time, a rollout plan that might take a couple of years before the plane is widely distributed.

The avionics, you won’t be surprised, will be the Dynon SkyView flat-panel suite. The price is set initially at just a hair under $100,000. That low price point has been a tough one to hold for many companies going into the LSA business.

Vashon Aircraft plans to roll out the plane to the public at Oshkosh with as many as five Rangers on hand there, with at least a couple ready for customer demos.