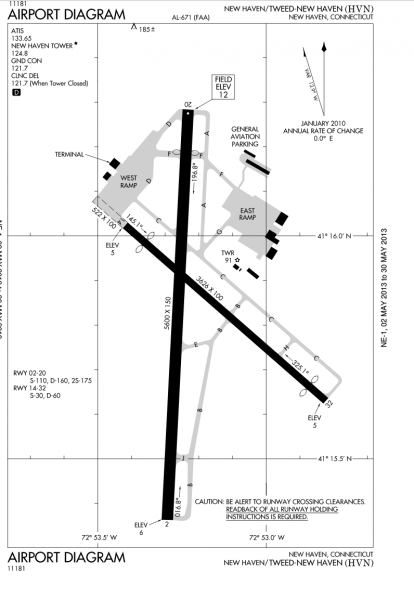 All the New Haven Tweed Airport Authority wanted to do was lengthen the runway so it was safer for and more accessible to smaller jets. The process would have taken the 5,600-foot runway and lengthened it to 6,600, which would allow larger commercial jets to land there, providing airlines the ability to provide service to cities farther away than Philadelphia, which is the lone city served from Tweed today.

The problem began when the city of New Haven, Connecticut responded to residents’ complaints by enacting a law limiting the length of Tweed’s longer runway to 5,600 feet, its current dimension. The airport authority sued, claiming the City was trespassing on the Federal Government’s right to make the rules about aviation.

Earlier this week the Federal Second Circuit Court of Appeals ruled the City was out of bounds in creating the law and ordered it struck down, a phrase that makes the process sound a lot more dramatic than it is in real life. The court cited the airport’s acceptance of federal airport improvement money and the guarantees that come as part of that agreement.

So it’s a win for airports and pilots and traveling New Havenites, But we urge readers to remember that Santa Monica Airport, which won the same kinds of rulings years ago in its quest to remain open over residents’ objections, ultimately lost their fight. That airport’s single runway has been shorted, to prevent jets from flying in, and the City plans to close the facility altogether on the last day of 2028.

For our part, we surely hope that unlike Santa Monica, Tweed Airport gets its runway expansion and a long lease on life.