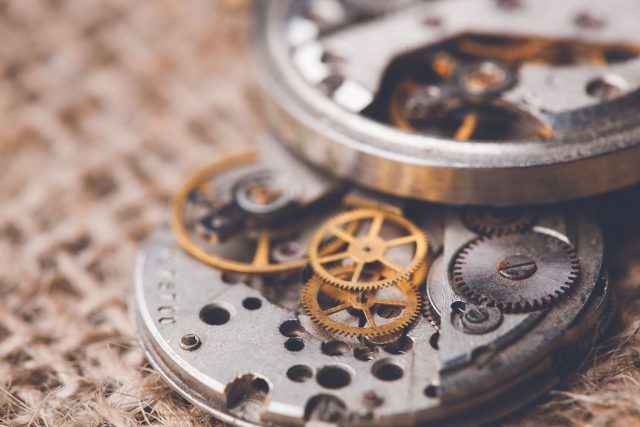 As a newly minted first officer, I was assigned to a rather senior IOE (Initial Operating Experience) captain. Bob was a man of few words. He was also a man of eminent good sense, zero pretense and an almost supernatural calm. From day one, and nearly every day thereafter, he urged me to strive for what he called “smoothness.” Good airline pilots, he assured me, fly smoothly. They accelerate smoothly, rotate smoothly, climb smoothly, descend smoothly, land smoothly, and taxi to the gate smoothly. Certainly, he admitted, there were exceptions to the rule, such as landing on a short runway with uncertain braking. “Slamming and jamming,” though, was the mark of an amateur who respected neither the airplane nor the noble profession in which we were engaged. Bob clinched his argument thusly: “This plane is built well and the wings will probably never fall off. If they do, however, they will not fall off while I’m flying it.”

I have remembered that advice and passed it along. Bob believed there was a standard that all airline pilots worth their salt were obliged to strive for. But it wasn’t about the standard. What Bob was trying to instill in me was an ethic. He believed that learning to operate machines properly was a solemn obligation. He also believed that doing so was a great joy. “Getting good at it,” according to Bob, was one of life’s unalloyed pleasures.

I have operated many different machines in my life. There were certainly some that I never got the hang of; curse you unicycle! But other machines I not only learned how to operate but also formed true relationships with. I have great nostalgia for these machines and will hear no ill spoken of them in my presence. Among this group, I count a few airplanes: the ATR 72, the Piper Seminole, and the Beechcraft Skipper. I include a couple of automobiles: the 1980 Honda Civic DX and a certain 1921 Ford Model T Doctor’s Coupe. On this list also are a number of more diverse machines with which I have spent many happy hours. Examples include my grandfather’s Thompson Brothers wooden boat, an old Lincoln A/C arc welder in my father-in-law’s shop and an obsolete computer running an obsolete word processing program called MacWrite.

What this odd assortment of machines has in common is…me. None of them is in the top of their class. Most of the machines I have fallen in love with and gotten good at operating have been functional and reliable, but, in most cases, I did not choose them for these qualities. I did not choose them at all. They chose me, and, like a happy marriage, we got to know each other and learned how to live together, ultimately forming an unbreakable bond.

When I reflect on it, I find that I have spent most of my life operating machines. I have found great satisfaction in acquiring the necessary skills. I have applied Bob’s ethic and have found that it serves me well. Machines respond to Bob’s philosophy. They reward practice. They reward effort. They reward patience. They reward humbleness and respect. If you do not believe this, borrow a backhoe from some unsuspecting rental agency and try to dig a ditch. Tell your friends to stand back.

Too tough? How about something easy—a snowboard. It’s just a simple machine; it has no moving parts. And yet, the difference between my first ride on a snowboard and the “just messin’ around” of Shaun White is the difference between a firecracker and an atom bomb. That is not because Shaun White stepped out of the womb with “righteous” snowboarding skills. He worked hard to master his machine. He respected his machine. He got good at it.

Airplanes are wonderful machines to try to master. They are fun and interesting because they operate in a realm of almost infinite variables. Take aircraft performance, for instance. Many performance parameters are affected by density altitude. As density altitude increases, the wings produce less lift, the engine produces less power, and the propellers lose thrust. So, that’s a few variables to keep track of. But density altitude itself is a product of temperature, pressure and even humidity, each of these factors being almost infinitely variable, too.

Beyond this, we have weather. Pilots know, better than anyone, that weather can be changeable. In a single day at the airlines, we might dodge thunderstorms in hot, humid Miami, de-ice our plane in Fargo due to freezing rain, and get our teeth rattled by mountain wave turbulence in Denver.

Consider aircraft type. There are thousands of varieties. The other day at O’Hare, I saw a V-Tail Bonanza in line for takeoff behind a Lufthansa Boeing 747-400. Need I say more?

Flying’s possibilities are endless; speed, weight, configuration, engine power, CG and don’t forget pilot skill. That is why flying is endlessly interesting and endlessly rewarding. Even after 20 years at the airlines, I encounter new experiences every day. I never grow bored of sailing up into the sky.

“Getting good at it” requires getting to know your aircraft. There is a reason that the best-known idiom for using one’s judgment and perception is aircraft related. “Flying by the seat of your pants” is not the only way, or even the proper way, to fly an airplane today, but that seat of the pants feeling is still part of the equation. After you have flown a few hundred hours in your favorite aircraft, you will know it like the back of your hand. If something is amiss, you will know it.

You will know it by sight. You will recognize the proper deck angle for any particular phase of flight. You will know it by sound. Any variation in the vibration of an engine or a change in wind noise will be apparent to you before you see it on an instrument. And you will know it by feel. One afternoon, while climbing out of Oklahoma City, I could sense that there was something wrong. It took me a minute to recognize the sensation, but I soon realized that my ears were popping at a quicker rate than on the previous 100 flights. I looked down at the cabin pressure rate of change indicator and discovered that the Auto-Pressurization Controller had failed. We ran the checklist and switched the system to manual control long before the cabin altitude reached the 10,000-foot alert level.

There is mystery in the process of mastering your machine, too. Skills acquired through practice and patience become part of you, part of your muscle memory. They defy explanation. I made a smooth landing in Toronto the other day (please don’t believe that is usual or repeatable). My new-hire F/O was impressed and asked for my advice about his landings.

“How do you judge when to flare?” he asked. It is a legitimate inquiry and certainly one a former flight instructor should have been able to deal with. I stammered. “Well, uh, you see, it’s like this…” I trotted out some tried and true boilerplate about looking down the runway rather than focusing too close to the aircraft. Then I was forced to admit it. For better or worse, I don’t know how I land an airplane anymore. I just do it. I’m no Shaun White, but I suppose I land an airplane the same way he manages the half-pipe; I just do it. I’ve done it so many times, and done it wrong so many times, that my brain anticipates the problems and adjusts as necessary.

I often think of Bob when I pull off a smooth landing or plan my descent to hit a fix just right. Even after 20 years, I can’t do that every time. I console myself with the knowledge that NBA players, the best basketball players in the world, only hit the free throw, that simple, straightforward, low-variable shot, about 70 percent of the time. Even Shaun White only got gold medals in three out of four Olympics. Okay, that’s still pretty awesome. But me and the Flying Tomato do have one thing in common. We keep on trying. Shaun missed the medal platform in 2014 in Sochi, and I bounce a landing or two…or three…or 10, from time to time. But Shaun continued to master his machine and took a third gold this year in PyeongChang. And sometimes, if I’m lucky, I achieve “smoothness.”

Bob’s ethic was never about achieving perfection. It was about striving for perfection and getting satisfaction out of the effort. Mastering your machine, whether a snowboard or a Cessna 150, is a thing worth doing. If you can stick the landing, so much the better.