There are many milestone numbers an aviator may log in the course of their career. Flying through the first 10-hour block of aircraft rental seems like a big commitment at the time.  Hitting 100 hours so the insurance companies quit hanging up when you call. Going through four digits at the thousand-hour mark. Professional pilots see the 10,000-hour mark with regularity, but not as many see 10,000 hours in a particular type. This week at the Sun ‘n Fun Fly-in, Lee Lauderback hit 10,000 hours in one of the most mythical and revered aircraft types that many aviators can only dream of flying: The North American P-51 Mustang.

Lauderback, “Mr. Mustang,” chalked up his 10,000th hour piloting P-51 Mustangs during the Tuesday airshow at Sun ‘n Fun. Lauderback began flying at age 14, and has flown numerous corporate and military aircraft. Along the way, Lauderback racked up some amazing achievements. He was one of the first civilian pilots to inaugurate the United States Air Force Heritage Flight formation demonstrations that combined modern and vintage fighter aircraft. He is a 2017 recipient of the ICAS Sword of Excellence award recognizing his three decades of flying the P-51 and commitment to safety. Also at Sun ‘n Fun, Lauderback joins the Florida Aviation Hall of Fame as a 2019 inductee.

His company, Stallion 51 in Kissimmee, Florida, offers everything from a short introductory flight in the Mustang to full-up flight and recurrent training for Mustang owners. Stallion 51 also offers training in the AT-6 Texan and Aero L-39 Albatros jet. Sales and support services for these aircraft are also available. 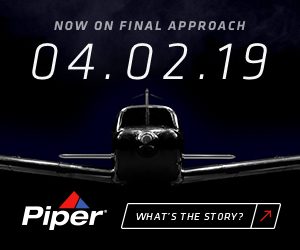