The Cessna Citation Columbus
In early February 2008, Cessna finally admitted its big, big secret: The Model 850 will indeed go into production. Named “Columbus,” the largest-ever Citation was teased at NBAA in late 2006, refined for 2007 and slated for customer delivery in 2014.

With configurations for up to 10 passengers (plus two pilots), the flight systems will include conventional hydraulics and a Parker Aerospace “hybrid fly-by-wire” system for enhanced safety, redundancy, dispatch availability, handling and ease of control inputs. Some weight savings over conventional systems are also anticipated.

With a cabin length of more than 36 feet (including baggage) and a stand-up height above 73 inches, the Columbus is, by far, the largest Cessna ever. Cessna expects class-leading performance figures that include a 4,000 nm range at Mach 0.80, a 488-knot cruise speed and a maximum of Mach 0.86. Takeoff at max weight will be around 5,400 feet; payload with full fuel is targeted at 1,950 pounds.

Similar dimensionally and in payload to the midsized 850XP, the 900XP has Honeywell’s new TFE731-50R engines and Hawker Beechcraft’s enhanced winglets. Takeoff and cruise realize performance enhancements thanks to the engines’ extra thrust (in high/hot conditions), and efficiency is improved with a demonstrated 9% increase in high-speed cruise range.

L’Hélicoptère Par Hermès: Helo As High-Class Accessory
Usually, you get luggage to match your company’s elegant helicopter; with Eurocopter’s EC-135 “L’Hélicoptère par Hermès,” it’s the other way around. Shown at NBAA last fall, the ultraelegant (but mechanically near-standard) light twin-turbine EC-135 is clothed inside with a Hermès Gainier fabric called Toile H, a trademark off-white canvas seen on the company’s high-line luggage. The project was assigned to freelance designer Gabriele Pezzini, who “knows and shares Hermès’ values,” according to François Taverne, Chairman of Hermès Gainier.

The resulting machine is breathtaking in its beauty, and its function has also been enhanced at the margins. The seats (a rear bench replaces the standard buckets) and controls are covered in supple calfskin. Additionally, the landing skids have a new design that allows passengers to emplane and alight with more grace; and the new door handles won’t break your nails or offend your eyes. Those of the eligible class already know such things as price, color choices and availability. Find out more at www.eurocopter.com.

Adam Aircraft Files For Bankruptcy
After delivering a total of seven A500s to customers, Adam Aircraft filed Chapter 7 (liquidation) bankruptcy in February and closed its doors after failing to meet funding obligations.

“In the absence of additional funding for the company to continue operations, it is…in the best interest of the company, its creditors, shareholders and other interested parties” to file Chapter 7, the company said in a court filing.

All of the company’s 800 employees have been laid off and Adam’s chairman and CEO resigned on February 15. At this writing, the company’s assets were slated to be sold at auction on April 4 and there’s no news regarding whether the type certificate will be acquired by any other concerns interested in producing either the A500 piston twin or A700 VLJ.

Because some forward operating bases aren’t accessible to nonmilitary people, some ground courses are taught by military personnel. In these cases, Embry-Riddle thoroughly screens all potential adjunct instructors to assure the same faculty excellence and quality of instruction that are offered by its stateside counterparts. This allows the school to provide ground courses to students who otherwise wouldn’t be able to attend a classroom course. The aviation-maintenance program is quite popular at BAF, as are aviation-maintenance technology (Part 65), management, safety, security and intelligence courses. Soldiers and military contractors enrolled at Embry-Riddle complete the program in five months, earning 21 semester hours toward either a certificate or degree-track program. The Afghanistan campus has had more than 200 enrollments since August 2007.

Online students get the same ongoing guidance as ground students. Because Internet access is often inconsistent, Embry-Riddle is piloting “Blackboard Backpack,” which allows students in remote locations to download courses to their personal laptops and participate as if attending the course, giving them access to discussion questions, assignments and peer interaction. Once they establish an Internet connection, they upload their assignments into their Blackboard classroom. Learn more at www.embryriddle.edu.

Piston-Single Fractional Ownership Moves Upscale
PlaneSmart! Aviation has pioneered what it calls “professionally managed shared ownership.” These are fractional shares coupled for the first time in light GA to professional management, which emphasizes the convenience and time savings that such a program offers its members. The company has moved further upscale, ordering two fully loaded Cirrus SR22-G3 Turbos for spring delivery. The addition of the new G3 Turbos is yet another step-up for owners with as little as a 1⁄8 share. The PlaneSmart! fleet now numbers five G3 Turbos and a pair of SR20s used for training, rental and backup.

The G3 Turbo’s turbonormalized engine provides rated power to the certified ceiling of 25,000 feet, affording pilots predictable hot/high performance. All the aircraft are professionally maintained; this includes storage and cleaning, as well as all mechanical work, inspections, AD compliance, etc.

PlaneSmart!’s airplanes are always identically equipped and ready to go with charts, headsets, fuel cards and insurance (transition training and an instrument-rating course are also offered)—everything the fractional owner needs to “just go fly” his or her new Cirrus. By configuring its planes identically, PlaneSmart! ensures that transition throughout the fleet is standardized. The company has loaded up these latest aircraft with every available comfort and convenience option, in keeping with the top-of-the-line image of the top-of-the-line Cirrus. For additional information, log on to www.planesmart.com.

The company isn’t making a big deal of it, but as the product mix continues its march into higher demographics, the dollar-denominated increases should be even larger. Bombardier’s segment of business aircraft has grown each of the past four years, in both orders and deliveries; the just-ended year was an all-time record in both categories. Unit orders across Bombardier’s aircraft line increased from 363 in 2006/2007 to 698 in 2007/2008, a 92% bump. (Bombardier’s fiscal year ends on January 31, so there’s a small overlap in years.)

In an official release covering the announcement of the year-end numbers, Pierre Beaudoin, President and COO of Bombardier Aerospace, offered the following understated quote: “This has been an excellent year for orders and deliveries at Bombardier Aerospace.” No kidding! Learn more at www.bombardier.com.

Eclipse Earns Certification Of New Color Radar
Eclipse Aviation’s commitment to JRC (Japan Radio Company) avionics has achieved another milestone: the JRC color radar system was FAA-certified in late February. The advanced system, designed by JRC and Eclipse, is another complex technology that’s incorporated into Eclipse’s VLJ. Eclipse, based in Albuquerque, N.M., was founded on the principle of bringing state-of-the-art technologies to pilot/owners in order to make the experience safer, easier and more-pleasant, all the while increasing efficiency and dispatch ability.

The new system is seamlessly integrated into the Avio NG avionics suite and was introduced into the assembly line as certification occurred; there was virtually no delay between certification and aircraft completion, a testament to Eclipse’s manufacturing systems and its ability to coordinate and achieve certification of key improvements.

According to Eclipse, the color radar shows “tactical radar information” on the Eclipse 500’s PFD (primary flight display) and “provides equivalent reliability and functionality” to that of the legacy system. For more info, visit www.eclipseaviation.com.

ASA G1000 Course Approved For WINGS Credit
Now you don’t have to sit in the airplane, running the battery down, as you practice using the G1000. ASA offers an interactive course, developed by NAFI MCFI Mike Gaffney, President of Skyline Aeronautics, an A&P and 2007’s National Flight Instructor of the Year. The course has been accepted by the FAA’s WINGS program to satisfy some of the “knowledge track” requirements of 14 CFR Part 61.

Accepted by FITS (FAA/Industry Training Standards), this course features scenario-based training, single-pilot resource management and learner-based grading, all designed to make handling the Garmin system more natural, informative and useful. Its 14 chapters cover “everything related to operating the system in VFR and IFR,” according to Gaffney, who developed the product from the full-day, FITS-accepted G1000 course he teaches at Skyline.

Of course, it’s possible to climb into the airplane with manual in hand and practice without the course, but the drawbacks are obvious (even aside from the logistical problems one encounters in getting to the airport and into the airplane). Either auxiliary power must be hooked up or the battery will be drawn down; distractions at the airport are often greater than at one’s computer; the environment in the hangar or on the ramp may not be comfortable; and in many cases, the Hobbs will be running! Besides, teaching oneself may be less enlightening than learning from a Master CFI.

ASA urges those learning the G1000 for the first time or those still transitioning to glass to have a look at this comprehensive, interactive course. For more, visit www.asa2fly.com. 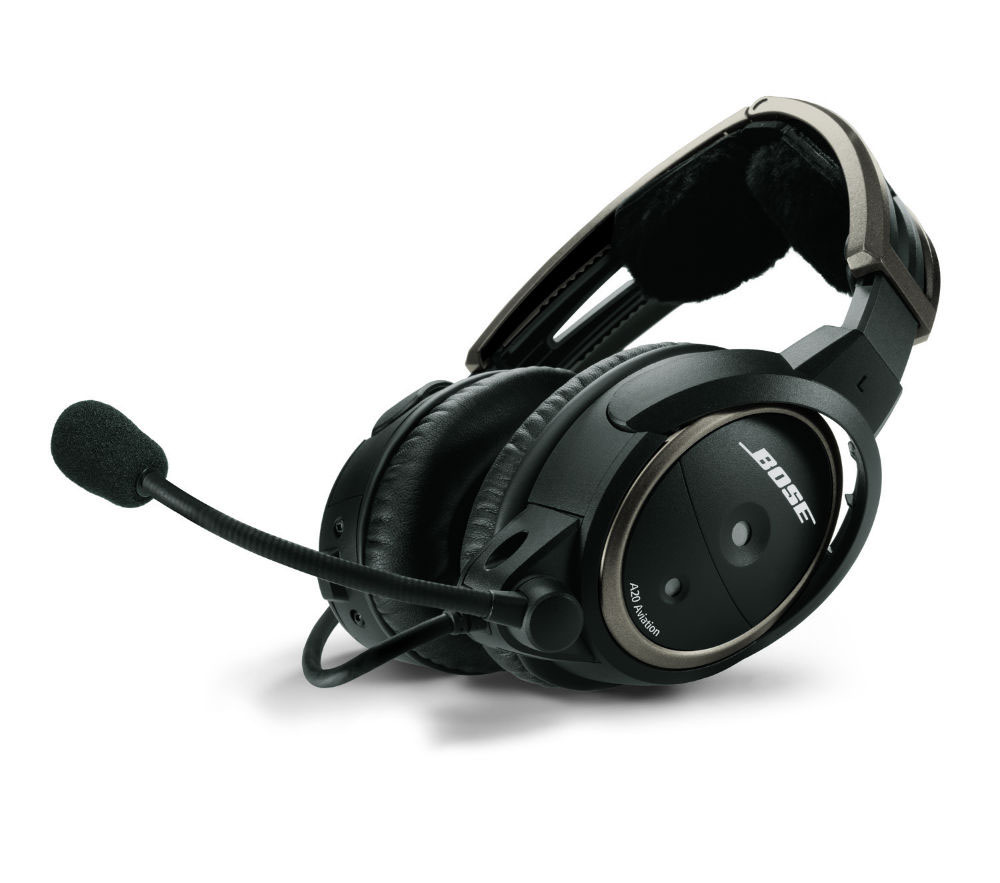