A few inches away, the world isn’t a friendly place. I’m cruising in a new Mooney M20TN Acclaim Type S at 25,000 feet over central Florida, and despite clear skies and warm temperatures on the ground, the air is cold and thin nearly five miles above the ocean. Without the Mooney’s protective bubble of aluminum and Plexiglas, plus oxygen masks to provide supplemental O2, I’d be in trouble.

The outside air temperature is about minus-30 degrees C, and the air is so thin at this height, we mere mortals would be tempting fate without our masks. If we were scaling K2 or Everest, we’d be only 1,000 feet below what climbers call the death zone. Technically, atmospheric pressure at FL250 is only about a third of that at sea level, and humans don’t do well at such heights without supplemental O2.

The new, production Acclaim Type S that has us surrounded doesn’t seem to mind the conditions. The airplane’s big Continental TSIO-550G engine features twin turbos and dual intercoolers; it thrums happily in the cold, high sky.

Loaded up with full standard fuel and two big pilots up front, the airplane is nearly at gross weight as it gradually sneaks up on its max cruise number. I watch the true airspeed readout on the Garmin G1000, and the numbers slowly count up to 239 knots. That’s 275 mph in nonpilot speak, about four times legal freeway speeds and faster even than a Bugatti Veyron. Normally, 239 knots is the beginning of turbine country, recorded by C90 King Airs and the like, but the fastest of the Mooneys takes truly high cruise in stride.

Speed has always been Mooney’s strongest suit. The type has consistently manifested among the highest knot count per hp in general aviation. In today’s world of $6-per-gallon avgas, the airplane’s ability to wring every possible knot out of each gallon serves it well. The gold standard of performance was previously one mph per hp, and a Mooney is one of very few production airplanes to realize that goal (achieved 30 years ago on the 201, flying 200 mph on 200 hp). Better still, the turbocharged Mooney 231 came close to realizing one knot per horsepower in 1979, delivering more than 200 knots on only 210 hp.

Alas, the days of the 200 hp Mooneys are long gone, though some of Mooney’s old guard still regard the 201 as the best Mooney ever built. Today’s Mooneys fly behind engines with far more power, but because drag increases at the square of speed, what was possible with 200 hp is highly unlikely with 280 hp. The current state of the aerodynamic art isn’t up to 280 mph on 280 hp.

Still, by any standard, the new Mooney consistently achieves more with less. The Acclaim Type S is the second iteration of the Acclaim, and it’s arguably the fastest production, piston single in its class, period. Even if you’re not inclined to file for the flight levels on every flight, you can see impressive numbers at lower levels. At 15,500 feet, plan on 220 knots, and down at 10,000 feet, the Acclaim Type S should still trip along at 205 knots or more.

Mooneys weren’t automatically born to such speed. The Texas company’s original Acclaim was a notably quick airplane, but Columbia Aircraft used to claim that its Columbia 400 was a knot or two quicker. Accordingly, Mooney launched into a speedup campaign to raise the ante and reassert its claim as fastest airplane. Cessna (which purchased the Columbia 350/400 assets and type certificates when Columbia went bankrupt last year) no longer fuels the competition. Cessna now claims the 400 as simply the fastest, fixed-gear, production piston single, with a top speed of 235 knots. Mooney suggests a top speed of 242 knots, and no one disputes the claim.

Top speeds are pretty worthless numbers, as hardly anyone is dumb enough to flog an engine at continuous max power unless they’re turning the pylons, even if the engine is rated for it (as is the Mooney’s). The Acclaim Type S spec is 237 knots at 75%, and I’ll take 239 as a close approximation of that any day.

Such brevity isn’t possible without plenty of horses out front. The Acclaim Type S features a Continental TSIO-550-G, considerably derated on the fastest Mooney, but pushed to as much as 350 hp in other applications. Mooney claims the engine is turbonormalized, which might suggest a manifold pressure red-line of 30 inches. Instead, twin Kelly Aerospace blowers provide the big Continental with a limit of 33.5 inches all the way to the critical altitude of 25,000 feet.

However you choose to define “turbonormalized,” power is copious and may be limited only by the size of the airplane’s vertical stabilizer. A former president of Mooney suggested that it was unlikely the airplane’s comparatively small tail could accept a 310 hp engine, like the one mounted on the Cessna 400 or Cirrus SR22-G3. (Obviously, any major aerodynamic change, such as a larger vertical stabilizer, would require a completely new—and very expensive—flight-test regimen for certification.)

Of course, pure power installed in any airplane is rarely an end in itself unless the airplane is named Rare Bear. [For more about Rare Bear and the Reno Air Races, read “Days Of Thunder” in Pilot Journal March/April 2008.] Power can introduce all kinds of expensive problems—higher fuel burn, a more forward CG, reduced range, lower payload—and doesn’t come close to generating a proportional, offsetting benefit. (The formula suggests that the speedup is roughly equivalent to the cube root of the power increase.) Given enough power, you could probably blast the Queen Mary into orbit, but power has never been Mooney’s overriding philosophy.

The most efficient answer may be a combination of power and improved aerodynamics, and Mooneys have always offered more than their share of slick designs, a tough task with a predominately all-metal airplane that’s, by definition, more difficult to mold and shape than composites.

In this case, Mooney brought in one of the grand gurus of speed innovation to accelerate the Acclaim, Curt LoPresti of LoPresti Speed Merchants (www.speedmods.com) in Vero Beach, Fla. More than coincidentally, Curt’s father, the late Roy LoPresti, headed the design team that produced the remarkable Mooney 201 in 1976, wringing another 14 knots from the basic Mooney Executive fuselage and wing without a power increase. The elder LoPresti lived by the motto, “Life is short—fly fast.” Roy went on to become president of Mooney in 1984.

His eldest son, Curt, along with mom Peggy and brothers David and Jim have been working on Piper/Cessna/Beech/ Cirrus/Grumman American products, along with older Mooneys, for the last 20 years, and Curt was happy to apply his considerable aerodynamic skills to the new, ultimate Mooney.

“All the Mooneys are very clean designs, so there’s not a lot left to improve,” says LoPresti. “We analyzed the airplane’s drag profile and did find a few areas where we could clean up the airplane. Our calculations suggested the changes would generate about five knots more speed, and that’s about what they got.

“We discovered the most significant areas of excess drag were the nosegear and main landing-gear doors. The stock nosegear door had a bulge that was causing air to separate, creating burble,” LoPresti explains. “Mooney faired that in, creating a smoother passage for the air. The main gear doors also were a little too fat where the gear trunnion extends. Mooney also solved that problem.

“Additionally, we recommended installing a flap gap seal to keep air from leaking through the slot between the flap leading edge and wing trailing edge,” LoPresti continued. “Our final recommendation was that they remove their current flap hinge fairings, as they were causing more drag than they were curing.”

Before you can log the big numbers in cruise, you have to reach the flight levels, and the Acclaim Type S does that with dispatch. Flying from near-sea-level at Plant City, Fla., a few miles west of Lakeland, we lifted off and started the stopwatch on our climb to the flight levels.

I held a modified cruise climb of 110 knots pointed uphill, rather than Vy, in the interest of better engine cooling and improved over-the-nose visibility. ATC was willing on the day of our flight, and we were able to high jump all the way to FL250 without any level-off at interim altitudes. When I clicked the button at the top, time was 25 minutes and nine seconds, almost exactly 1,000 fpm. The rate varied from about 1,200 fpm initially to 900 fpm when I pushed over at 25,000 feet.

With such climb on tap, many Bravo and Acclaim pilots tend to fly high much of the time, especially eastbound, where the prevailing winds usually give you a push. Flying in the opposite direction, you can always opt to stay low where winds are lightest.

Standard fuel on the Acclaim Type S is 100 gallons. That’s plenty for most pilots, but for those aviators with the inclination to cover long distances at one sitting, the optional, 128-gallon long-range tanks provide truly bladder-stretching reach. Max cruise extracts about 22 gph from the quickest Mooney, so its apparent standard endurance is roughly four hours plus reserve. If you’re willing to settle for 200 knots at FL250, however, you can reduce fuel burn to just under 13 gph.

Opt for the 128-gallon tanks, and that translates to 8.5 hours of endurance and 1,700 nm of range, provided, of course, that you’re willing to sit in the seat for a full work day. Even I’m not that masochistic, but the message is clear: Any reasonable mission you can conceive, the Acclaim Type S can probably fly. Perhaps even better, if the cabin load will allow, you can buy the long-range tanks, fill them with the cheapest fuel you can find and fly an out-and-back without having to refuel.

No matter what your mission profile, you’re almost certain to notice the room and comfort of the Acclaim Type S. That’s because its dimensions have always been better than most pilots realize. The myth is that Mooneys are universally cramped and compact airplanes. The myth is just that—a myth. Width at the elbows in the front seat of the Acclaim Type S is a significant 43.5 inches. To put that in perspective, it’s 1.5 inches wider than a G36 Bonanza or G58 Baron’s cabin. True, seating is more laid-back in the Mooney than in other airplanes, so the vertical dimension is admittedly shorter, but legroom is excellent, and overall comfort is better than you might expect. Baggage goes behind the rear seats in a huge compartment limited to 120 pounds.

Make no mistake, no matter what its other talents, the Mooney Acclaim Type S is all about speed. It makes no compromise with comfort, yet flies behind less horsepower and still manages to go faster than anything else in its class. It’s designed for the pilot for whom nothing but the fastest will do. Roy LoPresti would be proud. 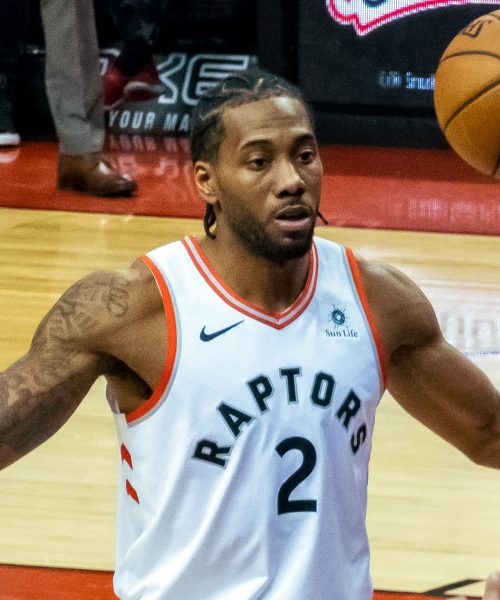