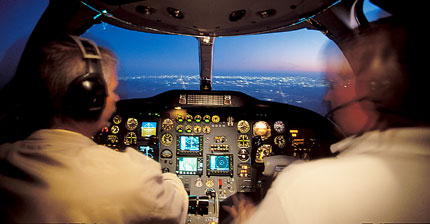 There are several distinct paths you could choose for your post-check ride career, but in all probability, you’ll pick and choose from each and combine them to build the kind of aviation life that suits you best. The scenarios include:

1. You’re content with your private-pilot license (PPL); you’ll seek new and unusual things to do with it.

2. You continue your aviation education by adding more ratings and endorsements.

Don’t Settle
The private-pilot license is a big deal all in itself, and for lots of people, that’s all they need to enjoy the rest of their aviation life. Without adding another single thing to the PPL, no endorsements, no nothin’, you’re free to wander at will anywhere and in any way you like. Think how much that frees you up.

You do have some big questions to answer, however. For instance, do you rent or buy? Quite often, this becomes a question of lifestyle and goals more than finances, although the money aspects can’t be ignored.

Something else that can’t be ignored is that unless you add at least a few endorsements and ratings, you may find yourself getting bored. Let’s face it—you can only buy so many $100 hamburgers. Without adding at least a few endorsements, high-performance, for instance, you’ll be limited in what kinds of airplanes you can fly. For that reason, the sameness may begin to get to you. The good news is that you don’t have to go far in aviation to find something new that will rekindle the spark.

Advertisement
More Is Better
Taking any skill to a higher level is always guaranteed to bring some spark back into it, and nowhere is that truer than in aviation. Even the simplest endorsement or rating automatically puts you back in the role of student and you’ll find the juices flowing again with a clear goal before you.

Incidentally, just to clarify the terms, endorsements are added to your logbook; ratings require a re-issuance of your license and are noted right on the face of it. An entirely new level of license is generated for the commercial and ATP, however.

The Endorsements
An endorsement is a simple step forward that can come right from your CFI and requires no check ride, as it’s nothing more than a scribbled confirmation saying you’ve received specific training and you’ve proven you can do a certain action, like fly a taildragger (see the article “Tailwheeling” on page 68), to the levels prescribed in the FARs. Few endorsements take more than five to six hours of dual time, and they’re usually something you can do over a weekend.

Tailwheel. The tailwheel endorsement is one of those that cuts both ways—it opens the door to an entire world of little 65 to 85 hp classic put-putts that you often can buy for a fraction of a newer bird. Without a tailwheel endorsement, you’ll miss out on the antiques and the fire-breathing akro birds like the Pitts and Extra.

High-Performance. The high-performance endorsement is one you’ll undoubtedly need if nothing else because it qualifies you to fly one of the most useful airplanes in aviation, the Cessna 182. It won’t take you long before you find the old C-172 has its limitations where, for the most part, the C-182 doesn’t. The FAA defines high-performance airplanes as aircraft with an engine of more than 200 hp.

Complex. The next move is to start looking at airplanes with disappearing feet for which you’ll need the complex endorsement. This carries with it the assumption that you really need the speed for the type of flying you have in mind. The FAA defines complex aircraft as those with a retractable landing gear, flaps and a controllable pitch propeller.

The Rating Game
Ratings come in a couple of different flavors, some more easily rationalized than others. Some, like a glider rating, exist solely for fun, while others, like adding multi-engine or instrument flying, are strictly there for utility.
Advertisement

IFR. If you go for the commercial in its entirety, you’ll wind up getting your instrument ticket anyway, but you can also get it à la carte—without the commercial ticket—and many people do. Even if you don’t plan on flying hard-IFR, getting the ticket greatly increases the utility of an airplane. So many times, all that’s keeping you on the ground is a benign layer of low clouds that present no challenge other than requiring the ability to climb through them to VFR on top (which is a subject for another discussion). It’s also a useful insurance policy for those times when you’re on a cross country and the weather starts coming down.

Multi-engine. Even if you don’t ever plan on flying a multi-engine airplane, learning to fly one is a mind-stretching endeavor that can be accomplished in a weekend and will increase your mental capabilities in the process.

Glider. Talk about something that expands your experience envelope! The glider rating introduces you to levels of judgment and pure stick-and-rudder aviating that’s available almost nowhere else, and oddly enough, it’s some of the least expensive flying you’ll do.

Seaplane. Seaplanes are cool! Simple as that. The time you spend flopping around on the water getting your rating will live in your memory as one of the high points of your flying career. A weekend gives you the rating and the memories for a lifetime.

Helicopter. There’s nothing more exciting than broadening your aviation horizons in a helicopter. Not only will the view, which you’ve seen a million times before in a fixed-wing airplane, look completely different in a helicopter, but you’ll also enjoy maneuvers like hovering and autorotations that aren’t possible in a fixed-wing. Although training can take just as much time as an airplane single-engine land private-pilot license, you gain a different perspective and a whole new set of skills that few private pilots get to enjoy.

The Additional Airmen Certificates
Still itching to continue to educate and challenge yourself? Why not strive to get another airman certificate? Sure, they may take more time, money and effort, but having these additional certificates under your belt will not only improve your skills, but also pave the way to an aviation career if you choose to do so someday. Either way, it’s an investment that’s well worth making.

Commercial. In theory, the commercial ticket exists so you can charge for your services, but don’t look at it that way. Look at it as a graduate course in flying—it takes the basics you learned in the PPL and carries them to a higher level of proficiency and capability.

ATP. The airline transport pilot rating is one of those things only the true pros actually need, but for many, it’s the cherry on top, the Ph.D. after your name that automatically says you’ve earned the entire list of merit badges, and a great thing to casually mention at cocktail parties.

CFI. If you really want to learn to fly, try teaching someone else to do it. Earning the certified flight instructor rating will teach you a lot, but not nearly as much as your first couple of dozen students will. You don’t have to instruct full time. In fact, the vast majority of CFIs are part-timers who use it as a way to keep in the air at a lower price as well as maintain their own proficiency. The CFI ticket is different from all the rest in that it’s a stand-alone license designed specifically to allow you to give flight training and charge for it.

With your check ride behind you, the entire world of aviation lies before you, but you’d better hurry. You only have one life, and visiting all aspects of aviation will take at least that long.