Back in the early ‘90s, shortly after Mooney introduced the world-beater, 270 hp, M20M Bravo, I came up with a story idea I was positive couldn’t miss.

The Bravo was an outstanding design, but it was basically a simple M20 wing and fuselage, the latter, admittedly stretched, but powered by a big engine, something many Mooney lovers regarded as heretical. Mooney’s M20M was, nevertheless, a quick machine, capable of outpacing virtually all other production piston singles and twins.

I’d flown the Bravo several times, and I knew it was probably the world’s fastest piston airplane. Why not, I reasoned, install a small ferry tank in an M20M, fly from Los Angeles to Jacksonville nonstop and set a number of FAI, city-to-city, world speed records in the process?

If I could catch the late winter jetstream that sometimes drifts south and flows from coast to coast, across the southern U.S., I was positive I could set some records that would stand for years. 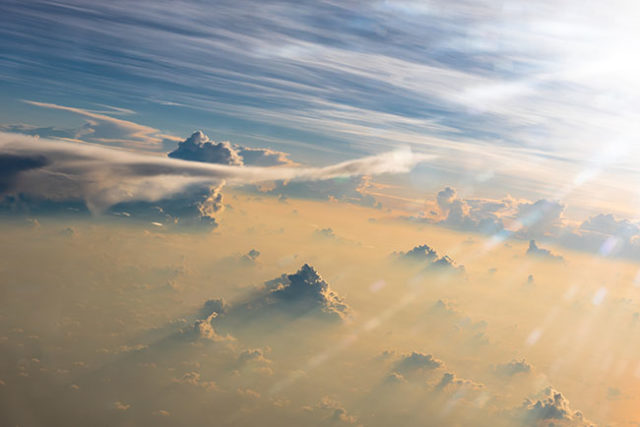 I pitched the idea to then-Mooney president Jacques Esculier, and, to my joy, he embraced the project wholeheartedly.

He had only one condition. The Bravo had to be totally stock, so Mooney could claim in future advertising that all Bravos are record-breaking airplanes.

In other words, I’d have no ferry tank for the 2,146-mile trip. There was no way I could make that distance on the existing 89-gallon fuel supply unless I was operating in a jet stream that was truly woofing.

Since I knew I’d have to stop, I went back to the charts and decided the best route would by LA, Albuquerque, Dallas-Love (for the fuel stop); then, direct to Jacksonville. If the wind was willing, I could surpass all four existing records in class C1C (2205 lbs to 3858 lbs) and set new speeds in the unlimited class, as well. Of course, I knew that any turboprop or jet could bust the latter unlimited marks at economy cruise settings, but I was determined that my four C1C records would stand for years.

In late March of 1994, conditions were as good as they were going to get. I climbed out of Long Beach over the ocean at daybreak, circled around on my way to FL250 and came back over the Los Angeles VOR at full speed, cleared “direct Albuquerque.”

Just over seven hours later, I landed in Jacksonville with an average speed of 300.2 mph, setting new marks for LA-Albuquerque, LA-Dallas, Dallas-Jacksonville and LA-Jacksonville.

Predictably, the fastest leg was the first one, LA-Albuquerque. At one point on that first leg, I saw a 300-knot (345 mph) groundspeed. My official record speed on that leg was 338.3 mph, not bad for a single-engine piston airplane. (I have no idea why the Federation Aeronautique Internationale insists on clinging to mph when the rest of the world has long since switched to knots.)

None of this would have been possible without help from the jet steam, a band of high-speed air that blows perpetually west to east in the Northern Hemisphere between about 25,000 and 40,000 feet. As a result of Coriolis effect, the high-speed air currents prescribe a huge series of S-turns, but they circle the planet at anything between 50 and 300 mph.

Western meteorologists discovered the jet stream during WWII, when American bombers launched raids out of the Marianas to Japan and were constrained by ferocious headwinds, often as strong as 200 mph.

The Japanese were already well aware of the jet stream, and they were the first to weaponize the weather. Sometime in late 1944, they made strategic use of the strong Westerlies by launching over 6,000 balloon bombs into the troposphere. Japanese scientists hoped the balloons would ride the jet stream 4,500 miles across the Pacific to the American West Coast.

These paper balloons were totally unguided and would go wherever the wind took them. The bombs were ingeniously designed with a small, 33-pound, anti-personnel charge that Japan hoped would set the forests of the Pacific Northwest ablaze.

It’s estimated that some 600 balloon bombs actually made it to the U.S., though no one seems to know how they came up with that estimate. Only one did any damage. It fell from the sky over Bly, Oregon, in the spring of 1945, killing a woman and her five children.

A few unexploded balloon bombs have been discovered as far north as Alaska, and one was found as far east as Winnipeg, Manitoba, Canada. In a sense, Japan was therefore responsible for launching the first Intercontinental Parachute Missiles.

Wind is so much a part of every pilot’s life that it’s often amazing how some aviators take it for granted. Of course, it can be a negative as well as a positive.

Once, in Iceland many years ago, I was delivering a Cessna 340 from Dortmund, Germany, to Palo Alto, California, for a double engine change. It was May, not usually a windy time of year, and I had been sitting on the ground in perfect weather for a week, waiting for the winds to die down.

Each morning, I’d drive to the weather office, only to be told that headwinds were still over 100 knots between Iceland and Greenland and equally strong across the Labrador Sea to Canada.

Finally, I’d had enough and decided I needed to see this for myself. I launched out of Iceland, climbed to a low 6,000 feet to avoid the worst of the wind, trimmed for cruise and watched the GPS start to count up. And watched. And watched.

It didn’t count very far. Eventually, it settled on 60 knots, and that was proof that the Icelandic weather wizards were correct. I turned back and returned to Reykjavik at 270 knots.

In Hawaii, wind offers a low-altitude benefit that’s not available everywhere. Dillingham Airfield (PHDH) on the north shore of the Hawaiian island of Oahu offers a soaring school and glider rental with a twist.

The airport is far from the high airline traffic areas of Honolulu International, so Dillingham is well away from any possible conflicts with PHNL.

The small airport is especially notable for soaring enthusiasts because of its perpetual onshore Trade winds. These typically blow out of the northeast directly toward the side of the coastal mountains a few miles south of the airport.

The mountains turn the winds to strong updrafts so consistently that, if you launch from Dillingham and take a short tow to 3,000 feet, you could be virtually guaranteed excellent soaring all day along the ridge.. You could easily satisfy the five-hour endurance requirement for the SSA Silver soaring badge. (Theoretically, you could continue all night, but gliders are rarely equipped with an electrical system, so they usually have no lights.)

If wind can provide a free ride, it can also bring you back down to the ground before you’re ready.

I was flying a Malibu Jetprop from Miami to Oakland and elected to make my final fuel stop at the Albuquerque Sunport. As usual, most of New Mexico was severe clear, and KABQ’s nearly 14,000-foot runway 26, one of the longest civilian airports in the U.S., seemed to stretch to the horizon as I descended through the mountain pass that guards the eastern approach to the airport.

There was a Jet Commander on the ILS ahead, so I deliberately held the Jetprop a little above the glideslope to avoid any chance of a close encounter with his vortices.

We slid down the glideslope in formation, as if tied together by a two-mile rope. I watched the Commander close with the eastern runway threshold at what seemed a normal rate until it suddenly stopped being normal.

The airplane began to drop well below our mutual approach path toward the ground. At the same time, I saw the wings rock, and the Commander appeared to be slowing.

Next, a whorl of dust began to form just short of the runway threshold. Forewarned, I added power to raise my descent profile and saw the Commander touch down a hundred feet short of runway 26, accompanied by a large dust cloud.

A few seconds later, the tower announced, “Attention all aircraft. We have a microburst warning on the approach path to runway 26.”

The Commander rolled up onto the runway and tracked the centerline 3000 feet before turning off the active into Cutter Aviation.

Forewarned, I flew through the nearly invisible downburst at 500 feet AGL and landed 2,000 feet past the threshold. I turned off the active, and the lineman at Cutter parked me next to the Commander.

The Commander pilot was already out of the airplane and under the wing when I shut down. Fortunately, the tough little Jet Commander had survived the hit without any damage.

The wind had proven once again that it could be your best friend or your worst enemy.