As a semi-long-term senior editor of this magazine, I’m often asked about the benefits of buying a new aircraft over purchasing a used machine and versa vici. I’m well aware that a majority of readers might automatically vote for the less-costly option. After all, most intelligent buyers know that even if you can afford a new aircraft, you lose a major percentage of the purchase price the minute you taxi away from the dealership.

P&P editor-in-chief Isabel Goyer recently purchased a well-maintained and nicely renovated 1964 Cessna Skylane for personal and business use. That’s a wise choice if you want to keep other pilots guessing as to the airplane’s age without suffering any significant performance loss. Esthetically, a fully reconditioned ’64 Skylane can be hard to tell from a new model. It was one of the first to employ the signature swept tail and Cessna rear window. In fact, the Skylane’s basic configuration hasn’t changed much since those esthetic improvements in the early ’60s. There have been probably several hundred significant improvements made to systems, interiors, avionics, et al., but if you upgrade a post-1962 Skylane’s paint and interior to reasonable levels, many people won’t be able to tell the difference between the old and the newer Skylanes. 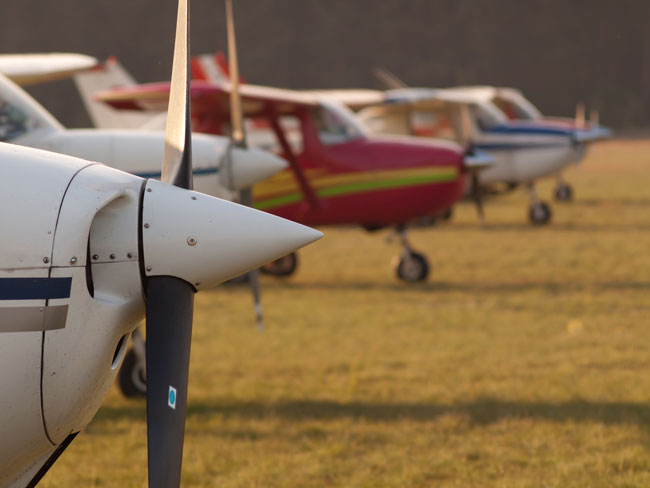 Plane & Pilot owned a totally rebuilt 1963 Skylane as a reader project airplane in the 1990s, and I flew that Cessna on dozens of editorial missions around the West Coast and Midwest. The Skylane was fitted with new paint, interior, avionics, wheel pants and instrument panel, and I often heard questions such as, “How do you like your new Skylane?”

As some regular readers may know, my personal airplane has been a 1969 Mooney Executive for several years, and there’s every reason to believe the Mooney will outlive me. Though folks who know Mooneys, and even many who don’t, wouldn’t have much trouble identifying my airplane as an older iteration of brand M, I’ve also done everything possible to upgrade the Executive’s paint, interior and panel. I’ve probably invested enough into my half-century-old bird that I could have purchased something newer, faster and more adept at navigating today’s airspace. My Executive is rarely misidentified as new, but it does have a passing family resemblance to the current crop of Mooney Supras.

Fortunately, family ties mean very little. I long ago stopped trying to impress myself or anyone else with the fact that I own an airplane, old or new. I’ve flown my Mooney to Oshkosh and Sun ‘n Fun a few times, utterly ignoring the complete financial idiocy of such a trip. The Mooney is one of the most efficient single-engine airplanes in the sky, but I figure the trip would still cost about three times the price of an airline ticket and require probably two additional days of travel. An airline flight would get me there and back in about nine hours.

I’ve had some folks ask why I’m not flying a late-model Piper Mirage or some other more modern super bird. The primary reason is the obvious one—money. As much as I’d love to have a late-model PA-46 gracing my hangar (though it wouldn’t fit into a typical T), I’m nowhere near that financial bracket. Apparently, I’m not alone in my decision to stick with a well-used but reconditioned airplane.

If I remember my GAMA statistics correctly, the average general aviation aircraft in the U.S. is 30 years old. That makes it a 1988 model. Most folks wouldn’t consider holding on to an auto that old unless it was to be used as a second car. Two cars is financially possible, but most sane, middle-class Americans would agree that two airplanes is one too many.

The current Mooney is my sixth flying machine, and all but one of the six-pack have been used. The one exception was a 1979 Mooney 231, basically a turbocharged 201, that I purchased, strangely enough, in 1979. After all the boxes were checked on the sales contract, I remember the price came out to $103,000. (Remember, this was 1979.) For that much money, I felt the airplane should have come with a circular driveway and a four-car garage. 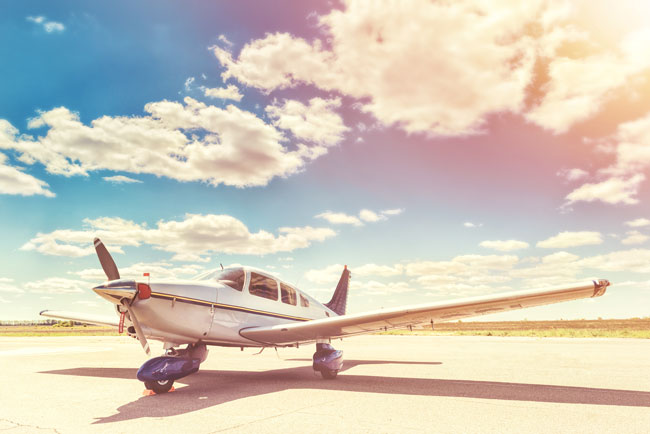 The 231 was leased to an avionics company for the first three years, and that helped deaden the pain—slightly. I never even saw the airplane until the end of the lease. It did help me solve a tax problem, however, and when I finally took possession of N231EC in the fourth year, I was happy with the family balance sheet.

Like all new aircraft, my 231 was warrantied. A strong warranty is another benefit of purchasing a new aircraft, though it’s less significant than when buying a new car. Some automobile manufacturers offer bumper-to-bumper warranties that extend for five to 10 years, especially on luxury brands. If you buy a used plane from a dealer, you may be granted a short warranty, typically 60 to 90 days, but that’s usually the limit of parts and maintenance surety. Buy a used machine from a private party, and you’ll usually be on your own after the handshake and handover of the cashier’s check.

One of the most obvious advantages of purchasing new, regardless of the tax benefits, is that you’ll be able to control how the airplane is operated from near-zero hours until you decide to sell. That means you’ll be the only one to break-in the new engine and all other systems.

Unfortunately, the state of the art and the limitations (and cost) of FAA certification often don’t allow for major performance improvements on newer aircraft. The extra cost of a modern model can buy options and standard features that improve navigation, cabin comfort, convenience and safety, but many of these may not be available at any price on a used aircraft. For some pilots, that’s a major consideration, especially for those who place safety above all other concerns.

An unquestionable feature of new aircraft over used is the availability of standard or optional systems that would be difficult or impossible to retrofit to a used bird. Though some minor, bolt-on improvements might be viable on a used airplane, there are a number of more complex additions that aren’t approved by the FAA and wouldn’t be economically feasible for retrofit if they were.

An anti or deice system would be prohibitively expensive to mount on a used aircraft in the aftermarket, assuming you could even secure FAA approval for the modification. I have a friend and former client in New England who got rich in the stock market and decided to install a TKS system on his beloved Mooney 201. Reed could have traded for a new aircraft with the deice system installed. Instead, I think the final cost for TKS retrofit was just over $40,000, about half what his airplane was worth.

Air conditioning would also be very costly to mount in the aftermarket, assuming it’s even available. As anyone knows who’s flown with an AC system providing cool air to the cockpit, a cool cabin can be more than a comfort assist, especially if you operate in the desert Southwest or Deep South in summer. A comfortable pilot makes fewer mistakes, and their passengers never have to wonder why their Kia offers AC as standard, while most general aviation aircraft don’t even list it as an option.

Many manufacturers also are embracing autopilots with exotic safety features that make it more difficult for pilots to fly into trouble. For the last few decades, one of the bright spots in the retrofit avionics market has been the STEC line of affordable rate-based autopilots. As far as attitude-based systems, the cost was too dear except for the most sophisticated (and expensive) used planes. The advent of the Garmin GFC700 brought intelligent, semi-robotic flight control to the not-so-little guy, and recently there have a been a number of autopilot introductions, from Garmin, TruTrak and others, that dramatically cut the cost of retrofit autopilots Some of these automatic flight control systems can limit roll and pitch, command wings level, and even serve as an emergency control system in the event the pilot becomes incapacitated. The ability of pilots to retrofit these sophisticated autopilots has fundamentally changed the used airplane market. 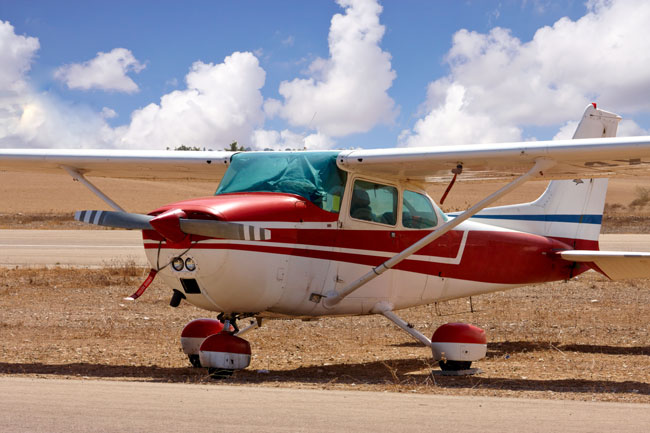 Another safety system that helps protect pilots and passengers is the full airframe parachute. These have resulted in nearly 200 “saves” in the past 20 years. One of the most recent was a new SR-22T being ferried to Hawaii in 2015. One of the ferry tanks refused to feed, and the pilot was forced to ditch the airplane several hundred miles northeast of Maui.

Since the pilot knew he’d be landing in the Pacific, he flew as far as he could, then deployed the Cirrus Airframe Parachute System (cleverly acronymed CAPS) and floated down to the water at a leisurely 18 fps, about 12 mph vertically. This gave him time to advise search and rescue and plan his escape from the Cirrus with Honolulu-based SAR aircraft in position to assist. He was picked up by a cruise ship that was alerted and vectored to him. (A rescue helicopter shot video of the chute deployment and splash-down—see “Aircraft makes emergency parachute landing in Pacific Ocean” on You Tube).

Yes, the full airframe parachute is available for retrofit to a few older, used aircraft, including Isabel’s 182. But the cost, again, is dear. About $20,000 installed that would go in an airplane, in Isabel’s case, worth about $65,000.

Regardless of what’s included in the equipment list, many used airplanes simply stop depreciating after a certain age and may even begin to gain value. Many models listed in Aviation Week’s Aircraft Bluebook, predominately older aircraft built before 1985, are worth more today than they cost new (though not in today’s dollars.)

New vs. used is a tradeoff. You may be automatically excluding yourself and your passengers from the safety and comfort benefits of new technology if you elect to buy used, but price is very often the ultimate deciding factor.

Used airplanes can provide a way to enter the market without breaking the family or corporate budget. Those pilots willing to settle for two seats, a cruise speed under 120 knots and limited avionics capability can easily enter the ranks of aircraft owners for under $50,000. Just remember that Mother Time and Father Nature exact an inexorable toll on any used aircraft, so comprehensive prebuy inspections should always be the rule.

Conversely, if you’re determined to buy new, you’ve either gotten lucky in life, done well in business or had your lotto prayers answered.