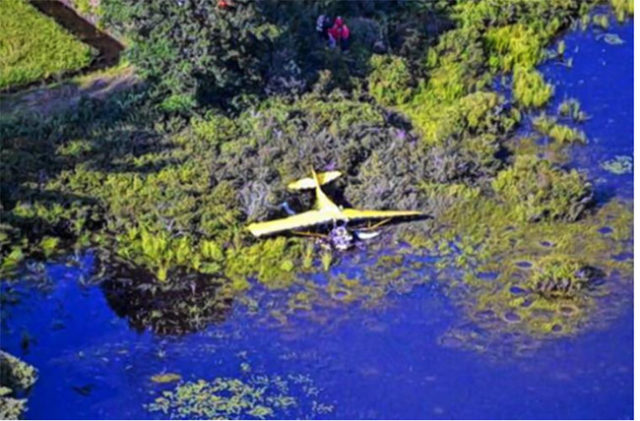 The pilot of a flight near Hanson, Massachusetts has died after being critically injured along with his brother the plane he was flying crashed near a bog. In the ultimate tragic irony, the brothers were scattering the cremains of their recently deceased father.

Killed in the crash was Scott Landis, who flew Blackhawk helicopters for the National Guard. Landis, who was well known in the aviation community, had reportedly borrowed the plane from a friend and gone up in the Champ to scatter the ashes of their father. Scott Landis’ brother, Patrick, was also critically injured in the mishap.

The crash was the first of two over a three-day period of planes based at Hanson. A parachuting plane flipped over on landing two days after the crash that claimed the life of Landis. The pilot of the jump plane, thank goodness, sustained only minor injuries, according to local news reports.