In aviation, a great paradox has always existed that to get a job as an airline pilot, one has to first build multi-engine time in airliners, but that can’t be done without being an airline pilot. That circular logic says that to get experience, you need experience. The traditional way to build that experience has always been instructing. And, if an instructor was lucky, he or she could also scrounge jobs flying small twins on short freight runs. A few years of bumming twin jobs and instructing would give an applicant enough experience to at least get an interview with the airline. If instructing wasn’t your bag—or the opportunity wasn’t available—you were out of luck. Then along came Eagle Jet International.

Formed in 1996, Eagle Jet International is an alternative to instructing. The company provides programs whereby potential airline candidates can build significant multi-engine time in both turboprops and pure jets toward getting hired for a regional airline. “Our original idea was to find a better way to build flight time rather than as an instructor,” says Eagle Jet founder and President, Rick Gabor. “At the time, there were too many instructors and not enough schools, so building time took forever.”

Eagle Jet specializes in building time in a hurry. The program is simple: Students come to Eagle Jet with a commercial certificate, and both multi-engine and instrument ratings. They’re carefully screened specifically for their instrument and commercial pilot skills. If they pass (and 30% don’t), they move into an intense and focused training program where they learn skills and procedures specific to the airlines. Then the candidate is placed into the right seat of a commercial Part 135 operator flying actual flights in aircraft that range from Beech 1900s and ATRs to European JAA-ATP Boeing 737 programs. The student pays for a specific block of experience in that aircraft, and packages run from 100 to 1,250 hours depending on the aircraft type. What the student walks away with is actual time in multi-engine aircraft flying commercial operations in real scenarios—something airlines are clamoring for.

“What we have is something of an airline pilot internship,” Gabor explains. “Students are paying for actual experience at a fraction of the price of a flight school.” For example, buying a block of 250 hours in a Beech 1900 is priced at just over $20,000 as of this writing. The same block in a Fairchild Swearingen Metroliner would run $21,800, while a 500-hour block in a Learjet or Falcon 20 would cost a student $33,500. These prices include everything from training (including ground school and sim time) to a line check in the aircraft. The operators aren’t part of Eagle Jet, but have an ongoing relationship with the company due to the quality of their pilots.

The training to be qualified as a Part 135 First Officer on most of these aircraft takes approximately four to seven weeks, and consists of turbine transition, ground school, flight and simulator training, and an FAA checkride. Eagle Jet International is based in South Florida, though they have training bases in different states. Once pilots are trained and qualified, they’re moved to one of several bases located throughout the U.S. and Canada, where the operators are based. Most flights are scheduled cargo operations and take place during the night. Each pilot flies approximately 40 to 60 hours per month. Most of the flights are domestic with some bases flying to Canada, Mexico and the Caribbean.

One big difference between Eagle Jet and other schools is that the experience isn’t simulator-based. It’s all revenue flights in actual aircraft. The programs give FAA licensed pilots the opportunity to gain airline multi-engine turboprop first officer experience, including operations to and from some of the largest U.S. airports. Airlines love real-world experience and give priority to applicants who have built time in turbine-powered aircraft, so Eagle Jet’s programs have been successful from the start. Currently, the number of aircraft being utilized for Eagle Jet International’s advanced training programs with contracted airlines totals over 400.

Building time quickly is even more critical now that new federal laws are in place that require additional training for airline first offices. The Airline Safety and FAA Extension Act of 2010 now mandates that airline first officers hold an air transport pilot (ATP) certificate. That ATP certificate requires, among many other stipulations, that a pilot be at least 23 years old and have logged at least 1,500 hours of flight time. This is an unprecedented change since, in decades past, first officers could get hired with as little as 250 hours.

The new and more stringent requirements are sending a lot of business to Eagle Jet, where a pilot could easily earn 800-900 hours of multi turboprop time in just a year. Ironically, Gabor isn’t happy with the new requirements. “This is bad for the industry,” he laments. “They have created a monster where it’s more expensive to become a pilot than a doctor.” Gabor adds that the key isn’t the number of hours, but the quality of training. “The problem is that domestic flight schools just don’t have much going on anymore. And if little airplanes are parked, then soon the big airplanes will be too. Our approach is to create airline pilots in the same environment where they will be working.”

The Eagle Jet International program is a unique system in an industry where tradition has always ruled. Many in the airline industry are trying to come up with ways to curb the pilot shortage that has already appeared, and internship programs like Eagle Jet’s may be one answer. Gabor agrees that it could be the way of the future. “Eagle Jet is expensive,” Gabor admits, “But we don’t skimp on training. It’s expensive to train novice pilots in exotic turbine aircraft. But it is possible, and we’ve proven it’s one way to turn out excellent pilots with real experience.” He adds that the results prove themselves. “Go through our program,” smiles Gabor. “If you think it’s no good, ask yourself how you got hired so fast.” 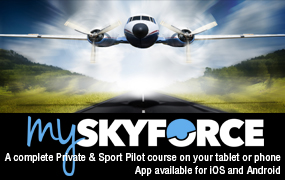