At the National Business Aviation Association Convention in Las Vegas, Plane & Pilot editor-in-chief Isabel Goyer presented the Plane & Pilot Turboprop Plane of the Year to Piper Aircraft president and CEO Simon Caldecot for the company’s  M600 single-engine turboprop. The M600 earned certification last year and Piper has already delivered many of the flagship planes. The strong sales are in large part because the M600 gives owners more of everything, great speed (274 knots), impressive range (1,484 nm) and better safety technology (with the Garmin G3000 avionics suite for starters). The M600, which is a development of the company’s popular PA46 line of planes, costs just under $3 million. Caldecott wouldn’t go into detail but hinted that there are more, interesting Piper products in the works already. 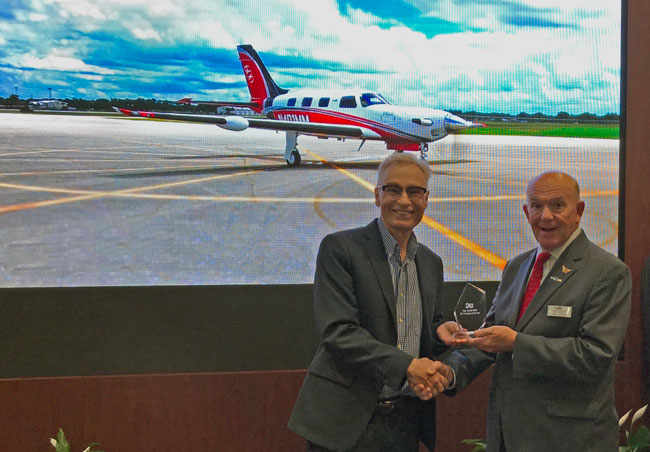