The City of Santa Monica opened Runway 3/21 for business late last year, and as you’re no doubt aware, it’s a lot shorter than it used to be. The shortening was approved as part of a backroom agreement with the FAA that will allow the city presumably to shut down the airport at some future date, possibly 2028, if it continues to provide services for the present time. Upon the airport’s reopening, Santa Monica mayor Ted Winterer called it “a great day for the City of Santa Monica and its residents,” though its clear that Winterer was excluding pilots and aircraft owners from his assessment of the event’s impact. 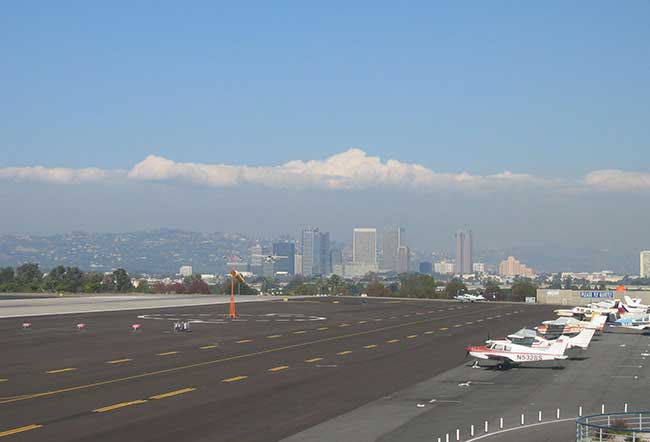 Santa Monica (SMO) has been around for nearly 100 years, and its historical importance in California aviation lore is impossible to overestimate. The airport was home to what is arguably one of the top three or four most important aircraft manufacturers in history, Douglas Aircraft, which operated from Santa Monica for decades and at one point employed 44,000 workers, before moving to the larger, more spacious Long Beach Airport when its jet-powered DC-8 outgrew SMO.  Since then, the airport has remained a critical reliever airport in Los Angeles and has been a prized GA destination for residents and visitors alike.

While shortening the runway is a bad deal for GA, it’s better than what the City wanted to do with the field, which was to close it altogether. Lopping off approximately 1,500 feet from the runway’s usable length makes it too short for many of the mostly small bizjets that operated out of SMO in the past.

Pilots flying into or out of SMO should familiarize themselves with the NOTAMs, the new runway and taxiway diagrams and new procedures—including fewer instrument approaches—associated with revised operations there.

On an ironic note, the airport’s 100th anniversary is in 2019. We eagerly anticipate the City’s commemoration of the event.