It’s a given that air traffic controllers like to talk. I mean, why else would we have chosen this career? I like to talk, and to my credit, most pilots hear what I say. But the question is, how many of them hear what I mean.

Over the years, I’ve spoken with pilots from around the world who want to know the answer to that second part. What do we mean by…fill-in-the-blank with your favorite confusing controller phrase. After a few questions, I can usually figure out precisely what phraseology they’re asking about. That’s the easy part. The next part is way more difficult: What did the controller really mean by it? 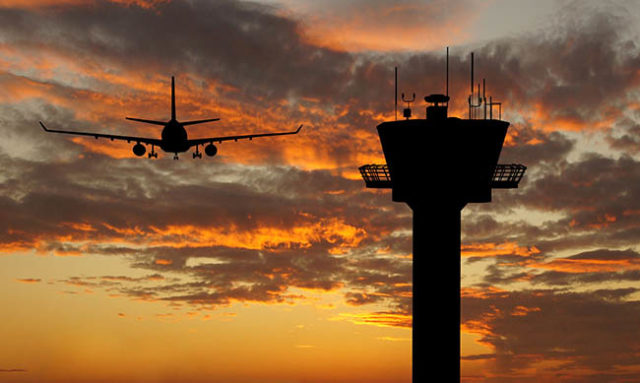 It’s complicated. Some of it is rooted in the regs. The relevant documents, the United States’ FAA JO 7110.65 and the international ICAO Doc 4444, both have explicit examples of phraseologies for controllers, as well as pilots, to use. The intent is to standardize words and phrases between pilots and air traffic controllers to simplify the language, as well as to reduce the volume of exchanges.

Pilots might think that the purpose of any air traffic control communication is to direct traffic and to keep it properly separated, but often there’s more to it than that. There are, in fact, a couple of factors completely unrelated to such common-sense concerns that help create certain communications and affect how others are said.

Just as pilots are interested in covering their backsides, controllers, too, know they are always being second-guessed. So, if an instruction doesn’t make perfect sense to you, the pilot, remember that the controller, like the pilot, might very well be playing it safe in order to deal with similar kinds of, let’s just say, unwelcome consequences.

If the instructions, clearances or communications you get from the controller don’t always make perfect sense, keep in mind that there probably is a good reason for how the message is being delivered and/or how it’s being phrased.

When we controllers get asked about certain kinds of communications, the answers aren’t always easy, short or straightforward, though there always is some kind of explanation. Here are just a handful of examples of common things a tower controller says and what they actually mean when they say it. Warning, some of this is not very complimentary to some controllers or some pilots!

1.“Cleared For Takeoff” Or “Cleared To Land”

If you are a pilot and have never heard either of these phrases, then you must be on final approach from another planet and beamed this magazine onboard to get a feel for the local species. For the rest of us, what they mean is this, and nothing more: The landing surface and inclusive safety area, as well as the trapezoidal airspace immediately above same, to which you wish to operate to is free of all obstructions including other aircraft, vehicles, personnel, wildlife, FOD or unacceptable contamination.

For departing airplanes, this is true when you start your takeoff roll, and, for arrivals, it’s in effect when you cross the landing threshold. Be mindful that it is not a guarantee of arrival/departure corridor airspace sterility. That is accomplished through “separation,” which is a separate function that is sometimes required and sometimes not.

Cleared to take off and cleared to land clearances refer only to the landing surface. It is the application of “anticipated separation” (in this case runway separation or even reduced runway separation on the runway) used by followers of the FAA JO 7110.65 and “reasonable assurance” for the ICAO Doc 4444 folks that allows a controller to issue the clearance to you with another aircraft/entity on the runway, knowing the runway surface (or your pre-agreed-upon portion) will be solely yours when you need it. To be clear, “Cleared for Takeoff” or “Cleared to Land” are clearances uniquely associated with the runway surface and not the sterility of the departure or arrival airspace corridor.

2.“Maintain VFR” (From A Tower Controller To A VFR Aircraft)

Pilots hear this one all the time, but when a tower controller is handling a VFR aircraft in Class D airspace and says “Maintain VFR,” it’s an instruction that’s unnecessary and arguably inappropriate. There are exceptions, of course, such as VFR aircraft below the minimum altitudes that request an IFR clearance, which the radar controller can’t issue under those conditions, and when a VFR aircraft requests a practice instrument approach and separation services are not provided. Otherwise, the controller who issued the instruction is just trying to make the transmission sound better while working in a tone of being just dismissive to let the pilot know the controller doesn’t really want to hear back from the pilot until absolutely necessary, if at all. Which should be the case in every transmission. VFR aircraft, by definition are completely responsible for their own separation (Class D), and to tell the pilot of a VFR flight to maintain VFR is arguably an insult. “Hey Mr./Ms. Pilot, make sure you do what you’re supposed to do!” Can you imagine the pilot reminding the controller to do what controllers are supposed to do? Yeah, it wouldn’t go well. Regardless, “Maintain VFR” is a controller favorite, and you’re likely to keep hearing it.

3.“Traffic No Factor” (Right After Issuing You Traffic)

So, you’re flying along in your Cessna 152 at a blazing 100 KIAS, and you get this from approach: “Traffic, Airbus 320, one o’clock, five miles, same altitude, crossing right to left.” And you think, “Hmmm 5 miles…1 o’clock…Okay?!” and then the controller says, “No factor.” “What?” you wonder. “Why did they even bother telling me?”

What the controller is probably doing is covering their behind. While the controller may not believe the Airbus was really essential traffic, perhaps someone else on the radio, or you, or even the Airbus pilot, may think otherwise. Traffic calls can be very subjective, while at other times they’re both required and sometimes crucial to air safety. Sometimes the facility watch supervisor has a different criterion for calling traffic based on their experiences, good or bad, and the working controller, knowing the supervisor might be listening, will call the traffic to appease their boss while still retaining a semblance of frequency authority. I’ve often used a close cousin of this: “Traffic (blah blah), SHOULD BE no factor!” The argument from controllers on both sides of this technique invariably deals with the issue of the traffic call itself. They say it’s either traffic or it’s not. Again, don’t expect to stop hearing needless traffic advisories any time soon.

This gem, no sarcasm intended, is usually heard by aircraft in the tower pattern or aerodrome circuit. It’s used by the controller typically to fine-tune the spacing between arrivals to the runway. The idea is to keep airplanes from getting too close in the pattern. The “square your corners” instruction can add 10-30 seconds to an aircraft in the base/final portion of the pattern and allow a previous arrival some time to vacate the runway for minimum separation standards. It is essentially just asking the pilot to make defined 90° standard rate turns instead of rounding off the turns from downwind to base and base to final. If you hear a controller use this, you can usually be sure that he or she is experienced and is working some volume, perhaps with dissimilar performance, and this is an effective and efficient way to make the magic happen. The opposite of this, when the controller directs you to fly directly to the runway end, can speed you up to make time for traffic coming in behind you.

When you hear this, it’s a hint. Controllers should not normally direct an aircraft on final to execute “S-turns” for spacing. However, if a controller does offer this “approval,” and it is usually offered without being requested by the pilot, be aware that it is no reflection on your performance but, rather, an out for both you and the controller.

By issuing the “S-turns” approval, the controller is trying to stretch out the spacing between the aircraft offered the S-turns and the aircraft ahead of it on final. Instead of asking for a 360° on final, which would build in too much extra time and probably turn the aircraft back into a succeeding arrival, the controller is allowing the pilot, if they can take the hint, to maneuver the aircraft around a bit (while still remaining roughly on a straight-in approach) to add some distance between it and the preceding aircraft.

This can help avoid a go-around and maximize the runway usage. It’s used frequently at my facility where the approach control sometimes dumps all the aircraft on final in rapid succession without apparent concern for dissimilar aircraft performance and airspeed reduction capabilities, all of which has made this instruction viable, if not a standard, control phraseology easily applied to keep the wheels turning.

I’m sure there are other phraseology enigmas that come barreling through headsets, leaving a trail of “what the heck?” in their wake. But in general, the logic, or lack thereof, remains largely the same. When attempting to understand the reason for a certain instruction, as long as following it won’t cause a problem, it’s often best to consider the thought process and workflow of the controller. If that doesn’t work, it’s probably best to assume the person in the tower had their reasons and leave it at that. If they have a problem with that, they’re sure to let you know.

One thought on “The Secret Code Of Controllers”