The other day, as I was pushing my trusty mount out of the hangar, a pilot was having trouble getting a rental Cirrus back in the hangar next door, so I stopped and gave him a hand. When we were done, and I returned to the job at hand, he asked me a question I've heard only a few times in my life, "Where are you from? You have an accent."

Accent? Me? I grinned and didn't point out the fact that the speaker had a fairly heavy accent of his own. Sort of Hispanic, but probably South American, not Mexico. At the time, it flashed through my mind, "How can he judge that I have an accent?"

Then he said, "I know I have an accent, but I've never heard yours."

I almost laughed. When I lived in N.J., I'd hear that question from time to time, but that was 25 years ago, and I hadn't heard it since.

Nebraskans (aka Cornhuskers) don't have a readily identifiable accent. At least not much of one. Mostly, we pronounce a few words differently. I still hear myself putting an "r" in the middle of "wash," for instance. I think that's Midwestern. Not sure. I know it sticks out a little when in a group that has a strong accent of its own, metropolitan N.J., for instance. But there, it sticks out because of the lack of the local accent, not the regional nature of mine. That marks me as not being a local.

With this subject on my mind, my student and I saddled up and ventured out into the dense radio traffic that blankets our busy big city airport. It's dense enough that by actual count, when I do a circuit of the pattern for a landing, I average saying my tail number 14 times from the time I contact ground control to taking off and touring the pattern. I'll say it many more times than that, if there's a lot of traffic and I'm taking mini cross-countries on up/downwind. As I'm doing this, my David Clarks are constantly pounding me with a profusion of accents and "radio voices" from the rest of the traffic that's hard to believe in its variety.

As far as the actual accents go, they're all over the place. And I mean all over. Because Scottsdale's paradise-like winter weather attracts a lot of high-rollers from all over the globe and it hosts a lot of conventions, the registration numbers on the jets can get a little bewildering. We're up to our butt in "C"s (Canadians escaping their local weather) and "X"s (Mexico is only 150 miles south), with a fair number of "G"s (England) and a surprising number of "HB"s (Switzerland) with their national red cross (which differentiates it from Liechtenstein, in case you were confused). However, about once a month, I'll ask ground control what a new-to-me registration prefix represents.

How often do you see an "HP" (Panama)? Or "5Y" (Kenya)? Or "4X" (Israel)? The list is long and impossible to decode without help.
Invariably, of course, the unusual registration numbers come with an accented narrative courtesy of a foreign pilot. For the most part, we don't think much about it because foreign accents in the pattern are so common. Also, we have a number of Chinese-oriented flight schools in the area, so it's seldom that our pattern is all-American, rather than sounding like a U.N. convention.

Personally, I get a kick out of the U.K. pilots and their so-proper way of communicating. I like the Aussies, too, because it's vaguely English, but with their own personality overlaying it. I'm impressed, however, when I hear a pilot who's obviously working with a second language and doing it so well. Often, you know they're struggling with finding the right words and pronouncing them correctly, but it's seldom that they're not totally understandable. Often, their diction is better than the natural English-speakers in the pattern. A lot of our regional accents and our naturally lazy diction are clearly evident.

I don't think there's such a thing as an Arizona accent. So, the few actually-born-in-Arizona pilots are the baseline from which other accents can be measured. Everyone else sticks out. Especially those regional accents like N.Y./N.J. and Ga./Ala., etc., that are so identifiable. However, what really sticks out are the few pilots who put a personality into their transmissions. Often, that personality will be in a form that converts the usually terse tower-talk into borderline conversation. No monotone or abbreviations there. There will be a lilt and flow that makes every one of them sound like friends. And likable.

And then there are the few who have a Chuck Yeager-like, no-kidding pilot sound to them. They may be using exactly the same words and phraseology as everyone else, but their words stroll along with a slight drawl to them. Maybe the voice originates in the back of their throat, so it's a little deeper, with a gravelly edge to it and a honey-like slickness that makes everything seem as if you're listening to a slow-talkin' country singer introducing his next tune. And for some reason, there's a little cowboy edge to it that instills confidence in the speaker—as if you know he'll do exactly what he says he'll do, and he'll do it well. You visualize him in the cockpit with his chiseled features; hard blue eyes; slim, ripped physique; and some gray at the temples of longish hair. I've made it a point to avoid meeting those pilots. It would be disturbing to find him to be a bald, stubby, overweight geek-type with thick, horn-rimmed glasses (think Newman in Seinfeld).

Some day, I may work up the energy to see if the tower folks will let me listen to tapes of myself on the radio. One of the hardcore facts of life is that none of us actually know what we sound like to other folks. The few times I've heard my voice on recordings, I've been embarrassed. Really? That's me? Remember the Newman-type above? That's who I picture when I hear myself. Embarrassing! Thankfully, I don't fly an embarrassing airplane. So, maybe that offsets my voice. I hope. 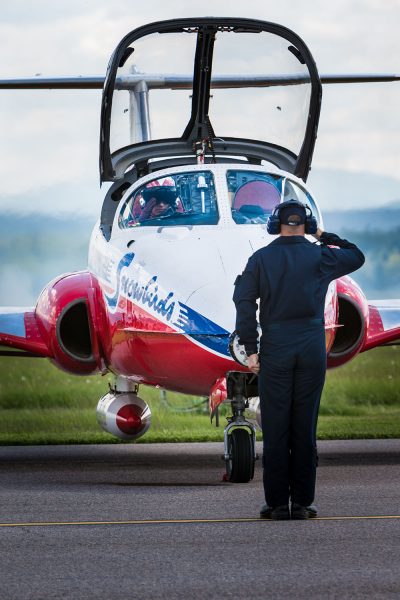 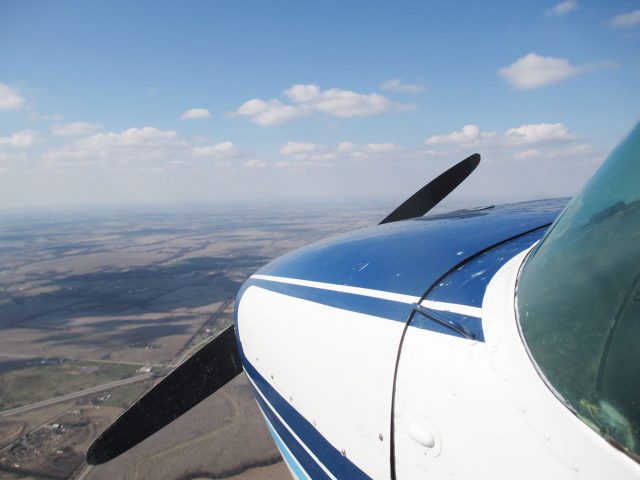 2 thoughts on “The Aviator Voice”