As a young Civil Air Patrol cadet, I struggled with the timing of calling drill commands while marching. Calling, “To the rear, march,” on the wrong foot, as I often did, resulted in a bunch of heavy sighs and some sharp criticism from cadets with more stripes on their lapels than the two on mine. Learning to hold the course a few extra strides before calling the command gave me a moment to get the rhythm in my head, and everything went to plan. In the business of airline flying, sometimes you make an unplanned return to the departure airport. These airborne returns may be caused by any one of a number of problems—medical, mechanical, meteorological. Just like when I struggled learning to call a marching cadence, taking a moment to get all the players on the same beat when you’re about to land somewhere other than the intended destination helps ensure the rest of the flight is properly orchestrated and not a jumble of solos that duplicate efforts, or, worse yet, wind up with conflicting actions.

Atlanta to Monterrey, Mexico, was one of our longer flights in the regional jet. On a good day, it’s a piece of cake: Load a plane full of people and baggage, take on the appropriate fuel, and be on your way. The good days, however, aren’t guaranteed. On this trip, Monterrey forecasts called for widespread marginal visibility, so we had an alternate deep in the heart of Texas. That meant filling the fuel tanks completely. Despite proper technique and a few choice words that’d satisfy any jilted mechanic, our fueler couldn’t get the valves to open for the center fuel tank. Fueling ceased well short of our minimum fuel, and maintenance swapped us to another plane. The second airplane also merited a call to maintenance to verify that the fluid leaking from it was remnants of deicing fluid and not hydraulic fluid. It’s easy enough to tell the difference most of the time, but the amount of grime around the gear leg, combined with a prior write up for a hydraulic leak, left us wanting assurance from a mechanic that we were good to go. “It tasted too sweet for hydraulic fluid,” the mechanic joked as he signed the book and sent us on our way. 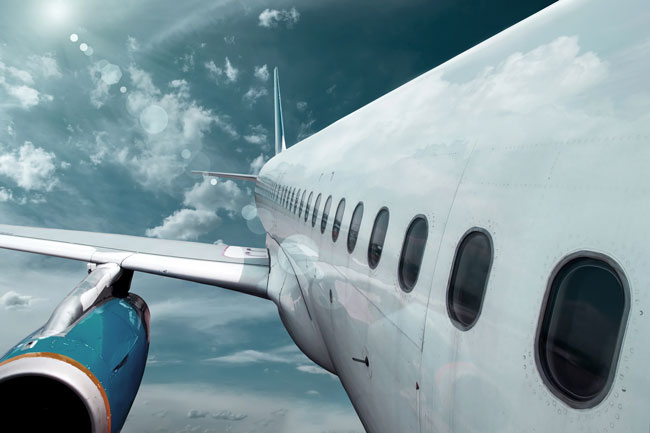 At this point, our flight was already an hour and a half late. The increased fuel load left us with a limited payload capability, and we wound up playing out a dozen weight and balance scenarios to get the airplane within weight and balance limits. We had to get bags off to get to our max takeoff weight, and then we had to shuffle the remaining bags to get the CG forward enough. It was likely less-than-inspiring for our passengers, as the ramp crew shuffled bags on, off and within the plane.

Finally fixed, fueled and finagled into a state of balance, we pushed off the gate, took off and headed west. The captain and I both regretted the bags we left behind, but part of the job is not dwelling on past actions when there are still threats ahead. As we chased the sun to the horizon, we began to focus on the challenges of our arrival. I got the weather for Monterrey, where visibility was falling rapidly. There’s only one ILS approach to Monterrey; our GPS approach capabilities are LNAV only—it’s a non-precision approach. Our options were fading fast.

I sent my dispatcher a series of questions. How confident was she in the forecast? Was there a city nearer than our filed alternate to use as a backup plan that would give us better loiter options? We mentioned that our duty day was nearly used up—a diversion meant we’d pretty much turn into pumpkins wherever we landed.

She replied quickly that one of the border towns had acceptable weather but an international flight making an unexpected arrival is a paperwork nightmare when it comes to the customs and immigration side of things. In the decision-making process, this is a factor that has a variable significance—when we’ve got fuel and time, we give it more consideration than we would if we had an engine fire and just needed a strip of concrete to ensure a safe outcome.

A revised forecast for Monterrey came out, and it showed visibility below ILS minimums until sometime the next day. We weren’t going to be landing there. Two minutes later, a message from dispatch came back: “The sector manager just chimed in. Come back to Atlanta.”

In general aviation, I’ve changed my destination plenty of times. Weather, maintenance and medical needs of passengers have caused me to land at airports where I hadn’t planned to stop. Sometimes in general aviation flying, it was simply that I wanted to get out and stretch. I’ve watched senior pilots get wrapped around the axle while struggling to cover all the bases. After air returns for a number of reasons, I’ve learned to prioritize the parts of the process.

Step one—and this one is the most difficult sometimes: Wind your watch. Take a deep breath before doing anything else. Assess the situation and take in the big picture. All diversions and air-returns are not created equal. A customer in the throes of a seizure merits more rapid decision-making than changing your destination because of weather. On this example, we had plenty of fuel, made even more so when we’d have a 108-knot tailwind once we turned back, instead of the headwind we’d been bucking.

Step two: Make sure the entire team knows the plan. The captain and I took a moment to look at the chart and guess that we’d be making a near-180-degree turn to the left and heading for the WARRR arrival into Atlanta. We called the flight attendants to break the news to them before we made an announcement to the passengers. “These folks are livid as it is,” one attendant told me. “This is just throwing a match in the gas can.” Adding to the challenge of explaining our predicament to the passengers was the language barrier—many of our passengers spoke little or no English. I took a few minutes to weigh the cabin announcement as we started a turn to the south. I envisioned non-English speaking passengers frustrated once we broke out of the clouds on approach if they only then realized we weren’t in Mexico. The flight attendants had befriended a man who spoke English and Spanish fluently; they used him to help clarify our bad news a few minutes later.

Step three: Set up for your return. Getting the Atlanta weather, calculating the landing distance assessment, and setting up for the approach are more important than knowing where we’d park once on the ground. Always try to remember which tasks must be completed while airborne and which ones can be done on the ground, with the parking brake set.

Step four: Be the bearer of bad news. “Shall you or shall I?” the captain asked. I offered to make the announcement. It went something like this.

“Friends, [long pause] this is your pilot speaking. We’ve certainly had our share of challenges today. Again, we apologize for the delays getting you out of Atlanta this afternoon, but at this point it looks like we must return to Atlanta. The weather in Monterrey is below limits for us to land. If we divert to another airport, the challenges of customs and immigration, the limits of our duty day, and the fact that Monterrey’s weather isn’t predicted to improve until tomorrow means that we would all be stuck with no options for continuing your travels. Logistically, we will be able to get you to Monterrey faster from Atlanta than anywhere else in the system. This decision does not come lightly—we pilots, our dispatcher, several managers from our airline and from our main line partner all considered this situation. We agree this is the best route to get you to your destination safely and as quickly as possible. From here, it’s a little more than an hour back to Atlanta, and the flight attendants will continue cabin service for you as we return. While we are happy to answer any questions we can, please understand that we’re still ironing out some details even as I speak. We’ll relay more information as it becomes available.”

As we flew the arrival into Atlanta, we tried to find out where we’d park on arrival. Everyone we contacted passed the buck. “We’re planning for you, but won’t know where exactly to put you until you’re on the ground.” There were a lot of moving pieces in the puzzle, and it took 20 minutes after landing before we had a gate assigned. Nobody had to clear customs, at least, but they did need to park us on an international concourse where the customer service agents were fluent in Spanish.

As we pulled into the gate, the captain began to laugh and shook his head slowly. His sense of humor runs fairly dark to start with, and, as he set the parking brake, he looked at me with a crooked smile and a cocked eyebrow. I figured that what came next would be gallows humor, an HR infraction or some combination thereof.

“We didn’t end up anywhere near the destination, but hey—everyone is in the same ZIP code as the bags we left.”

Some days, you just have to take the silver lining wherever you can find it.