Pilots are expected to know lots of stuff. So it should come as no surprise that they like all the help they can get when memorizing, analyzing and calculating aviation concepts. This is one reason why there’s so many mnemonics and abbreviations associated with flying. Pilots are also aided with staying on top of things by the various rules of thumb. According to Wikipedia.com, a rule of thumb is “an easily learned and easily applied procedure for approximately calculating or recalling some value, or for making some determination.”

Pilots can use these approximations, which deal mostly with operations and performance, as shortcuts to information that normally requires much more drudgery to uncover. It’s important to note that while aviation rules of thumb often provide answers that are almost identical to those produced longhand, they are, in fact, estimates. If you find that aircraft performance or the like is particularly critical, it’s best to use charts and computation in lieu of a rule of thumb. With that said, there are many excellent rules of thumb out there. Let’s take a look at the most utilitarian. 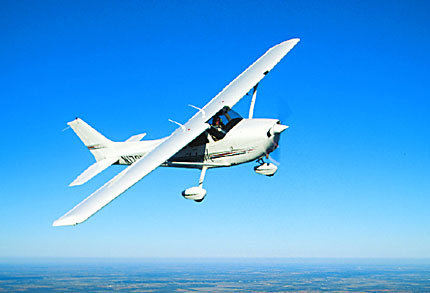 10. A True Rule Of Thumb.
What good is a rule of thumb if you can’t really use your thumb? Well, believe it or not, your stubby finger is good for something other than hitchhiking. For the average individual, the length between the tip of one’s thumb to its midpoint (the knuckle where it bends) equates to about 10 nm on a sectional chart. This can be helpful when eyeballing distances, such as for a quick deviation, although it’s not recommended to use this method to measure an entire route or to stay clear of unfriendly airspace.

8. Starting Down.
One thing pilots of all experience levels struggle to grasp is when to start down from cruise. I remember riding in the jumpseat of a regional jet while the pilot flying was having a bad day determining when to descend. We ended up overhead the airport at several thousand feet, i.e., a bit high. Knowing when to start down so the descent remains at a reasonable rate is a critical piece of information, regardless of the type of aircraft flown. In most circumstances, it’s smart to plan on a three-degree descent, which equates to a gradient of 318 feet per nautical mile (the problem is that 318 isn’t a mathematically friendly number).

The descent rule of thumb is used to determine when you need to descend in terms of the number of miles prior to the point at which you desire to arrive at your new altitude. This is accomplished by dividing the altitude needed to be lost by 300 (clearly a much more pleasant number to work with). So let’s say you’re cruising at 7,000 feet and you want to get down to a pattern altitude of 1,000 feet. The altitude you want to lose is 6,000 feet, which when divided by 300 results in 20. Therefore, you need to start your descent 20 nm out (of course, you’ll want to leave some extra room so that you’re at pattern altitude prior to the proper entry, as applicable). The beauty of this rule of thumb is that you can use it to determine visual descent points (VDPs) as well. Just divide the height above threshold by 300, and you’ll get a VDP in miles from the runway.

7. How Fast To Descend?
While it’s nice to figure out when to descend, that’s only part of the picture. It’s also necessary to know what rate of descent (ROD) to use. Consequently, rules of thumb No. 8 and No. 7 go hand in hand. To determine ROD for a three-degree path, simply multiply your groundspeed by 5. If you’re going 120 knots, your ROD to fly the desired path would be 600 feet per minute (120 x 5 = 600). This makes sense. In No. 8, it was determined that a descent should be initiated at 20 nm to lose 6,000 feet. If the groundspeed is 120 knots, that means the aircraft is zooming along at 2 nm per minute. So to go 20 nm, it will take 10 minutes. Ten minutes at 600 feet per minute means you’ll lose 6,000 feet. Voilà!

6. 10/20 Rule Of Speed.
Rule of thumb No. 6 deals with speed and ground roll for both takeoff and landing. If you increase your groundspeed by 10%, your ground roll will increase by at least 20%. The actual amount the ground roll will change varies among aircraft (thus, the words “at least” have been emphasized). According to the Cessna 172P takeoff and landing charts, “for operation with tailwinds up to 10 knots, increase distances by 10% for each two knots [of wind].” A 10% change in groundspeed, which would be about five knots, brings forth an increase in ground roll of 25% (unmistakably more than the rule’s 20%). In general, though, if you fly too fast, you’ll land long.

5. 10/20 Rule Of Weight.
Rule of thumb No. 5 states that a 10% change in weight will cause at least a 20% change in takeoff and landing distances. More weight requires more runway. This rule, too, has some variation in ground-roll numbers among aircraft. A review of Cessna 172, Piper Warrior II and Beech Duchess data shows that a 10% addition of weight yields a 22% to 25% increase in distances. Obviously, if performance is critical, you’ll need to do some calculating. Even so, both 10/20 rules steer you to consider the influences of weight and speed on aircraft performance.
Advertisement

4. Easy Density Altitude.
Ever see a Koch chart? It’s used to determine density altitude and it can be more than a little perplexing. Instead of mulling over yet another “spaghetti chart,” use rule No. 4. For every degree of Celsius variation from standard temperature, density altitude (DA) changes by 120 feet. Increases in temperature cause DA to go up; decreases make DA go down. There’s even a formula: DA equals pressure altitude plus 120 times the difference between actual air temperature and standard. So if you’re at sea level, the altimeter is 29.92 and it’s 25 degrees C, DA could be calculated by adding pressure altitude (zero, in this case) to 120 times the result of 25 degrees C (actual) minus 15 degrees C (standard at sea level). Crunching the numbers gives a DA of 1,200 feet.

3. Density Effects.
Wouldn’t it be nice to know what each degree temperature change does to takeoff performance (other conditions remaining the same)? Rule of thumb No. 3 steps in to answer this challenge. For each degree Celsius of divergence from standard, the takeoff roll changes by roughly 1%. According to the Cessna 172P manual, a takeoff at sea level with standard conditions would require a roll of 890 feet. Up the temperature five degrees, and the roll jumps to 925 feet, just under a 5% boost.

2. Abort! Abort!
If you haven’t heard of rule of thumb No. 2, you need to take some time to get cozy with it now. It states that an aircraft should achieve 70% of its flying speed by the time it has consumed 50% of the runway or an abort is in order. This halfway point is so important that there’s now a sign available to mark it, which has a “1/2” on it (see AIM Figure 7-5-1). You may be wondering why you need more than half your speed when you’ve only used half your runway. This is due to the fact that acceleration doesn’t occur in a linear fashion. You can actually calculate the percentage of liftoff speed required for any given distance of runway with the formula 10 times the square root of the percentage of runway used.

1. Grain-Of-Salt Rule.
This is probably one of the best rules of thumb out there. It reiterates the importance of skepticism by pilots in regard to what’s in the performance section of aircraft manuals. According to the Piper Warrior II manual, the performance charts “do not make any allowance for varying degrees of pilot proficiency or mechanical deterioration of the aircraft.” Thus, performance data reflects the best-case scenario and realistically is underestimated. Considering this premise, rule No. 1 rightfully declares that all performance data should have at least a 20% safety margin tacked on as insurance. If the performance required is so tight it doesn’t allow for this leeway, it may be best to rethink the situation.

CONCLUSION
It doesn’t take a rocket scientist to figure out that rules of thumb aren’t meant to replace performance charts or good judgment. They can, however, help pilots understand the influences of different performance factors on their aircraft, which should, by default, help augment safety. Whether helping measure the distance remaining to a checkpoint or preventing the continuation of a takeoff gone awry, rules of thumb can be excellent additions to the arsenal in a pilot’s mental flight bag.