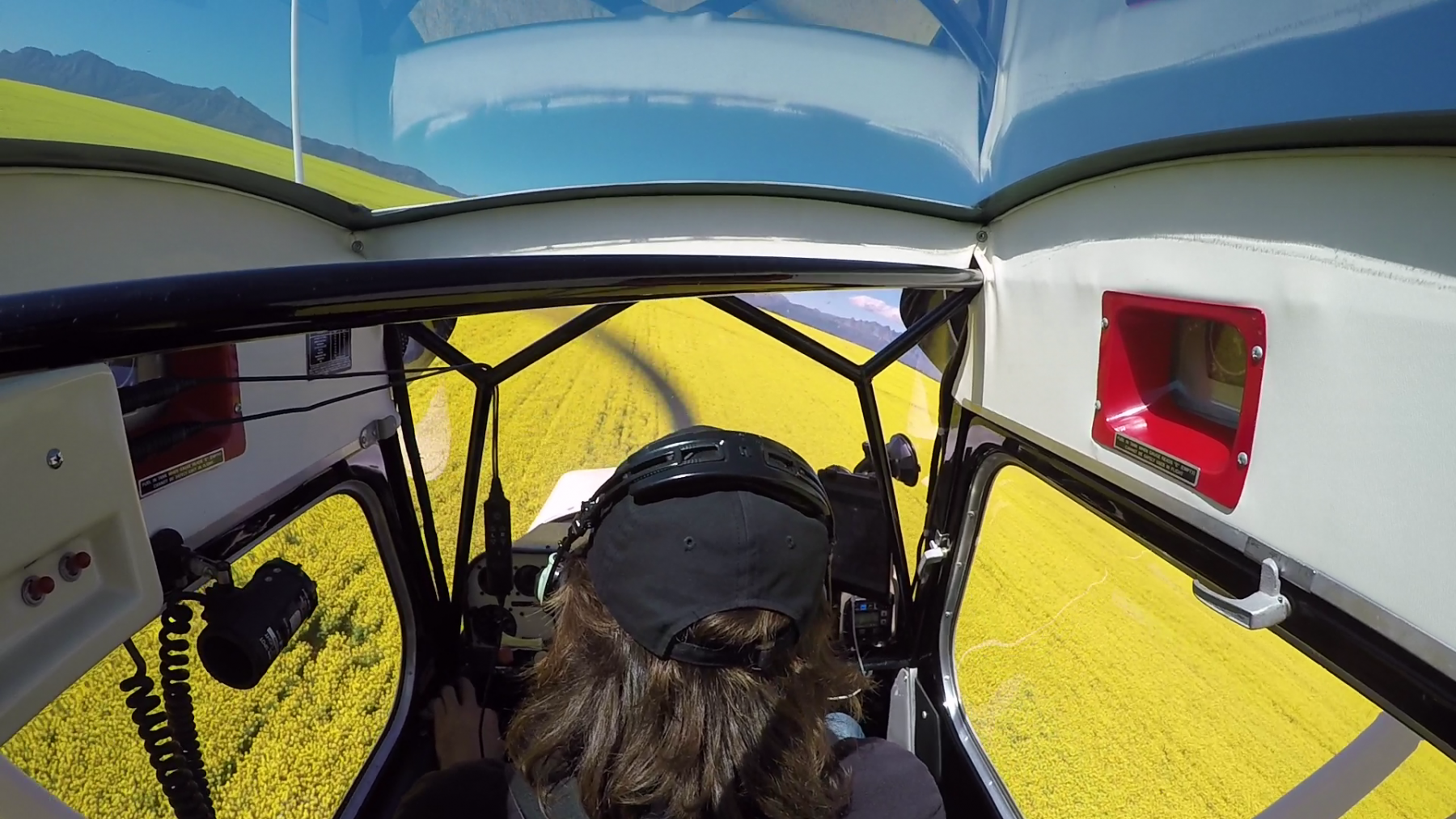 David Gibbs set up his GoPro Hero 4 above his rear seat passenger's head in his Citabria Explorer and captured this stunning shot of canola fields near Cape Town, South Africa.
Advertisement